Dhoni to be blamed for India's ouster: Chetan Sharma

"I think the entire team should not be blamed for the exit.

"Only Dhoni is to be blamed. He should accept his responsibility and stop blaming rain (for India's ouster)," Sharma said about Dhoni's excuse following the heavy defeat against Australia in their first Super Eights game. Sharma was aghast with Dhoni's decision to leave experienced off-spinner Harbhajan Singh out of the crucial Super Eights match against South Africa on Tuesday.

"Seeing Harbhajan not playing such an important match was shocking and depressing as well. A bowler who has over 400 Test wickets shouldn't have been left out of the team," he said.

"If his horses for courses policy is to be implemented then Harbhajan should have made it into the team," Sharma said during the launch of Coca Cola's Under-16 cricket tournament in Delhi.

India beat South Africa by a solitary run in Colombo on Tuesday but still they failed to qualify for the semi-finals due to Pakistan's superior run-rate, courtesy their crushing nine-wicket loss against Australia.

And after India's elimination from the World Twenty20 last night, Dhoni had once again blamed the short rain intervention against Australia as one of the reasons for their early departure from the event. 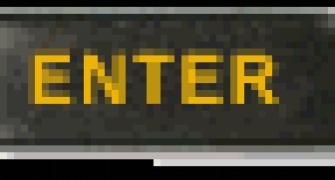 T20 flop show: Time to introspect for some seniors