India rise to No 3 in T20 rankings

Riding on the huge win over England in the group stages of the ongoing ICC World Twenty20 in Sri Lanka, India jumped four places to claim the third position in the Reliance ICC T20 Championship table, which was released on Wednesday.

South Africa head into the Super Eight stage as the number one ranked team.

Meanwhile, Suresh Raina is the lone Indian to feature in the top 10 list for the T20I Player Rankings for batsmen.

Even though Raina dropped two places in the recently-released chart, the left-hander still occupies fifth place with 730 points.

Another Indian to rise in the chart is opener Gautam Gambhir, who is 13th (up three places).

McCullum's knock of 123 against Bangladesh, the highest in the history of Twenty20 International cricket to date, also helped him achieve a career-best rating of 849.

The batsmen from Asia have made the most impressive movements in the batting table ahead of the Super Eight stage, which starts in Pallekele on Thursday.

No Indian, however, found a place in the top-10 bowlers' ranking, which is being headed by the spin trio of Saeed Ajmal (Pakistan), Graeme Swann of England and Sri Lankan mystery spinner Ajantha Mendis.

Comeback man Harbhajan Singh, who claimed four for 12 against England, India's best figures in a Twenty20 International, broke into the top 20 and is now at 17th place (up by five).

By virtue of his all-round performances in the two group matches, Watson continued to retain his number one position among all-rounders. 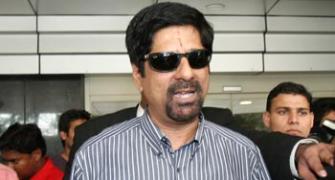 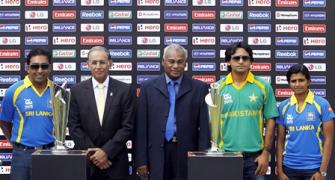 Sehwag intent personified at the nets 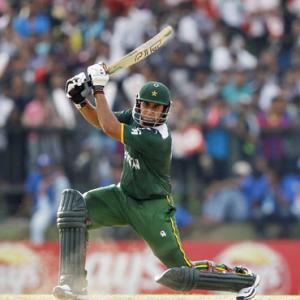