News
Business
Movies
Sports
Cricket
Get Ahead
Money Tips
Shopping
Sign in  |  Create a Rediffmail account
Rediff.com  » Cricket » Why Sangakkara is among the best of his era

One of the leading cricketers in world cricket for the last 15 years, he played 134 Tests, during which he scored 12,400 runs, took 182 catches (131 as a wicketkeeper) and effected 20 stumpings.

Rajneesh Gupta celebrates his illustrious career with a statistical outlook. 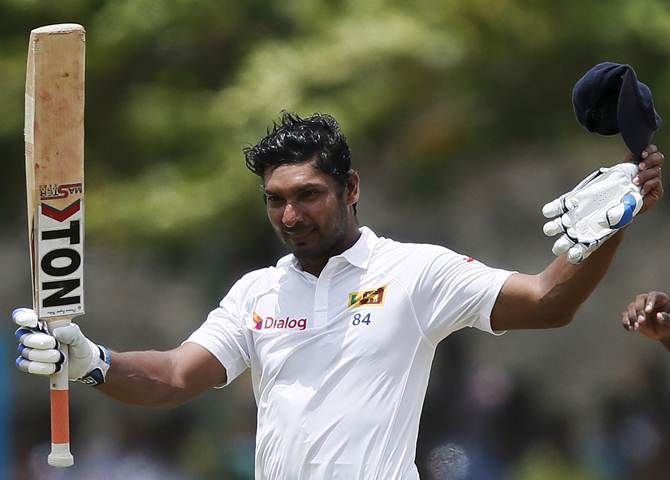 IMAGE: Kumar Sangakkara acknowledges the applause of the crowd as he walks off the field after being dismissed on Day 3 of the first Test between India and Sri Lanka in Galle. Photograph: Dinuka Liyanawatte/Reuters

Sri Lankan batting legend Kumar Sangakkara retired from international cricket after the second Test against India, in Colombo, on Monday.

The 37-year-old left-hander is the island nation's most successful batsman, having finished with an impressive tally of 12,400 runs in 134 Tests and an average of 57.40.

He also left his mark in limited-overs' cricket, scoring over 14,000 runs in 404 One-Day Internationals before calling it quits after the 2015 World Cup.

A look at the left-hander's record in international cricket: Sangakkara enjoyed a good record against all nations, his lowest average being 40 against England.

He also relished playing against Pakistan, hitting 10 centuries in 23 matches for a tally of 2,911 runs, while against India he scored 1,352 runs, at an average of 52.

He is one of the rare sub-continent batsmen who excelled both at home and away, averaging 61 and 54 respectively.

Sangakkara's record against each country: IMAGE: Sangakkara applauded by New Zealand players as he leaves the field at the end of play after surpassing 12,000 Test runs in Wellington, January 4, 2015. Photograph: Hagen Hopkins/Getty Images

Sangakkara is rightly rated among the best batsmen of the last two decades, alongside greats like Sachin Tendulkar, Ricky Ponting, Rahul Dravid, Brian Lara, Jacques Kallis and Rahul Dravid among others.

He is fifth in the run-scoring charts in Test cricket with a huge tally of 12,400 runs, which includes 38 centuries and 52 fifties in 134 Tests.

Sangakkara took a liking to India's bowlers, scoring his maiden Test century, an unbeaten 105, in the first innings of his first Test against India in 2001 at Galle.

In his previous series against India in 2010, he was in supreme touch, scoring a hundred and a double in successive matches.

However, he failed in his last outing against the Indians, dismissed by Ravichandran Ashwin in his all four innings. He failed to live up to expectations, managing just 95 runs in the four innings.

Sangakkara against India in Tests:

Figures updated till the 2nd Test in Colombo. 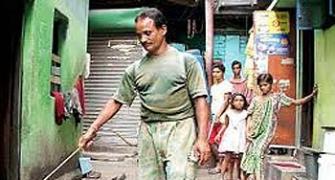