'The decision to play T20 World Cups every two years is a conscious one to try and position T20 as the growth format of the game across all of our members.' 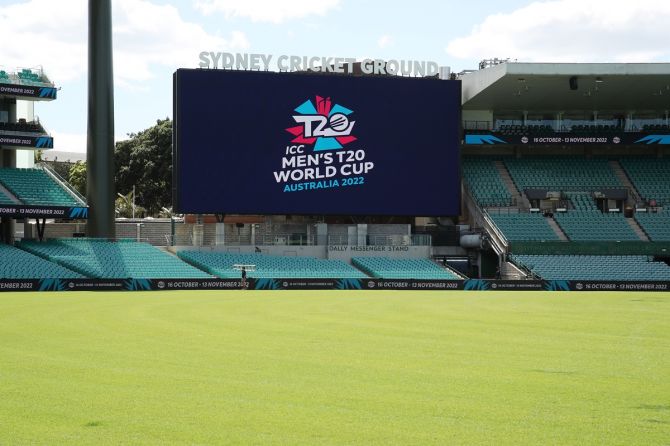 The International Cricket Council emphasized on Monday that a two-year T20 Word Cup cycle is important for the growth of the game, as it is the format that is contested by all its members.

The global governing body last week announced the schedule of ICC events from 2024-2031 with a tournament slated to be played every year.

"We've got different events in different formats. I think the decision to play T20 World Cups every two years is a conscious one to try and position T20 as the growth format of the game across all of our members," ICC CEO Geoff Allardice said, replying to PTI's query during a media round table.

"The tournament we've just finished in the UAE and Oman was the first one in five years which, given the amount of T20 International cricket being played and the fact that so many of our members are playing that format, is too long.

"The aim is to get it on a two-year rotation so that in terms of that event that becomes a more consistent frequency.”

Talking about the ICC Champions Trophy, which was last held in 2017 and will next be played in 2025, Allardice said the tournament is a "focal point" for ODI cricket midway the four-year World Cup cycle.

"In terms of the Champions Trophy it's a very popular, well-supported event. I think it's short and sharp and you know, high entertainment in the ODI format and it also provides a focal point for ODI cricket in the midway between the Cricket World Cup cycle of four years.”

In the recent T20 Word Cup there was a trend that teams winning the toss and opting to bowl would emerge victorious. Asked about it, Allardice assured that the same wouldn't be the case during the next edition.

“One of the things about cricket is that when a certain trend establishes itself, the teams and opponents work out a way to counter that. I think if there's a perception that winning the toss, winning the game existed in this tournament, I'm sure when the teams gather in Australia in 12 months the dynamics will be different.

“And I think, whether it's tactics, talking to various people, it didn't seem to be one obvious reason why that was the case. And I'm sure that coaches and the analysts and the players will work out a way to counter that.”

A Working Group was set up last week by the ICC to review the status of cricket in Afghanistan in the light of recent political developments in that country.

ICC chair Greg Barclay asserted that the body will continue to support Afghanistan as member of the ICC while encouraging them to continue to take an inclusive approach to cricket.

“At the moment Afghanistan are a full member of the ICC. Now, the position is that we want to continue to help them with the cricket programmes in the country, both men's and women's.

“We will continue to do that. Having said that there are certain criteria that any country needs to comply with to remain a member of the ICC, we haven't seen the transgression of the membership criteria.

“We will continue to support them as member of the ICC, and encourage them to continue to take an inclusive approach to cricket and continue the progress that's being made and that includes men's and women's cricket. And if that is the case, we will do what we can to support them.”

The ICC had put former CEO Manu Sawhney on forced leave after a workplace culture investigation earlier this year, subsequent to which he resigned from the post.

Shedding light on the investigation, Barclay said, "The ICC took a cultural assessment for two reasons. One, it's good governance to have an ongoing sanitary check into how the organisation is operating, which is what we did.

"And, secondly, the last few years, through COVID, have been difficult particularly at a board level, so we just want to make sure that the other key tenants have a good operating board, trust, free speech, communication, all of those things were where they should be.”

Barclay added that he plans to undertake a cultural assessment every year.

“Cultural assessments are pretty usual, certainly, as far as I'm concerned in terms of ensuring best practice procedures are followed. I'll be carrying out probably on an annual basis."

‘Discrimination has no place in the sport’

With English cricket being rocked by allegations of racism, the ICC maintained that it doesn't stand for discrimination of any kind.

“It's something we have been watching really closely and watching with the degree of interest, cricket is for everybody, it's an inclusive sport. And we've got to ensure that we do everything that we can to support our members if they go through issues like this,” Barclay said.

“Discrimination has no place in the sport of any kind. We'll do everything we can to support all of our members.

"We accept we've got 106 of them at various stages and phases in terms of the way they promote the sports. The various issues will come along from time to time, we'll do whatever we can to ensure that we achieve those core values and objectives of this organization." 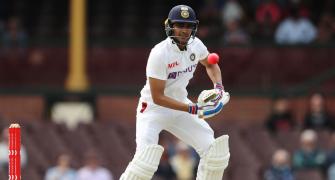 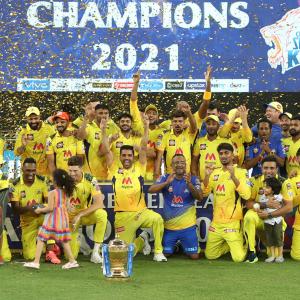