Should Dhoni bat at No 4, asks Rediff.com's Harish Kotian, or should he play the finisher's role at No 6? 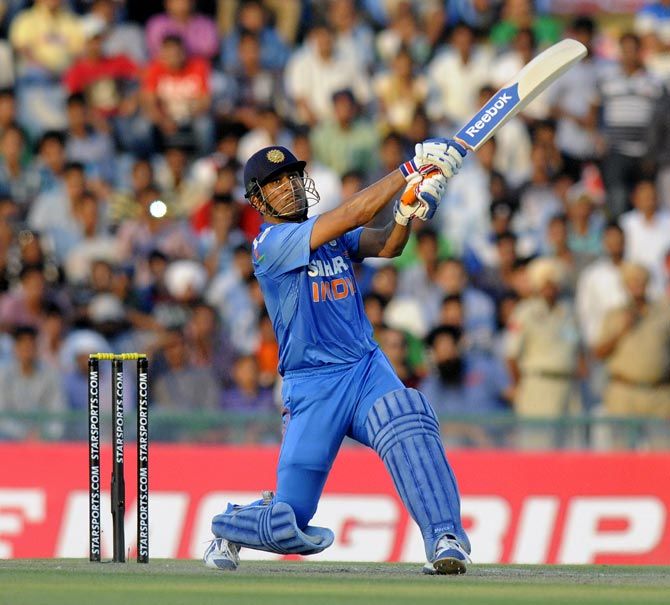 Ever since he's given up the limited overs captaincy, there is talk of Mahendra Singh Dhoni batting with freedom and returning to his aggressive self, now that the burden of leading the team is off his shoulders.

While there have been various debates on Dhoni's role in the ODI team, it will be interesting to see where Captain Virat Kohli fits the 35 year old in his one-day and T20 side, keeping in mind his diminishing returns as a big hitter in the last couple of years.

Kohli will do well to not forget the fact that India needs a settled middle order ahead of the ICC Champions Trophy in June and also build the team for the 50 overs World Cup nearly two years down the line.

'I would love to see him (Dhoni) bat higher up usually than what has been over the years,' Kohli said last week after he was named captain for ODIs and T20Is.

The experienced Dhoni at No 4 would be ideal for India, especially in run chases, but he has also been quite prolific at No 5 and batted a lot at No 6.

Check the table below for his batting record by positions:

The table does make one thing clear -- Dhoni can adjust to any position between 4 to 6, which gives Kohli flexibility to use his former skipper as per the situation of the game.

What the table doesn't mention is that Dhoni hasn't batted at No 6 since October 2015. The last time he finished a match at that position was against Zimbabwe, in the 2015 World Cup, when he smashed 85 not out from 76 balls.

Dhoni will easily finish his career as one of the greatest to have graced the 50-overs game. He played a pivotal role in India’s World Cup triumph in 2011 and his helicopter six to win the final against Sri Lanka has been etched in the memory of the Indians forever.

Dhoni enjoyed a golden run with the bat till 2014. In the last couple of years, his record has taken a slight downward curve.

Dhoni's record in seamer-friendly conditions in England, which will host both the ICC Champions Trophy and the 2019 World Cup, is not that inspiring.

He first played in England nearly ten years ago, in 2007, where he has a below par record of 519 runs in 21 games at an average of 37 with five half centuries.

Dhoni's record at home and away: IMAGE: Dhoni mishits and is caught by Kagiso Rabada during an ODI against South Africa, Kanpur, October 2015. Photograph: BCCI

In the last couple of years Dhoni's reputation as a finisher has taken a beating in both ODIs and T20Is.

In June last year, he failed to take India to victory in a T20 International against Zimbabwe with just 8 runs needed from the final over bowled by pacer Neville Madziva.

In August, he was unable to score 2 runs off the final delivery of the T20I game against the West Indies in Florida as he sliced a slower ball from Dwayne Bravo straight into the hands of the fielder at short thirdman.

In October 2015, a young Kagiso Rabada had stopped the Indian captain from getting 11 runs off the final over in a One-Day International in Kanpur.

The table below lists Dhoni's showing in tournaments since the 2011 World Cup:

With Ajinkya Rahane not faring so consistently and Yuvraj Singh making a comeback after a long gap to join the inexperienced duo of Manish Pandey and Kedar Jadhav, the Indian middle order could certainly do with someone of the experience of Dhoni, who can win matches on his own with the bat.

Where do you think Dhoni should bat in the coming series against England?

Should he bat at No 4 or should he play the finisher's role at No 6?

Please click on the poll below to make your choice: 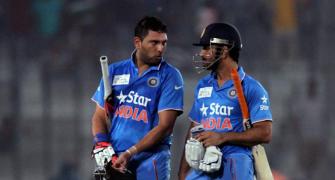 Dhoni took a very good decision in stepping down: Yuvraj 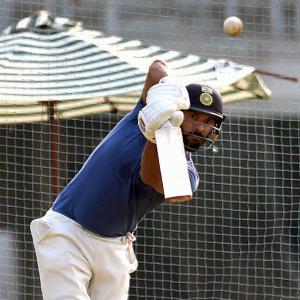