West Zone turned in a profession bating display to beat North by five wickets and win the Deodhar Trophy in Guwahati on Wednesday.

Put in to bat in the final, North put up a commendable 289 for 8 in 50 overs, courtesy Unmukt Chand's scratchy 88 and Yuvraj Singh's useful 67.

In reply, Ambati Rayudu anchored the chase with a well-made, unbeaten 78 as West successfully reached the target in 48.2 overs.

Skipper Parthiv Patel started the chase in right earnest, hitting a 52-ball 58, while Kedar Jadhav, with a punishing knock of 57 off only 43 deliveries, also played his part to perfection.

Young Manprit Juneja (56) also hit a half century as a collective effort by the batsmen ensured the triumph despite poor bowling and shoddy fielding.

North captain Gautam Gambhir's ploy of opening the bowling with young off-spinner Parveez Rasool worked partially as he got rid of Vijay Zol, who was adjudged leg-before trying to play the sweep shot. 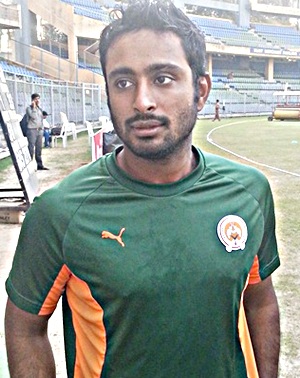 However, Parthiv and his state-mate Juneja added 84 runs for the second wicket in 14 overs. While Parthiv found the gaps with ease, hitting Rasool for three boundaries in an over, Juneja also looked solid as he punished the loose balls.

Parthiv hit eight fours and a six off a full-toss bowled by Yuvraj.

Juneja also got into the act, hitting five fours -- three off Manpreet Gony and two off Rasool as the North bowlers leaked a lot of runs.

Once Parthiv was caught at mid-wicket off Amit Mishra's bowling, Juneja hit the India discard leggie for a big six.

Mishra gave away 63 in 12 overs while Gony was blasted for 52 in six overs.

Juneja gave a return catch to the big-bodied Punjab pacer and was needlessly given an ugly send-off by the bowler.

Yusuf Pathan (6) was dismissed by a well-disguised short-pitched delivery from Siddharth Kaul but Jadhav and Rayudu took the match away from North.

The duo added 87 runs in 13.1 overs but more importantly got a boundary and at times even couple of them in an over.

Jadhav initially took some time to settle down but as he grew in confidence, he started taking on the bowlers. Out of his eight boundaries, six were hit off pacers Gony and Parvinder Awana.

Earlier, Unmukt and Yuvraj added 120 runs for the third wicket partnership which enabled North reach a competitive total of 289 for eight.

Unmukt's 88 came off 124 balls, with seven fours and three huge sixes. However, his innings wasn't fluent as he was very subdued in the initial part and also led a charmed "life" after being dropped twice.

Yuvraj, however, was in better touch as he hit 67 off 52 balls, inclusive of seven fours and three sixes.

The middle-order batsman couldn't make any significant contribution but Rasool (32) and Gony (25) added 44 runs in little over four overs to take the total close to 300.

Manpreet Gony not out 25

Siddharth Kaul not out 0

Ambati Rayudu not out 78

Abhishek Nayar not out 19 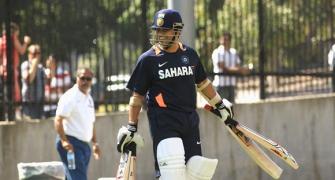 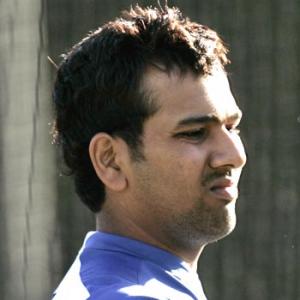