Statistical highlights of the opening day's play in the first cricket Test match between India and the West Indies played in Kingston.

# Suresh Raina (82 off 115 balls) posted his first half-century against West Indies -- his third in Tests. His knock is his third highest innings in Tests -- the highest two are 120 against Sri Lanka at Colombo, SSC in July 2010 and 86 against Australia at Mohali in October 2010. 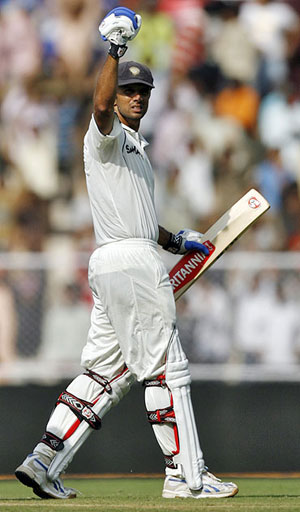 # Mahendra Singh Dhoni, for the first time, has recorded two ducks in a row in Tests -- against South Africa at Cape Town and against West Indies at Kingston.

# Dhoni's fifth duck in Tests is his first duck against the West Indies.

# Harbhajan Singh (70 off 74 balls) recorded his first fifty against West Indies -- his ninth in Test cricket.

# Harbhajan's strike rate of 94.59 is the best by an Indian batsman at Sabina Park, Kingston.

# Harbhajan has recorded two hundreds and an equal number of half-centuries in his last 10 innings.

# Rahul Dravid has completed 15 years in Test Cricket. He made his debut in Tests against England at Lord's on June 20, 1996.

# Dravid, during the course of his 40, has become, the leading run-getter for India at Sabina Park, Kingston -- 318 at an average of 53.00 in four Tests, including three half-centuries. 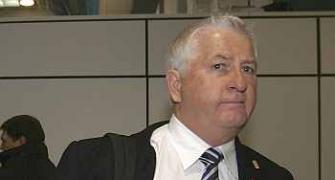 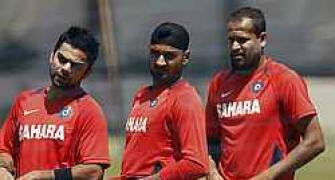