A controversy erupted on Sunday, on the eve of the first cricket Test between India and the West Indies with the visitors unhappy over the substandard practice pitches provided to them at the Sabina Park in Kingston.

India, already hit hard by injuries, were grumpy over the practice facilities as they found out that two of the three pitches provided to them were dangerous for batsmen as it had variable bounce.

Mahendra Singh Dhoni and his boys could not have a proper work out on Saturday at the nets as two of the three pitches provided were found to be two-paced.

The two pitches that were not used on Sunday had become powdery and the top surface had loosened up considerably after the Indians had an intense work-out on Friday. Consequently, a few deliveries kept low while others reared up disconcertingly.

Opener Murali Vijay was hit on his right forefinger by a local fast bowler on the nets on Friday and after viewing the two practice pitches, the Indian team decided not to use local net bowlers at all on Saturday.

Only one batting net was used on Saturday and the other two were only availed for throw-downs by members of the Indian squad, notably by bowling coach Eric Simmons and computer analyst Digvijay.

Even these throw-downs were not without inherent danger as the other opener designated for the Test, Abhinav Mukund was twice hit on the shoulders by deliveries which reared up dangerously. Even the Indian fast bowlers lounged around and did not bowl in order to protect their own men. Only the three spinners, Harbhajan Singh, Amit Mishra and Pragyan Ojha bowled on the one strip deemed fit for batting sessions.

Indeed, the spinners bowled long and even alone at the stumps after the rest of the team had retired to the dressing room.

Interestingly though, West Indies have had no problems with the same nets and had a full-blown session on Saturday.

The first Test begins in Kingston on Monday while the second and third will be played at Barbados (June 28-July 2) and at Dominica (July 6-10).

India had clinched the ODI series, which preceded the Tests, 3-2. 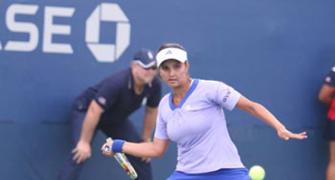 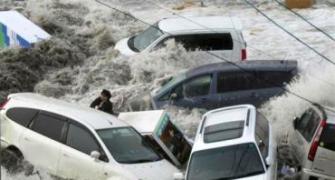 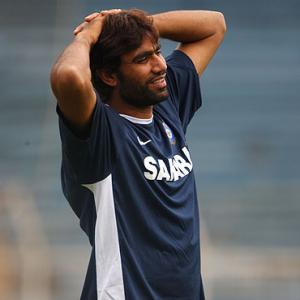 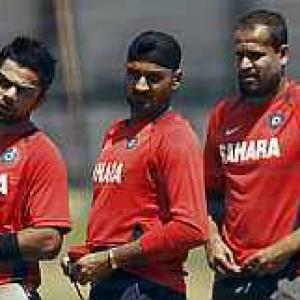