News
Business
Movies
Sports
Cricket
Get Ahead
Money Tips
Shopping
Sign in  |  Create a Rediffmail account
Rediff.com  » Cricket » We have no objection to the Supreme Court order: BCCI

We have no objection to the Supreme Court order: BCCI

The BCCI has welcomed the Supreme Court's decision not to suspend the Chennai Super Kings and Rajesthan Royals from the IPL and said the order to make Sunil Gavaskar interim president was "acceptable" to the Board.

The Supreme Court on Friday ordered that Gavaskar should be made the interim president for managing affairs of IPL, while the senior most vice-president -- Shivlal Yadav -- should take care of the non-IPL affairs of the BCCI. 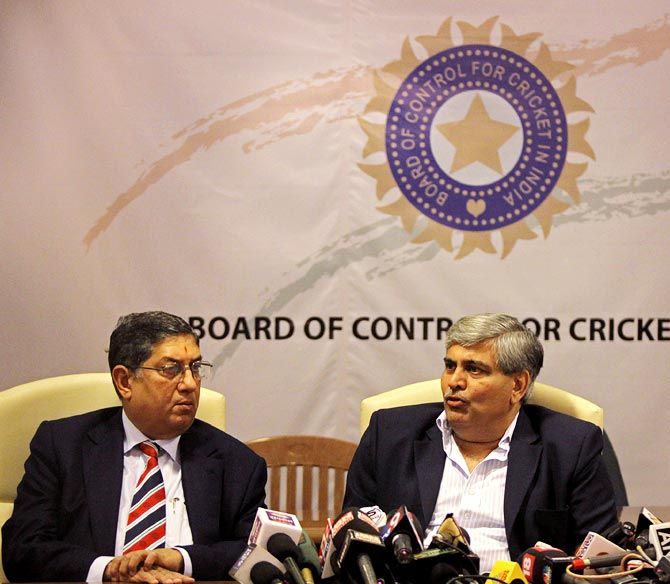 Hailing the Supreme Court's decision not to suspend Chennai Super Kings and Rajasthan Royals from playing in IPL 7, BCCI Vice-President Rajeev Shukla said the order was in the best interest of the game and cricket fans.

"We have no objection to the Supreme Court order. The  BCCI lawyers have also said that the order is acceptable. Even Mr Srinivasan had said through the lawyers that he is willing to step aside and after that what court decides will be acceptable to him," Shukla said.

"The good thing is that all eight teams will play in this year's IPL. IPL will go on and there will be no hindrance."

Senior counsel Harish Salve had accused Indian captain Mahendra Singh Dhoni of being "guilty of corrupt practice" by lying before the Mudgal Committee on the role of the Srinivasan's son-in-law Gurunath Meiyappan in CSK.

But the BCCI defended Dhoni in the court and said he has been wrongly vilified by media after yesterday's proceedings.

"It was not wise to drag Dhoni is this matter. He has nothing to do with it," Shukla said. Shivlal Yadav, who will look after all non-IPL affairs of
the BCCI, has vowed to give his best.

"I am quite happy to hear the news that I will be looking after cricket affairs after the IPL. I will try to do my best," he said. Asked about his plan of action, Yadav said: "The BCCI secretary (Sanjay Patel) has not spoken to me yet. He might call me in the evening and then I can only decide my plan of actions.

"Once I take charge I will be able to give more clarity about cricket and other activities of BCCI," he said. He, however, refused to comment anything on the scandal-hit IPL.

"I don't want to talk about it as the Supreme Court has given specific order that the IPL part will be with Gavaskar." Former India captain and team manager Chandu Borde also hailed the Supreme Court's decision.

"I think this decision will improve the image of cricket, thanks to the Supreme Court," he said. "I am happy to learn that Shivlal Yadav will look after
the president's role because he has experience of cricket administration. He is the secretary of Hyderabad Cricket Association and knows how the BCCI functions.

"Gavaskar doesn't take decisions in haste. During his playing days he took many a challenges and responsibilities. I think he will fulfil this responsibility with aplomb," added the former chairman of selectors.

Un-recognised Cricket Association of Bihar (CAB) secretary Aditya Verma, the petitioner in the case related to IPL corruption scandal, too was satisfied with the Supreme Court's order.

"I am very happy with the Supreme Court's verdict. Now I am waiting for the final verdict," he said. "It is good that one of the finest batsman and a
legendary player like Gavaskar will handle IPl affairs.

"I am not against IPL. Being a cricketer myself I want cricket should not suffer and the league should go on," Verma said. However, former BCCI treasurer Ajay Shirke believed the interim order was a "mild one" and it gave Srinivasan another lifeline.

Asked whether Srinivasan was given another life, Shirke said, "Yes definitely because earlier the Supreme Court had made strong observations and compared to those observations this order I would say is a very mild one."

"What I would like to see going forward is that BCCI really getting their act together and completely clean up cricket," he said. 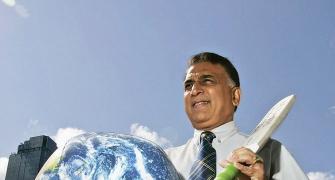 Gavaskar is interim BCCI chief; IPL 7 to go on as scheduled: SC 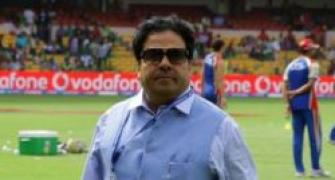 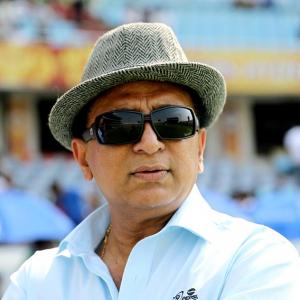 Gavaskar 'happy to do what Supreme Court wants'