News
Business
Movies
Sports
Cricket
Get Ahead
Money Tips
Shopping
Sign in  |  Create a Rediffmail account
Rediff.com  » Cricket » We are in a reasonably good position: Santner

We are in a reasonably good position: Santner 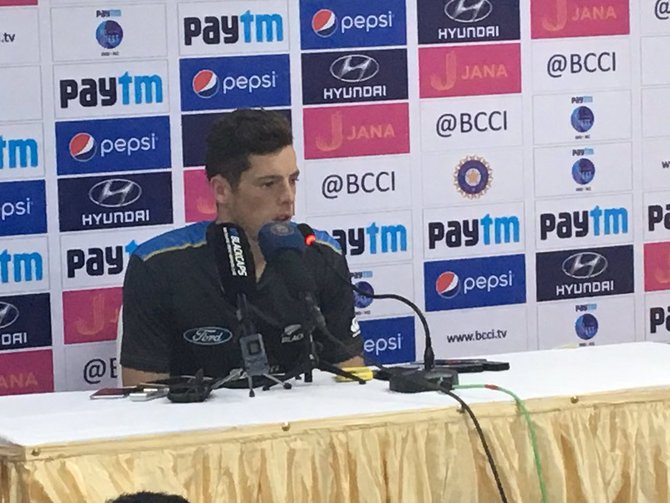 With India claiming to be in good position after the first day's play in the opening Test, New Zealand spinner Mitchell Santner reckoned that his side was not in a bad position either, considering the kind of start the home team got in Kanpur on Thursday.

"After losing the toss, I think we are in a reasonably good position. It was pretty flat to start with. They did bat well. We were lucky to have got a few wickets here and there to pull it back. Obviously, we have to pick up this last wicket and then bat well, build partnerships," Santner, who claimed three key Indian wickets, said.

India frittered away a solid start to be reduced to 291 for nine on the opening day of the first Test against New Zealand after opener Murali Vijay (65) and Cheteshwar Pujara (62) struck half-centuries.

Talking about crucial moment that tilted the scale in New Zealand's favour, Santner said while India captain Virat Kohli was a key wicket, it was important to dismiss others too.

"They got a very good start at 100 for one. That partnership between Vijay and Pujara was great. Like you said, Kohli is a big wicket, but India have a very strong batting line-up going down to Jadeja at No.9. So every wicket we got was crucial because they can all take it away from you.

"We stuck to our plans reasonably well and managed to get a couple more towards the end to be in not a bad position going into tomorrow (Friday)," Santner said.

When told that India also think that they are in a good position, Santner refused to debate on the point.

"There's a lot of cricket to be played still. First things first, it's to get the last wicket early on Friday and then once we bat, build partnerships and go from there. I don't think we can get too far ahead in terms of thinking about chasing a fourth-innings score at the moment. Just take it day by day and go from there," he said. 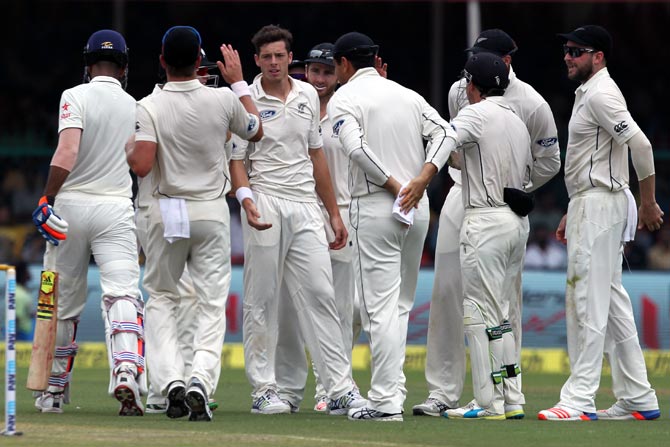 Asked about what was going through in their mind when two good partnerships were going for India, Santner said they just wanted to bowl in right areas.

"They did bat well. Both Pujara and Vijay looked quite positive against the spinners. They had a plan. They really rotated the strike pretty well, which was key. Our plan doesn't change too much, it was to bowl in good areas, build pressure that way and get wickets. The ball wasn't spinning too much than it did later on. 291/9, not too bad," he said.

The left-arm spinner said scoring was tough on the slow Green Park wicket.

"The more you're on the wicket, the more used you are going to get in terms of the surface getting a little harder to bat on maybe. If you bowl in the right areas, it's still quite hard to play. I guess you just have to do it for a longer period of time and then go from there. On the flipside, Pujara, Ashwin and Vijay batted very well. They rotated the strike and kept scoring at a good rate, which is what you want on this wicket," he said.

Santner also emphasised that varying the pace and the length of the ball was important when the rival team had good partnerships going. 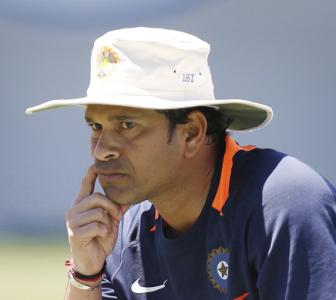 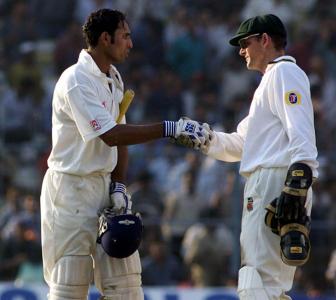 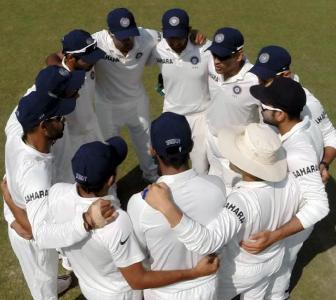 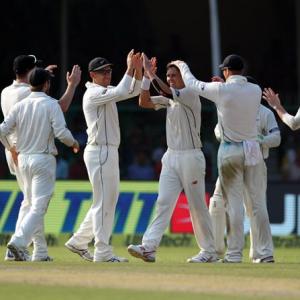 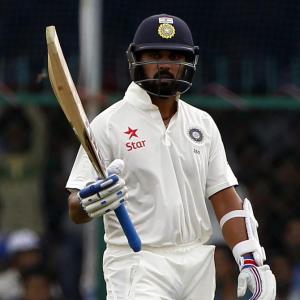