'It's simple -- if Pakistan want to stay in the tournament, they have to bring an 'A plus' performance and win that game ' 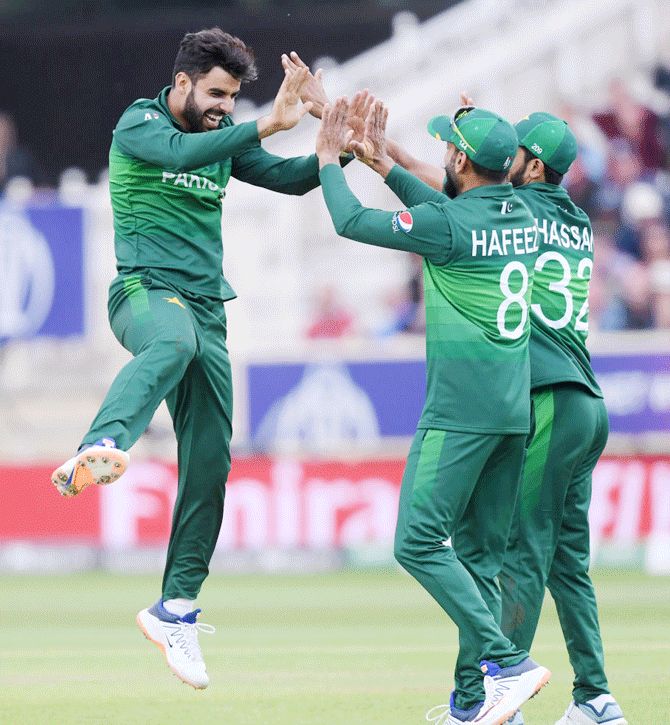 IMAGE: Shadab Khan dismissed Jason Roy and Joe Root in the thrilling victory over England but was left out against Australia. Waqar reckons the leggis is crucial to Pakistan's chances against India on Sunday. Photograph: Laurence Griffiths/Getty Images

Pakistan went with a four-pronged pace attack against Australia, relying on the part-time spin of senior all-rounders Mohammad Hafeez and Shoaib Malik.

The duo conceded 86 runs in their combined 11 overs with only one wicket as the 1992 champions lost by 41 runs in an erratic display.

"Shadab is the key man in this side and I think they will look to bring him back in against India," former Pakistan captain Younis wrote in a column for the International Cricket Council.

"They might go for five bowlers, use four pacers and Shadab and drop someone like Shoaib Malik."

Shadab dismissed Jason Roy and Joe Root in the thrilling victory over England but was left out against Australia who subjected Pakistan to their second loss in four matches.

India remain unbeaten after three games, including clinical wins over South Africa and Australia before their match against New Zealand was washed out on Thursday.

Pakistan have never beaten India in a World Cup match but prevailed over their neighbours in the 2017 Champions Trophy final at the Oval.

"When Pakistan play India it’s always a huge game, but their meeting on Sunday is shaping up to be more crucial than ever," Younis, who also coached Pakistan, said.

"It's simple -- if Pakistan want to stay in the tournament, they have to bring an 'A plus' performance and win that game."

"What I have seen in this World Cup so far is that if you don’t pick up early wickets, you’re in trouble," said the 47-year-old, a reverse swing master in his playing days.

"The new ball is so crucial and openers are being more careful in the first 10 overs this year."

"It was with the new ball, in both batting and bowling, that I felt Pakistan missed a trick in their entertaining defeat to Australia at Taunton," he added. 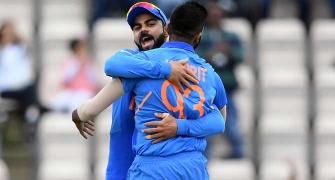 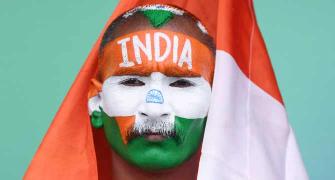 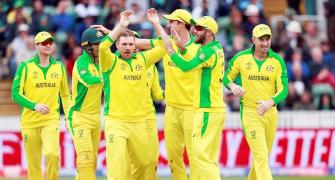 Allan Border: Australia must be smarter in middle overs 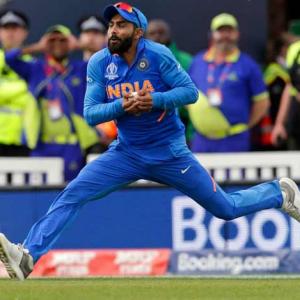