News
Business
Movies
Sports
Cricket
Get Ahead
Money Tips
Shopping
Sign in  |  Create a Rediffmail account
Rediff.com  » Cricket » VOTE! Who should take over as India's coach?

Will it be a foreigner from among the 57 applications received for the job?
Is it a race between Anil Kumble, Ravi Shastri, Sandeep Patil and Venkatesh Prasad?
Who would YOU choose as India's coach?
Vote in the poll below! 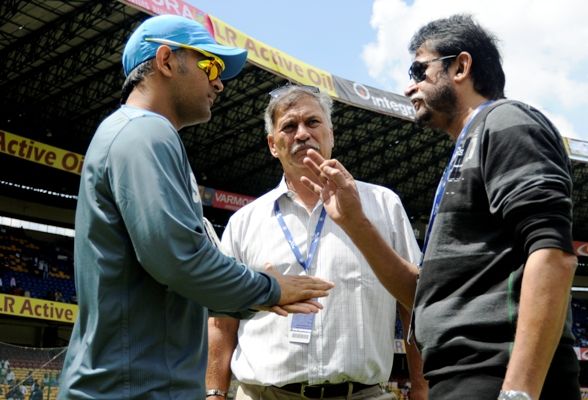 Team India will have a new coach soon.

The Board of Control for Cricket in India is set to appoint the new man for the job -- left vacant after Duncan Fletcher's departure after the 2015 World Cup -- at its all-powerful Working Committee meeting in Dharamsala on June 24.

With as many as 57 applications received for the post by the June 10, making a decision won't be easy.

Sandeep Patil's first experience of coaching the Indian team was in 1996. It was a nightmare, to say the least. He lasted just six months.

Among the most notable candidates are Sandeep Patil, the current chairman of the selectors, spin great Anil Kumble and former team director Ravi Shastri.

Patil's first experience of coaching the Indian team was in 1996.

It was a nightmare, to say the least. He lasted just six months. A poor showing by the team in England saw him get the axe.

He came back strongly from that failure and coached minnows Kenya to the 2003 World Cup semi-finals.

He joined the rebel Indian Cricket League in 2007, but returned to the BCCI fold immediately and also coached the India 'A' and Oman teams.

After a stint as Director of the National Cricket Academy in 2009, he took over as chairman of the selectors in September 2012. His term is due to end in September. Shastri is one of the favourites to take over the top post following his recent success as Team Director.

Many current players, including Virat Kohli, credit Ravi Shastri for the team's good showing over the last 18 months.

His first association with coaching was in 2007, when he was named stand-in coach for India's tour of Bangladesh that year.

After he took over as Team Director in 2014, India achieved considerable success, making it to the semi-finals of the 2015 ODI World Cup and the 2016 World T20.

Many current players, including Virat Kohli, credit him for the team's good showing over the last 18 months.

'He (Shastri) told me to stand outside the crease and widen my stance after the England tour, and it worked wonders for me in Australia. Then, going back to a narrower stance, again he brought it up with batting coach Sanjay Bangar to help me move better,' Kohli said recently.

'We felt some areas of my game were being blocked, and now I can really open up,' he added. 'I was not able to play square of the wicket. So these things are important to you. But it's more important to work on those things.' Kumble is a surprise applicant given that he has never had any coaching experience, except mentoring the Mumbai Indians and the Royal Challengers Bangalore in the Indian Premier League.

With 619 wickets from 132 Tests and 337 wickets in 271 ODIs, apart from 2,506 Test runs and an overseas hundred, he has all that is needed to qualify for the job, not forgetting that he also captained India for a year before retiring from the game.

Rahul Dravid is not interested in the job despite mentoring IPL teams the Rajasthan Royals and the Delhi Daredevils, and coaching the India 'A' and Under-19 teams.

According to reports, Dravid is not interested in the job despite mentoring IPL teams the Rajasthan Royals and the Delhi Daredevils, and coaching the India 'A' and Under-19 teams.

Before the BCCI advertised for the job he appeared a top contender after being endorsed by Sunil Gavaskar. But judging by his comments in March, it appears he is content with his workload at the moment.

'I am actually content where I am coaching at the moment. I am realistic about the fact that being a coach of an international team, whichever it is, means you are going to be away from home for 10 to 11 months, which at the moment is probably not on. I am enjoying coaching in the IPL and junior levels, which is giving me a lot of satisfaction,' Dravid said.

Though some foreigners have applied, their names haven't been disclosed yet.

Who would YOU like as India's coach? Vote in the poll below! 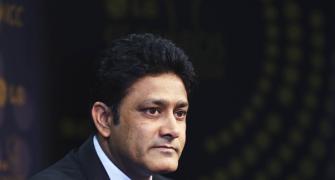 Check out who all have applied for India coach's post 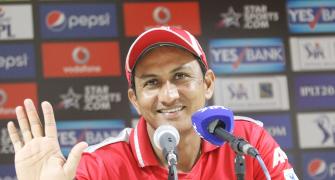 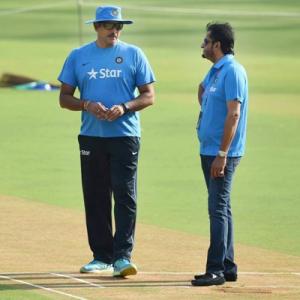 How Team India's next coach will be selected 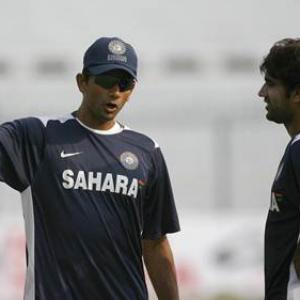