The guy revises the record books every game.
Rajneesh Gupta gives us the latest numbers on the Indian skipper's awesome exploits on the cricket field. 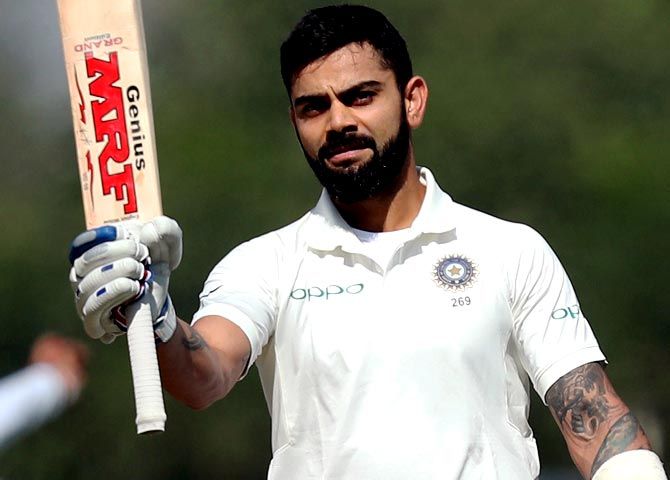 The hundred in Nagpur is his 12th as captain and he surpassed the legendary Sunil Gavaskar's record of most Test hundreds scored by an Indian captain.

It took Virat 25 fewer innings to overtake the great Gavaskar!

Most hundreds by Indian Captains:

The century in Nagpur is Virat's 10th in all international cricket this year.

He now holds the record of most hundreds scored by a captain in a single year in international cricket, going past South Africa's Graeme Smith and Australia's Ricky Ponting who had nine centuries each.

Most 100s by captains in a single year in international cricket:

Virat has crossed the 50 run mark as many as 16 times in 31 Tests in which he has captained India.

He has converted 12 of them into a hundred -- that's a staggering conversion percentage of 75.

Among all players who have scored 10 or more hundreds as captains, Virat has the highest conversion rate of fifties to hundreds!

Highest conversion rate of 50s to 100s as captain (At least 10 Test hundreds as captain):