Images from the Under-19 World Cup final between India and Bangladesh, at Potchefstroom, on Sunday 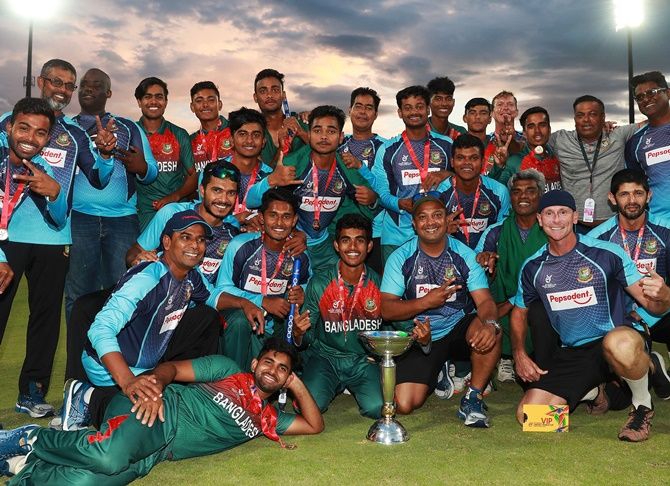 A sprightly bunch of Bangladesh boys created history by winning their country's first global cricket title, shocking defending champions India by three wickets in the summit clash of the ICC U-19 World Cup, Potchefstroom, in South Africa, on Sunday.

In a low-scoring final, Bangladesh first choked India to a meagre 177 in 47.2 overs and then did well enough to score revised target of 170 in 42.1 overs under Duckworth-Lewis method.

Once play resumed after rain, target was revised to 170 and with seven runs to get and three wickets in hand, it became a cakewalk for the 'Tiger Cubs' as they scripted a golden chapter in their country's cricket history.

India's cricketing battles with Bangladesh have been filled with acrimony since 2015 World Cup quarter-final at the MCG and it had only amplified with the kind of boorish behaviour that some of the Bangladeshi players displayed. 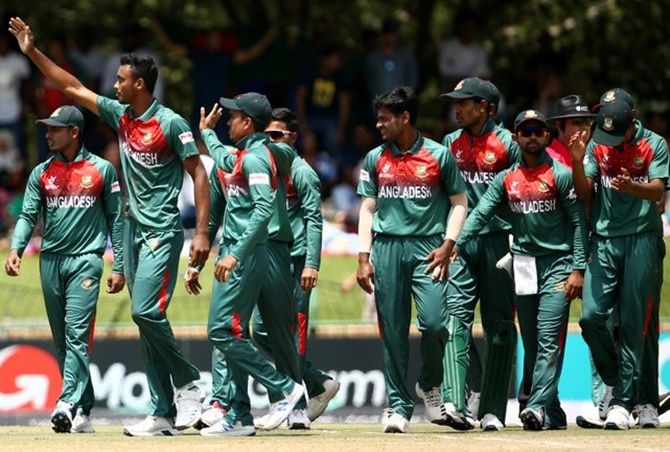 On Sunday also, a few players from both sides nearly came to blows at the end of the game and it was India coach Paras Mhambrey, who was seen urging his boys to keep calm as opposition leading pacer Shoriful Islam was seen swearing expletives on camera.

Even then, credit should go Bangladesh's 18-year-old captain Akbar Ali, who showed nerves of steel with a patient 43 not out off 77 balls, which negated more fancied opponent Yashasvi Jaiswal's 88 off 121 balls.

Akbar's cool quotient was there for everyone to see as he marshalled his resources brilliantly and then batted responsibly, seeing out India's threats from leg-spinner Ravi Bishnoi and fast bowler Kartik Tyagi's spells before reaching the finishing line with ease.

There were two things that cost India dearly. While batting, Indialost their last seven wickets for 23 runs. And then while defending, the number of extras (33) bowled did matter in the final context of the game.

However, things changed once leg-spinner Bishnoi (4/30 in 10 overs) came into the attack and started bowling his googlies.

First he got Tanzid holed out in the deep and then had Mahmudul Hassan Joy (8) played on with another wrong 'un and Towhid Hridoy was also rapped on the pads and Dhruv Jurel effected a smart stumping to make it 65 for 4.

With Emon back in the hut due to hamstring injury, it was on skipper Akbar to show composure in the hour of crisis even as left-arm seamer Sushant Singh in his second and third spell got a couple of wickets.

Then, it was Emon who again came back at 102 for 6 as Akbar finally got hold of Bishnoi's googlies as there was one slog sweep for six. With Bishnoi not having an effective leg-break, he was taken out of the attack.

Emon, despite hamstring issues, fought gamely before Jaiswal bowled his part-time leg-breaks and Garg's gamble paid off with the opener being caught in the extra cover region to make it 143 for 7. 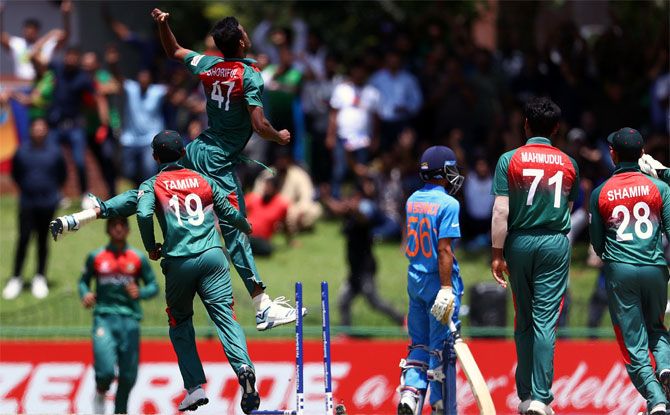 Earlier, India's batting wilted under pressure as a superb Bangladesh bowling attack shot the defending champions out for a paltry 177 in 47.2 overs.

Jaiswal (88 off 121 balls) was once again a standout performer but not for once did he look like dominating the Bangladesh bowling unit whose new ball bowlers Shoriful Islam (2/31 in 10 overs) and Tanzim Hasan Shakib (2/28 in 8.2 overs) literally stifled the Indians for runs. 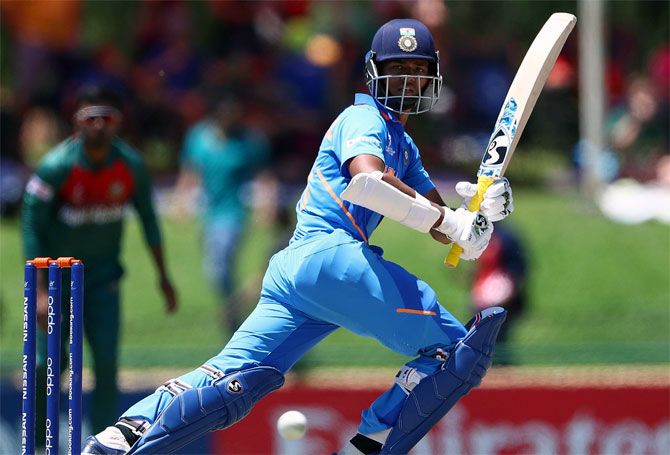 The third seamer Avishek Das (3/40 in 9 overs) was the most successful bowler in terms of figures but it was Shoriful's first spell with channelised aggression that put the Indians on the back-foot from the onset.

Only 23 came off the first 10 overs and India never recovered from the slow start despite a sedate 93-run stand between Jaiswal and NT Tilak Verma (38 off 65 balls) in 23.2 overs. 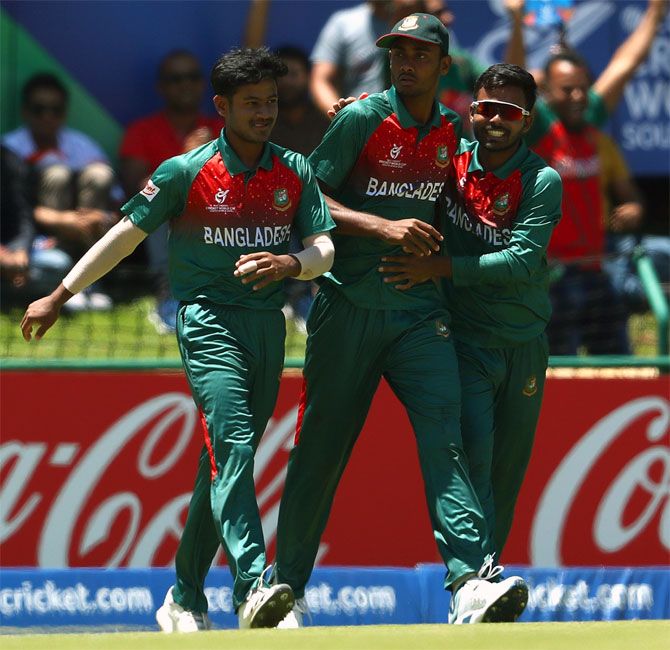 Shoriful and Shakib were not afraid of sledging the Indian batsmen as they bowled full and got the ball to swing away from the left-handers. The fielding was also agile and top-notched, making it difficult throughout the Indian innings.

Once Jaiswal was out, the distinct lack of match-time for other Indian batsmen was evident as seven wickets fell for only 23 runs. 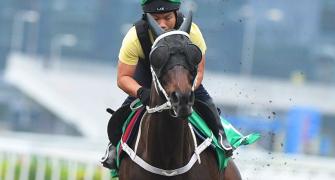 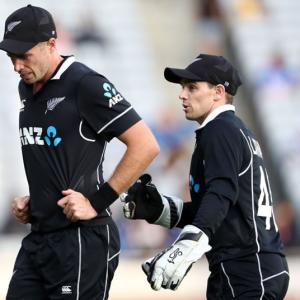