When Tendulkar's first Chinese food experience was soured by friends!

'My father set me free at the age of 11 when he told me, 'Chase your dreams, but make sure you don't find shortcuts to them'.' 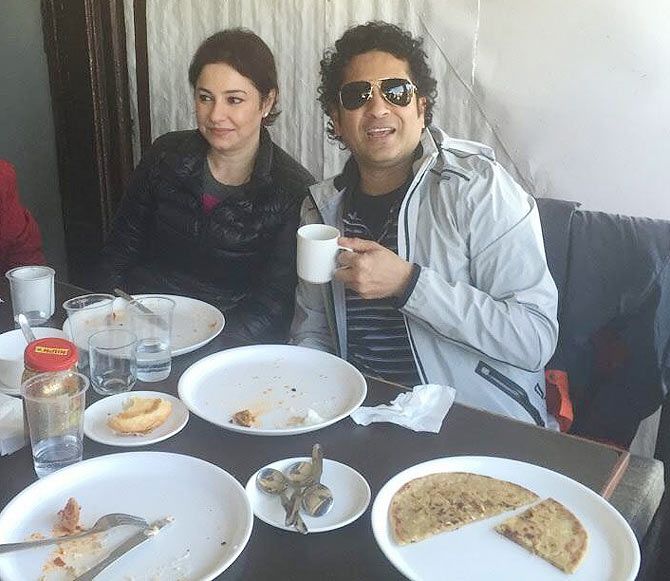 Sachin Tendulkar is a foodie, but his first experience with Chinese cuisine ended in disappointment and he had to return home thirsty and hungry.

The cricket icon was a great lover of his mother's cooking and it was only when he was nine years of age that he first tried Chinese food.

In the early 1980s, Chinese cuisine was becoming popular in Mumbai, and having heard so much about it his colony friends planned to go out for a meal together.

"We each contributed 10 rupees -- which was a lot of money for me at that time -- and I was excited about trying something new," recalls Tendulkar in a new book, Chase Your Dreams, an adaptation of the batting great's autobiography Playing It My Way, by Hachette India.

That evening, however, turned out to be disappointing, as he paid the price for being one of the youngest in the group.

"In the restaurant we ordered chicken and sweet corn soup as a starter. We were sitting at a long table and by the time the soup travelled to me at the far end, there was hardly any left. The older members of the group had finished off most of it, leaving very little for us younger ones," he says.

But that was not the end.

"The same thing happened with the fried rice and chowmein and I barely managed to get two spoonfuls of each. The older boys had a great evening at our expense, but I returned home hungry and thirsty.

The book is exclusively targeted at children and young adults.

Chase Your Dreams is billed as the first children's version of an autobiography by an Indian sportsperson.

It tells the inspiring story of India's greatest cricketer through simple prose, call-outs, inspirational notes and comic visuals. The illustrations enable children to experience some of the defining moments in Tendulkar's illustrious career, informs the publisher.

Tendulkar, who was born to a very close-knit Maharashtrian family in Mumbai's Bandra East and lived in the Sahitya Sahawas colony, considers his mother the best cook who would do anything to see a smile on his face.

"She used to make the most delicious fish and prawn curry, baigan bharta and varan bhaat for me, and I owe my appetite and love of food to her," he says.

Tendulkar reveals a lot about his childhood -- his keenness on tennis, so much so that he even went around with a John McEnroe-like curly mop and hair band, his love for music, how he got his first bicycle, and, eventually, his extraordinary cricketing journey.

"My father set me free at the age of 11 when he told me, 'Chase your dreams, but make sure you don't find shortcuts to them'," he says. 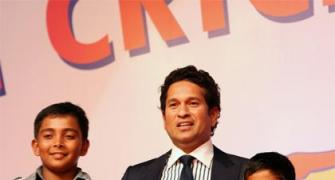 Meet the new Sachin: Full of ideas for Indian cricket 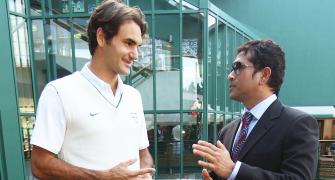 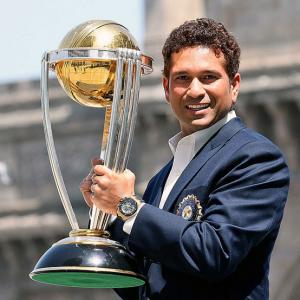