'Have seen him emerge from an aggressive player to a steady and decisive captain.' 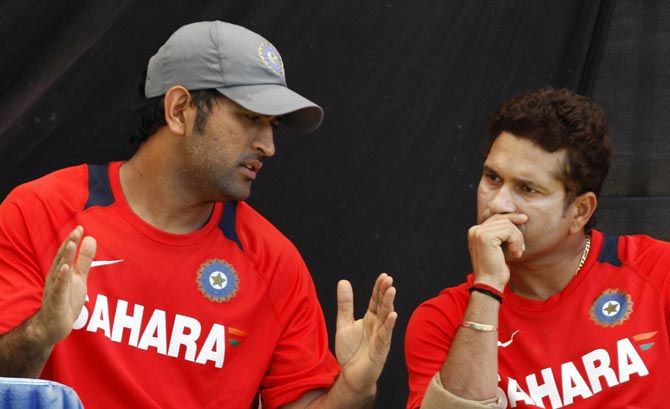 "Congratulations to MSD on a wonderful career as a captain leading India to success in both T20 and ODI World Cups" said Tendulkar.

Tendulkar played under Dhoni's captaincy when India won the 50-overs World Cup at home in 2011.

Under Dhoni, India also triumphed at the inaugural World T20 championship in South Africa in 2007.

"Have seen him emerge from an aggressive player to a steady and decisive captain," Tendulkar said.

Tendulkar hopes Dhoni would continue to play for India in the years to come and keep entertaining the fans in the limited overs format.

"It's a day to celebrate his successful captaincy and respect his decision. Wish MSD the very best as he continues entertaining us on the field with his exploits," the former India batsman added.

Among other to congratulate Dhoni on his glorious captaincy tenure were Olympic bronze medallist shooter Gagan Narang and Bollywood actor Sushant Singh Rajput, who potrayed Dhoni's role in his biopic.

"3 ICC titles and some glorious highs. Captain @msdhoni thank you for the memories! Wish you finish on a sparkling note," Narang tweeted.

"There is no one like you. You're the reason for millions of smiles. Take a bow my Captain.??" said Rajput. 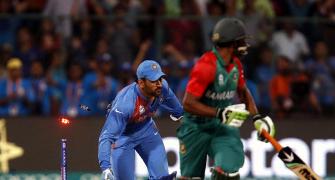 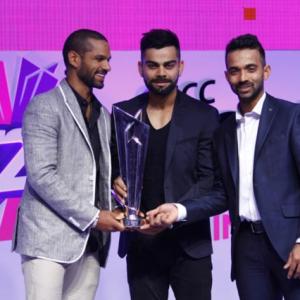 What Kohli wants to learn from 'Captain Cool' Dhoni