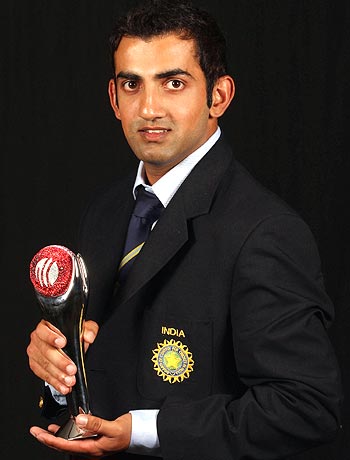 India's senior trio of Mahendra Singh Dhoni, Sachin Tendulkar and Virender Sehwag were rewarded for consistent performances last season with nominations in three categories for the 2010 ICC Awards, which will be held in Bangalore, on October 6.

In addition, there are nine players who are nominated in two distinct categories.

All appear among the long-lists of nominations for prizes at the seventh annual LG ICC Awards, presented in association with the Federation of International Cricketers' Associations (FICA).

This year's ICC Awards includes nine individual prizes and also features the selection of the Test and ODI Teams of the Year and the award to the side that has adhered most to the Spirit of Cricket.

For the first time, this year's awards feature a new category, the People's Choice Award. This award will be chosen by cricket fans around the world who will get a chance to vote for their favourite player online from a short-list of five cricketers who will be selected by the ICC selection panel on the basis of some innovative parameters.

These include innovation, dynamism, strength in decision-making, performing well under pressure and executing a plan to distinction. The winner of this award should demonstrate an ability to engage spectators and should also embody the game's unique spirit, both on and off the field.

The selection panel will nominate the five People's Choice Awards candidates and the names will be posted on www.icc-cricket.com on August 23. Cricket fans will then have an opportunity to vote for the cricketer of their choice online until 10 September.

"The LG ICC Awards are an opportunity for the ICC and FICA to acknowledge and celebrate the remarkable performances of the world's top players," said ICC Chief Executive Haroon Lorgat.

"It is also a chance for followers of our great sport to reflect on some of the great cricketing feats they have witnessed over the past year. This will be the seventh time the awards have been handed out and picking the winners will not be an easy task for the voting academy," he said.

The individual player awards will be selected by an academy of 25 highly credentialed cricket personalities from around the world. The academy includes a host of former players and respected members of the media, representatives of the Emirates Elite Panels of ICC Umpires and ICC Match Referees.

The nominations from the Women's Cricketer of the Year were decided after a committee of former players, current administrators and journalists created a long-list. The award will then be voted for by a separate 25-person voting academy.

There is also an Emerging Player of the Year award again this year. To qualify for that award a player must be under the age of 26 and have played fewer than five Tests and/or 10 ODIs at the start of the voting period.

The Associate and Affiliate Player of the Year award serves to recognise and reward the efforts in all international matches of the outstanding cricketers from the teams outside the ICC Full Members. This year, Ireland boasts the most number of nominees with three names on the list. This is followed by the Netherlands, Scotland and Afghanistan with two nominations each and Canada with one name.

Based on the period between 24 August 2009 and 10 August 2010, the ICC Awards 2010 will take into account performances by players and officials in a remarkable period for the game.

That period includes such high-profile events as the ICC Champions Trophy 2009 in South Africa, ICC World Twenty20 2010 in the West Indies and the ICC World Cricket League Division 1 2010 in the Netherlands as well as several bilateral Test and ODI series.

Long-lists of nominees (in alphabetical order; each category will be reduced to a short-list in due course)

Image: Gautam Gambhir after winning the ICC Test Player of the Year 2009 award. 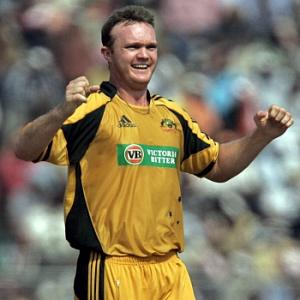 'Focusing on India tour for a place in the squad'