Sachin Tendulkar returned home after India's dismal Champions Trophy campaign in South Africa with a cut on his cheek, sustained after he collapsed in the team's hotel in Johannesburg.

Tendulkar's left eye appeared swollen, as he and other players were whisked away from Mumbai's Chhatrapati Shivaji International airport, much to the disappointment of the waiting media.

The cut on Tendulkar's cheek was the result of a fall. He apparently had a stomach infection after India's match against Australia and when he returned to his hotel room he started feeling dizzy, and subsequently fell flat on his face. He was lucky not to break his nose, even though the collapse left him with a cut and a black spot on his nose.

No information was forthcoming from the team management about the incident but media reports quoted Tendulkar as saying that he ate something at the stadium in Centurion after India's washed-out match against Australia and that probably led to the stomach infection.

Tendulkar subsequently skipped the match against the West Indies.

While Tendulkar and Nayar left for their respective homes in Mumbai, Yusuf took a connecting flight to Baroda.

The rest of the members of the Indian team, including captain Mahendra Singh Dhoni, are expected to arrive in Mumbai by a later flight, sources said.

India were knocked out of the Champions Trophy before the semi-final stage of the tournament after finishing third in the four-team group, behind Pakistan and Australia and ahead of the West Indies.

Dhoni and his men lost the opening match to Pakistan, shared points with Australia after rain washed-out the match and beat the West Indies.

The next assignment for the Indians is the seven-ODI home series against Australia, commencing at Baroda on October 25. 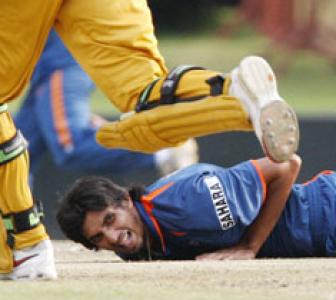 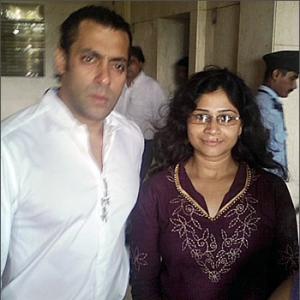