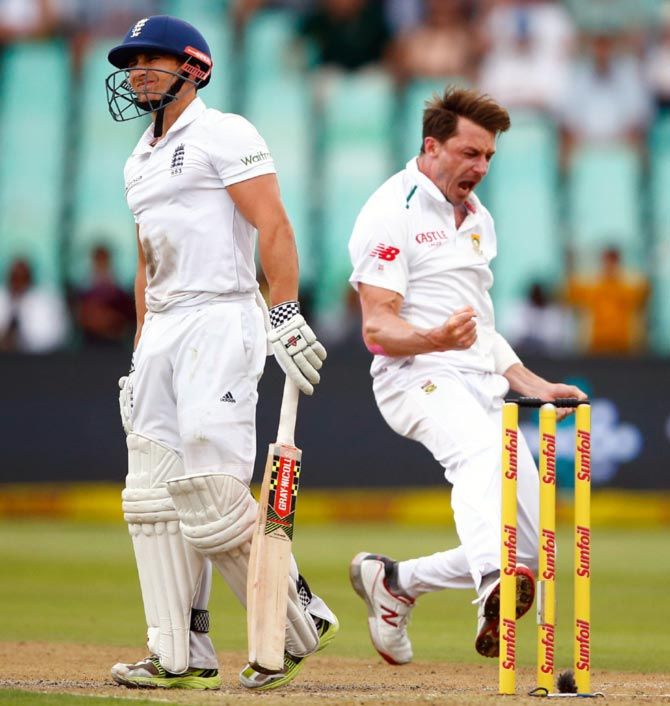 James Taylor and Nick Compton compiled gritty half-centuries to lead England to 179 for four on a rain-disrupted first day of the opening Test against South Africa at Kingsmead in Durban, on Saturday.

The pair took advantage of a flat track to pull England out of early trouble with a 125-run partnership after the touring side had slumped to 49 for three soon after lunch.

The diminutive Taylor played some aggressive strokes as he answered questions about his ability to play quick bowlers but he was caught behind for 70 off Dale Steyn just before the close.

South African-born Compton, showing dogged application on his return to the side, finished unbeaten on 63 with Ben Stokes on five.

The home team welcomed their top bowler Steyn back after injury and he delivered a fiery burst to take the wickets of England captain Alastair Cook and debutant opener Alex Hales. After winning the toss in overcast conditions, South Africa made the perfect start to the series by claiming the key wicket of Cook in the third over as the left-hander was tempted by a delivery outside off-stump from Steyn and edged to Dean Elgar at second slip.

Five balls into the second session, Steyn struck again when Hales chased a ball that was not the right length to drive and wicketkeeper AB de Villiers pouched the catch.

Joe Root played some fluent strokes but a quick knock of 24 runs was abruptly halted by the first ball of spinner Dane Piedt’s opening over. Root played right back on his stumps and got caught leg before wicket, a decision upheld after a review.

As the ball grew older and the pitch flatter, however, it was England who began to dominate before Taylor edged a Steyn delivery through to De Villiers.

© Copyright 2022 Reuters Limited. All rights reserved. Republication or redistribution of Reuters content, including by framing or similar means, is expressly prohibited without the prior written consent of Reuters. Reuters shall not be liable for any errors or delays in the content, or for any actions taken in reliance thereon.
Related News: Dale Steyn, James Taylor, Nick Compton, England, Alex Hales
COMMENT
Print this article 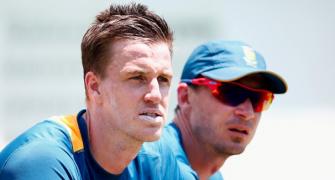 South African bowlers glad to be back on friendly wickets 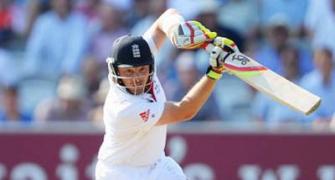