'It is all about creating an environment where the umpires can grow. That means you need to have dedicated resources.' 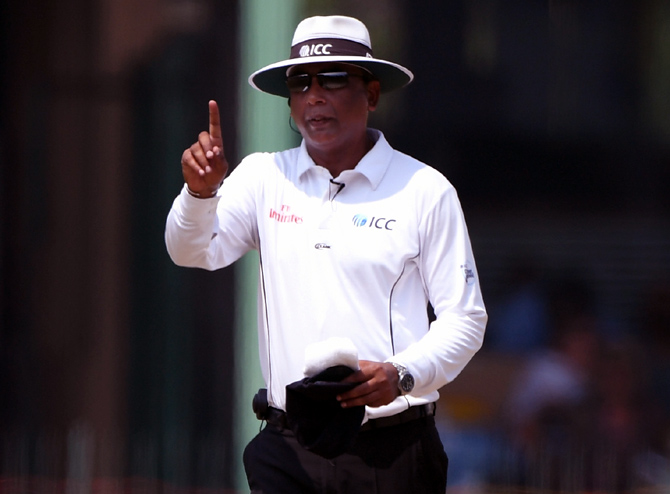 IMAGE: Umpire Sundaram Ravi, who was India's sole representative on the panel since 2015, was removed earlier this year after officiating in 33 Tests, 48 ODIs and 18 T20I. Photograph: Stu Forster/Getty Images

Not a single Indian features in the ICC's Elite Panel of Umpires right now and the celebrated Simon Taufel doesn't foresee anyone making the cut in near future either as he feels it takes a decade to create one world-class official.

Sundaram Ravi, who was India's sole representative on the panel since 2015, was removed earlier this year after officiating in 33 Tests, including the Ashes, 48 ODIs and 18 T20 Internationals.

"So there needs to be a rethink (from the BCCI). I am not sure if there is anything wrong necessarily. They need umpires and (new BCCI president) Sourav Ganguly perhaps is on the right path when he talks about strengthening domestic cricket and hopefully umpiring is part of that programme," he said.

Taufel said another another Indian can't be expected in the elite panel anytime soon as the process "takes time".

The 53-year-old Ravi was only the second Indian to enter the 12-member ICC elite panel of umpires after S Venkataraghavan.

"We also need to create an environment where people feel safe and there is meritocracy," he added.

After his retirement in 2012, the 48-year-old Taufel served as ICC's umpire performance and training manager until October 2015.

Umpires are being scrutinised more than ever due to the increasing use of technology in the game, mainly the Decision Review System. In the past, Taufel has spoken about the extreme challenges of umpiring, maintaining that the art cannot be perfected.

Asked if he would have liked to be an umpire in this technology-driven era where each mistake is magnified, Taufel said: "Not necessarily. It is just the nature of the beast, you got to keep adapting to the changing environments."

"...if you look at comments made by Tim Paine (Australia captain) during the recent Ashes series, he spoke about how difficult it is for captains to get the reviews right, they have greater appreciation for the umpires now. Umpiring is not for everyone. Technology also shows how many good decisions they make," he pointed out.

Taufel also stressed on the need for having best umpires in a Test match over two neutral umpires, which has been the norm since 2002.

"When we have neutral umpires and we don't care they come from and they make a mistake, we are not talking about where they are coming from, so the game comes first. It is not about whether the umpire is neutral or not.

"It is about whether he is doing a good job or not. It should be merit-based. Why have we got different policies for ODI and Test cricket? Shouldn't we be more aligned between the two formats?" asked Taufel.

In ODIs and T20s, one of the on-field umpires is usually from the host nation, while the other one is neutral. 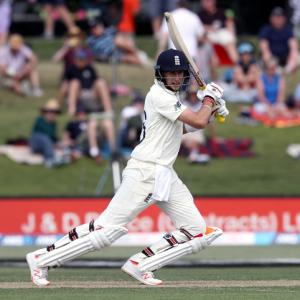