Disgraced former captain Salman Butt has claimed that Shahid Afridi blocked his return to the Pakistan team for the 2016 World T20 despite him serving the five-year ban following the 2010 spot-fixing scandal. Former Pakistan captain Salman Butt had received a five-year ban for his role in spot-fixing a Test against England at Lord's in 2002. Photograph: Reuters

Butt said he was close to being selected for the World T20 in India after he had resumed playing domestic cricket following the completion of his ban in 2015 but Afridi resisted his selection.

"I was called to the NCA by head coach, Waqar Younis and batting coach, Grant Flower and they took me to the nets and checked my fitness," Butt said on the Gsports show on GTV News channel on Tuesday night.

"Waqar bhai asked me if I was mentally ready to play for Pakistan again and I said ‘yes very much’."

The 34-year-old said everything was cleared for his comeback to the Pakistan team before Afridi, who was the captain then, stepped in and blocked his return.

"I don't know what prompted him to do this but no I didn't go to him or speak about it. I didn't feel it was right. But what I know is that Waqar and Flower told me I was playing the World Cup and than Afridi resisted," Butt claimed.

Pakistan fared poorly in the World T20 as a result of which both Afridi and Waqar were forced to resign.

Butt said he didn't think individual players should be allowed to decide the fate of players returning from bans.

"I don't know what more I have to do to be considered for selection again. I have completed my rehabilitation and I have scored runs.

"But I think it is great injustice if no one is clear with us and tells us no matter what we do we are not going to be picked for Pakistan again.

"I don't see the use of working so hard and doing so much if we are left to remain in uncertainty."

Butt and his teammates, Muhammad Asif and Muhammad Aamir were caught in the spot-fixing scandal on the tour of England in August, 2010.

Butt was named as Pakistan captain after Afridi had stepped down as Test captain following a defeat in the first Test at Lords in that series. 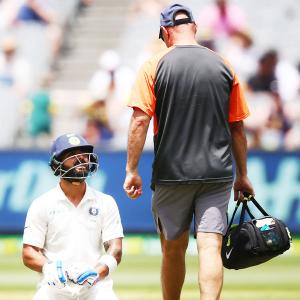