'I wouldn't be able to tell you right now, but both of the keepers will be in play for sure' IMAGE: Dinesh Karthik, right, who excels as a finisher with the bat, has been India's preferred stumper so far. Photograph: Sarah Reed/Getty Images

India captain Rohit Sharma said he has yet to decide whether Dinesh Karthik or Rishabh Pant will don the wicketkeeper gloves for Thursday's Twenty20 World Cup semi-final against England.

Veteran Dinesh Karthik, who excels as a finisher with the bat, has been India's preferred stumper so far, with Pant's only appearance coming in Sunday's inconsequential Super 12 contest against Zimbabwe, where he scored three.

But India, who won the inaugural event in 2007, may still be tempted to play Pant, largely because they do not have another lefthander among their frontline batsmen.

Rohit said it was a 'tactical' decision to field Pant against Zimbabwe, giving the 25-year-old some playing time in case he is needed in the knockout stage of the tournament.

"If we want to make changes for the semis or the finals, we should be able to do that, and it'd be unfair to just bring the guy from nowhere and make him play the game," Rohit told a news conference at the Adelaide Oval on Wednesday.

"We've told the guys right from the beginning that everyone needs to be ready for whichever game they may have to play - whether it's semis, final, or league games."

"We wanted to give a lefthander an opportunity to counter some of the spinners who bowl in the middle (overs) for New Zealand and England. That was the thought (behind playing Pant)."

"What is going to happen tomorrow? I wouldn't be able to tell you right now, but both of the keepers will be in play for sure."

Rohit, who has managed just one fifty from five matches in Australia, sustained a blow to his forearm in the nets on Wednesday but is fit to lead the side against Jos Buttler's England.

"It was a little bruising, but it's absolutely fine now." 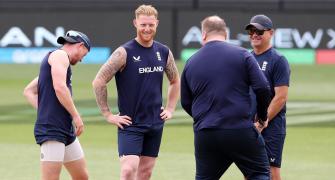 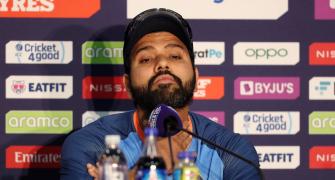 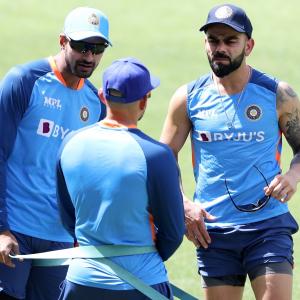 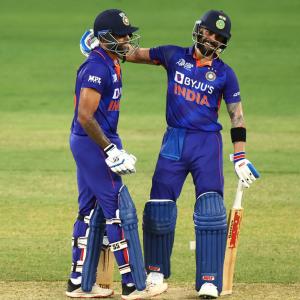 If England Get Rid Of Kohli, Surya Early...