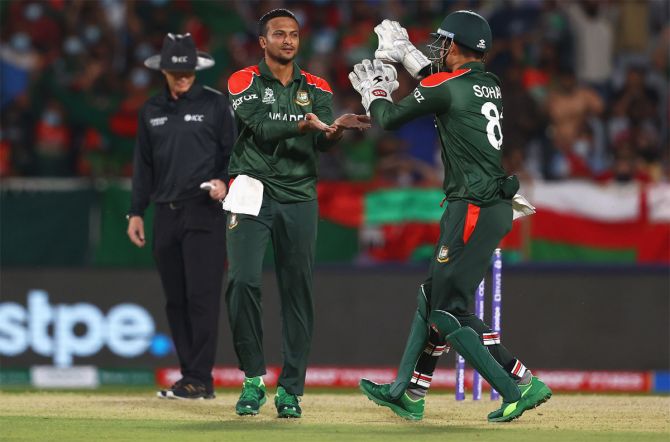 Opener Mohammad Naim made an immediate impact on his first appearance of the tournament with 64, while Shakib Al Hasan made 42 to set a first innings total of 153 all out.

And despite a quickfire 40 from Jatinder Singh, some economical bowling from Mahedi Hasan (1/14) and Mohammad Saifuddin (1/16) left Oman with too much to do in reply.

Following defeat to Scotland, Bangladesh got their tournament back on track and will look to back it up against Papua New Guinea with the top side in Group B going into Group 2 of the Super 12 and the runners-up heading into Group 1.

Oman, meanwhile, will have to bounce back against Scotland who lead the way after two matches.

Both batting and bowling, Bangladesh found themselves in early trouble losing Liton Das and Mahedi to slip to 21 for two after electing to bat.

However, it could have been worse with Jatinder dropping Naim over the boundary before Kashyap Prajapati gave him another life the following over at midwicket.

That would prove costly as Naim and Shakib built a handy partnership, the veteran all-rounder taking the initiative including back-to-back boundaries off the bowling of Mohammad Nadeem.

He had raced to 42 from 28 runs as the pair put on 80 but just as Shakib looked like he was going to cut loose, he took on a risky single and paid the price as Aqib Ilyas produced a brilliant direct hit. 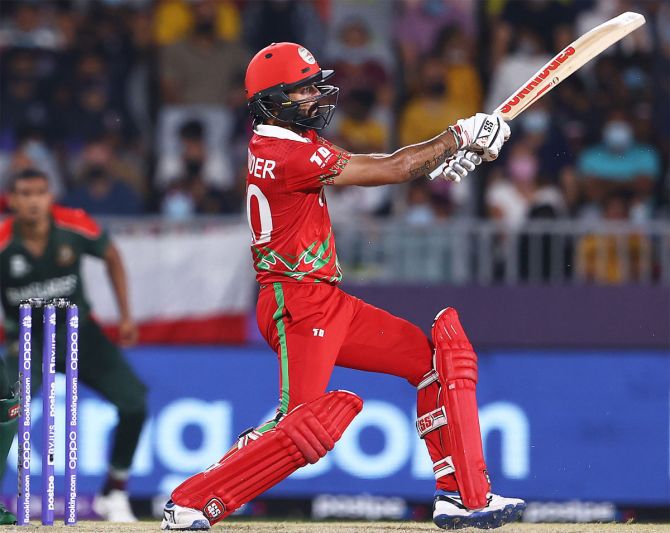 From that point onwards, Bangladesh were unable to put any partnerships together as Bilal Khan, Fayyaz Butt and Kaleemullah all chipped in with wickets.

However Naim reached 64 before he departed, while Mahmudullah added a useful 17 off ten deliveries to take the Tigers to 153 before they were bowled out off the final ball.

In reply, Oman got off to a flyer as Taskin Ahmed’s first over went for ten before Mustafizur Rahman bowled five wides in his first, while taking the wicket of Aqib leg before for six.

The drops were catching, Mahmudullah putting down Jatinder after he had smashed one miles into the sky.

When Kashyap hammered Mustafizur for six, the concern really started to grow for Bangladesh, but he was caught behind next ball for 21.

Still, with Jatinder at the crease, Oman had a chance, particularly when he pulled Shakib for four and then lifted him over extra cover for six.

Skipper Zeeshan Maqsood got in on the act with six off Taskin but was then brilliantly caught in the deep by Mustafizur, making amends for his earlier drop.

Jatinder was ploughing something of a lone furrow by this point, and after pulling Shakib for four, he then found Liton in the deep and with his departure, the chase faltered.

Shakib took two in two and then Nurul Hasan took a brilliant catch off Mustafizur diving wide to his right to remove Kaleemullah.

And it was Mustafizur who finished with a flourish with two more wickets to seal the victory. 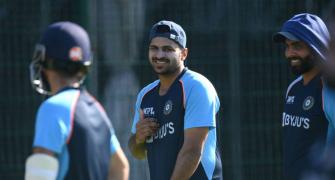 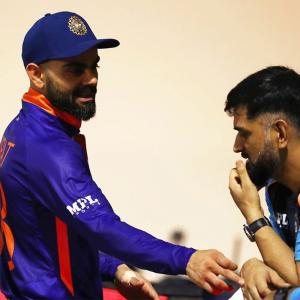