United in their plight and their back against the wall, Sussesx Sharks and Diamond Eagles will hurl themselves at each other's throat for a win that would open up the Super Eight door for them in the Champions League Twenty20 in New Delhi on Tuesday.

Both the teams were outplayed in their respective Group B openers against a markedly superior New South Wales (NSW) and it's fairly an uncomplicated situation where the winner would breeze into Super Eight and the loser can catch an early home-bound flight.

The Eagles, under Boeta Dippenaar, would have to pull up their socks if they are to extend their stay in the high-profile tournament.

On a tricky pitch, Eagles bowlers did not bowl according to the plan in the tournament even though they restricted NSW to a modest 144 for six. Among their bowlers, Victor Mpitsang impressed against NSW, as did Shadly van Schalkwyk.

Eagles batsmen, in contrast, have been a huge let down with the glorious exception of Ryan McLaren, whose gritty 37-ball 40 was one of the two double digit scores against NSW.

Dippenaar himself needs to lead from the front, more so because of his familiarity with the Indian conditions. Not that Sussex has done any better and losing regular captain Michael Yardy due to stomach cramps did not help their cause against NSW.

The lack of penetration in their bowling unit has been the bane of the English side and even though they restricted NSW to 130, they could claim just two wickets, which is not a flattering statement on their bowlers, including Indian leg-spinner Piyush Chawla and Pakistani pacer Yasir Arafat.

Their batting has been equally lacklustre. Chris Nash got the start against NSW but lacked aggression, stand-in skipper Ed Joyce did not trouble the scorer at all and Joe Gatting proved he has miles to go before coming anywhere close to his uncle Mike.

By and large, the battle between the desperate minnows promises to be an even fight. 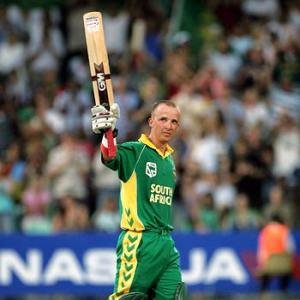