Stats: Rohit Sharma of Mumbai Indians has the safest hands

Statistical highlights of the Pepsi IPL match between Mumbai Indians and Pune Warriors in Mumbai on Saturday.

# Rohit Sharma has established a record for most catches by a fielder in the history of the IPL -- 43 in 82 matches, eclipsing Suresh Raina's tally of 42 in 83 games. 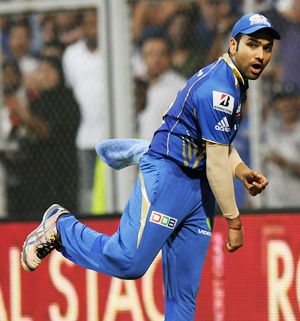 # Rohit has been adjudged the Man of the Match for the sixth time at the IPL.

# Rohit Sharma (62 not out off 32 balls) has posted his 17th half-century in the IPL -- the first two players to achieve the feat of recording seventeen innings of 50 or more were Chris Gayle and Gautam Gambhir.

# Rohit has posted ten sixes -- the second highest tally in the present competition, next only to Gayle's 14.

# Sachin Tendulkar (44 off 29 balls) has recorded his highest score vs Pune Warriors, eclipsing the 35 at Wankhede Stadium on April 20, 2011.

# Mitchell Marsh (38 off 26 balls) has posted his highest score in the IPL.

# Mumbai Indians (183 for three) have recorded their highest total against Pune Warriors at the IPL.

# Mumbai Indians, with net run-rate of +1.150, became the third team after Bangalore and Hyderabad to record three wins out of four in the IPL 2013.  With better net run-rate, they head the table.

# Pune Warriors have won one and lost three out of four contested in the IPL 2013.

# Ricky Ponting is the first skipper to win all four tosses in the current edition of the IPL.

# Karthik (41 off 29 balls) has posted his highest score against Pune Warriors at the IPL.

# Three partnerships of fifty or more were registered in Mumbai's innings -- the fifth occasion in the IPL -- the first in the current competition. 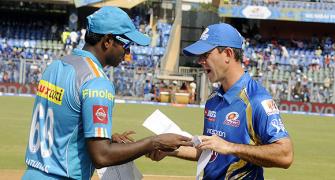 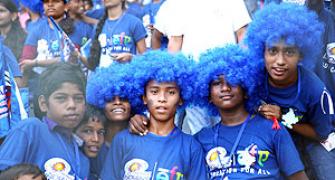 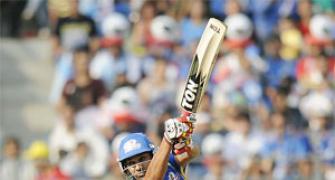 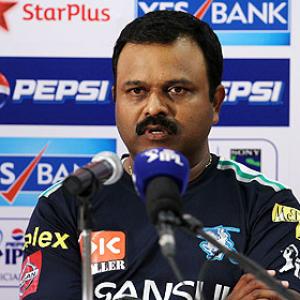 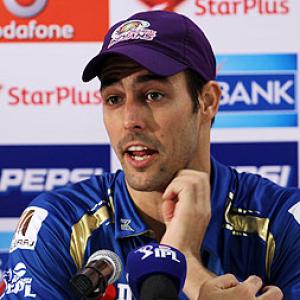