Favourites India were humbled by New Zealand in their opening match of the ICC World Twenty20, in Nagpur, on Tuesday night.

Chasing a seemingly innocuous target of 127 on a turning surface at the Vidarbha Cricket Association stadium, the hosts were dismissed for 79.

In the process, New Zealand extended their unbeaten run against the Indians to five in as many meetings.

It was the lowest total India failed to chase down in a 20-over game, and their second lowest in the format.

Check out some statistical highlights from the Super 10 Group 2 match. 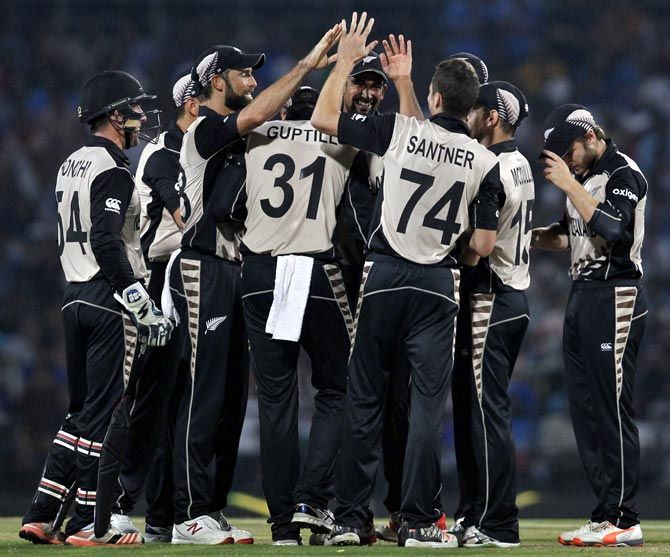 # New Zealand could reach 33 runs for the loss of two wickets in the powerplays -- the lowest for them in the 14 T20Is since the conclusion of the 2014 edition of the World Twenty20. They had managed 34 runs for three versus Pakistan at Dubai on December 4, 2014.

# For the first time in a T20I, India conceded two sixes in the first over of a match -- both by Ravichandran Ashwin -- first-ball six by Martin Guptill and off the fourth delivery of the over by Colin Munro.

# New Zealand's score is their second lowest successfully defended by them -- the lowest is 120 for seven vs Sri Lanka at Lauderhill on May 22, 2010.

# India's score is their second lowest all-out score in T20Is next only to the 74 vs Australia at Melbourne on February 1, 2008.

# Ravindra Jadeja registered his second duck in T20Is -- the first was against England at Kolkata on October 29, 2011. 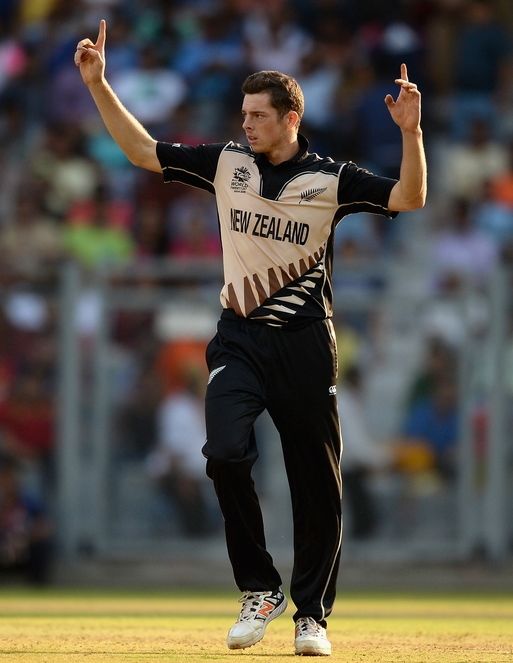 # Santner received his first Man of the Match award in T20Is.

# Mahendra Singh Dhoni (30) recorded his highest score versus New Zealand in T20Is, eclipsing the 28 not out at Wellington on February 27, 2009.

# Dhoni's innings is his highest in T20Is since January 2013, eclipsing the 27 not out versus England at Birmingham on September 7, 2014.

# Spinners claimed nine wickets in a T20I innings for the third time. The first two instances being - Zimbabwe versus Canada at King City on October 13, 2008 and Sri Lanka versus Zimbabwe at Hambantota on September 18, 2012. 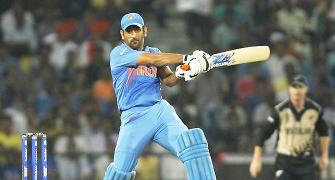 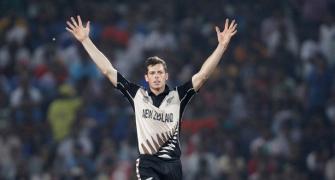 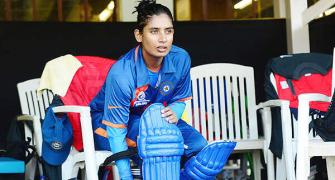 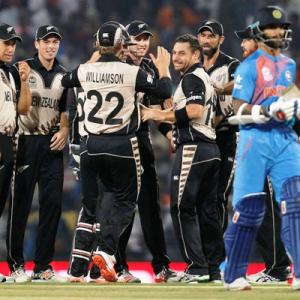 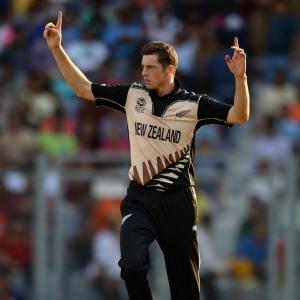