Chasing an elusive dream of winning their first cricket Test in India, Sri Lanka will begin their gruelling tour with a two-day tour fixture against a depleted Board President's XI, in Kolkata, on Saturday.

Sri Lanka who will play their first Test in India since 2009-10 have a forgettable record in the country as they are yet to win from 16 appearances and have suffered 10 defeats in their head-to-head record spanning 1982-2017.

It's an improbable task for skipper Dinesh Chandimal who will play his maiden Test in India and would bank upon the experience of Angelo Mathews and Rangana Herath the only two members who were part of their side which suffered 0-2 defeat seven years back.

Having suffered a 0-9 humiliation at home across three formats, the Islanders are here in India in a gap of two months but with a confidence-boosting surprise 2-0 Test series win over Pakistan in UAE last month.

The Lankans will play three Tests and as many ODIs and T20Is in the long series concluding in Mumbai on December 24.

Chandimal and Co. will hope to start well against a third-string Board's side led by Sanju Samson.

The match is scheduled at the Jadavpur University second campus ground, the deck of which primarily supports seam bowling.

Giving importance to the Ranji Trophy, the Board has opted for a third-string outfit primarily comprising of players from -- Hyderabad, Kerala, Madhya Pradesh and Punjab who are not featuring in the ongoing fifth round of the domestic tournament.

In such a scenario, it will hardly give the Islanders a perfect build up. For Sri Lanka the spotlight will be on former captain and ace all-rounder Mathews who will make a return after missing the entire series against Pakistan.

Having recovered from a calf muscle injury, Mathews was in full flow in their first practice here as he will look to get into rhythm ahead of the first Test at Eden Gardens from November 16-20.

Having bagged 16 wickets against Pakistan, senior-most spinner Rangana Herath will eye a rich haul here as he will lead the spin department.

Giving the 39-year-old company will be left-arm chinaman Lakshan Sandakan who bagged a five-wicket haul against India in Pallekele in their third and final Test in August.

Fresh from his 93 and 196 against Pakistan, left-handed opener Dimuth Karunaratne will look to continue from where he left in Abu Dhabi as they will also bank heavily on skipper Chandimal and Niroshan Dickwella in batting department.

Chandimal also has a century against Pakistan while Dickwella was their third leading run-getter in Abu Dhabi with two half-centuries.

The Board squad has in-form Punjab youngster Anmolpreet Singh, who scored a career-best 267 in the last round Ranji Trophy match against Chhattisgarh. He was drafted in after Naman Ojha, who was originally named captain, was ruled out due to an injury.

Punjab opener Jiwanjot Singh, who led their side against Himachal Pradesh in absence of Harbhajan Singh and Yuvraj Singh, too finds a place in the team.

There's also Punjab batsman Abhishek Gupta, who scored a double century in his first-class debut in the season opener against Himachal Pradesh.

B Sandeep, Tanmay Agarwal and Rohan Prem are the other members in the batting department.

The pace department consists of Sandeep Warrier from Kerala and Avesh Khan from Madhya Pradesh. 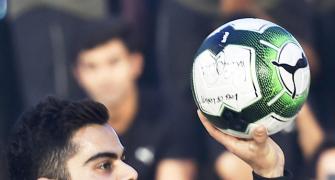 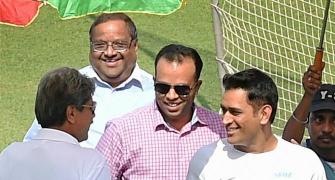 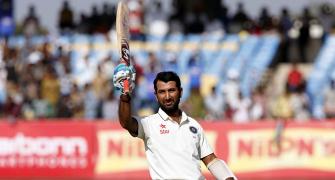 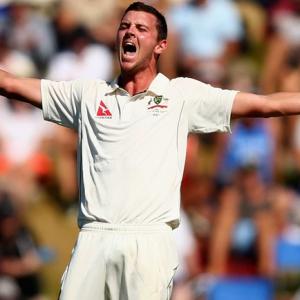 England beware: He is fit and ready for Ashes!