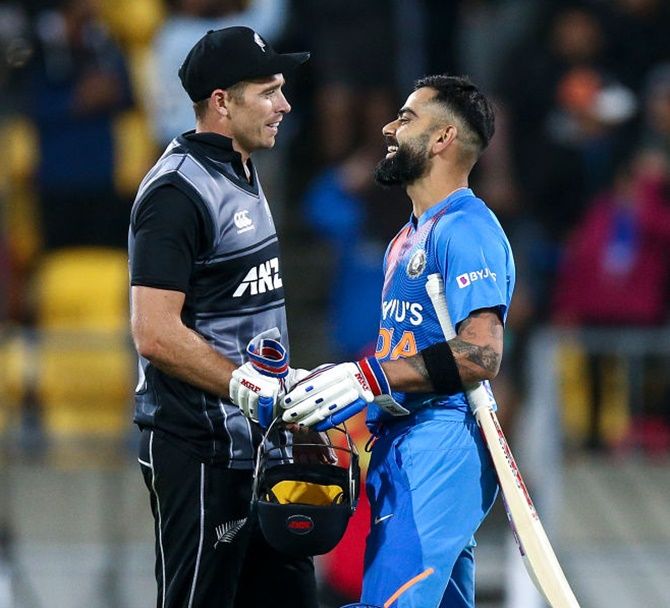 He has dismissed Virat Kohli the most number of times in international cricket and New Zealand pacer Tim Southee, on Monday, credited helpful pitch conditions for the feat he 'didn't know' about.

"He is obviously a class player and doesn't have many weaknesses. I think the wicket had a little bit of assistance with the new ball and if you put it in the right areas, there was enough there to ask a few questions. It is about assistance and the pitch conditions...," Southee said on the eve of the third ODI in Mount Maunganui.

"It is your job to take wickets...And Virat is a great player and he has been in great form. Especially in run chases he is exceptional, so I guess it's always nice to see the back of him. I didn't know that was the most...," he added.

Southee said his side's 2-0 series win over India in the current three-match contest shouldn't be a surprise to anyone as the Black Caps, consecutive ODI World Cup finalists, have been playing well in this format for a while now.

"...they have been two great games of cricket and the ODI side has played some good cricket for a while even though we have been missing some important guys," he said referring to injuries to key players such as regular skipper Kane williamson.

"The guys have played great ODI cricket for a while now, although it was our first time since the World Cup. But the group has played well for a long time," he added.

Southee played with a stomach bug in the second ODI but led the bowling attack bravely. He bowled Kohli with a sharp inswinger. The pacer seems to have recovered from his illness, while New Zealand have been further bolstered by Williamson's return from injury.

Despite missing vital stars like Williamson, Trent Boult and Lockie Ferguson, the hosts etched out an easy 2-0 lead.

Southee said it was a good sign of the pace wares as well as a domestic structure that threw up man-of-the-match debutant Kyle Jamieson in the time of need.

"It was pretty tough but you have made the commitment to play. So you have to crack on and not leave your teammates hanging. Try to do a job for the guys. It was just a 24-hour bug and couple of friends had it," he said, trying to make light of his problem.

"...It is a pleasing sign of the environment as well. Kyle came up and played well on his debut, he was comfortable coming in than most people," he added.

The Bay Oval ground is a regular park and things will be different from both Hamilton and Auckland. Southee said it is a challenge to adapt to grounds in New Zealand but the same holds true for any other cricket field.

"...it is the same with cricket (everywhere), you have different soils and pitches, obviously different sizes and dimensions at most grounds across the world. So as cricketers it is something you just have to adapt to," he added.

India hadn't lost an ODI bilateral series in almost a year, and their previous loss in New Zealand was back in 2013-14. Southee said the hosts were mindful of the statistic but needed to concentrate on what they do best. 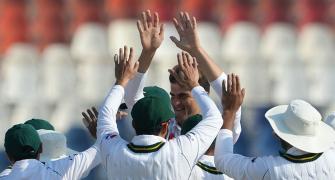 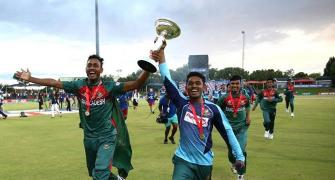 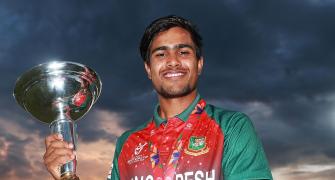