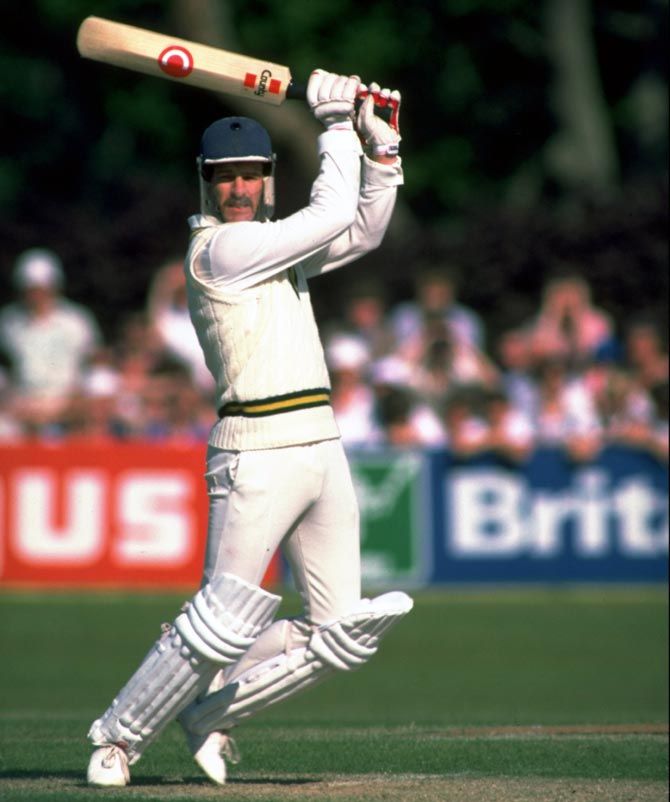 South Africa's first captain of the post-isolation era Clive Rice died on Tuesday after battling a brain tumour, the country's cricket board said.

The 66-year-old had appeared to be in remission after visiting India earlier this year to receive robotic radiation treatment in Bangalore.

Rice's family confirmed his death to South Africa's Eye Witness News, saying he was admitted to hospital on Sunday with severe stomach pains. The all-rounder captained South Africa at the age of 42 on their historic post-isolation limited-overs tour of India in 1991, but was left out of the squad for the World Cup in Australia and New Zealand the following year.

He also briefly represented Scotland before the Proteas' readmission to international cricket.

"Clive was our first captain and we knew him to be a great fighter all his life," Cricket South Africa CEO Haroon Lorgat said.

"Even during his last few years he put up a typically courageous and inspirational fight against the illness that had threatened him for a lengthy period of time." 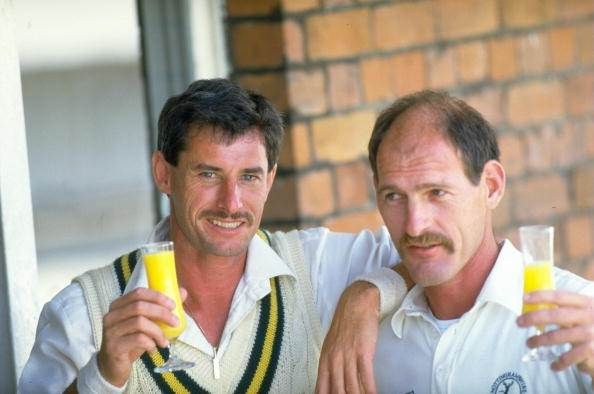 Richard Hadlee (left) and Clive Rice celebrate after winning a match during their stint in English county cricket with Nottinghamshire in 1987. Photograph: Simon Bruty/Allsport

"Devastating news on the death of Clive Rice. He was an inspiration to me as a young player and a fantastic example," former Proteas opening batsman and coach Gary Kirsten tweeted.

Rice led Nottinghamshire to the County Championship titles in 1981 and 1987, and was named Wisden Cricketer of the Year after the first championship success.

He returned to Trent Bridge as the newly appointed cricket manager in 1999, a position he held until 2003.

It was during that time he was credited with helping persuade Kevin Pietersen to qualify to play international cricket for England.

"Clive Rice was a giant of the game, not just in South Africa, but across the cricketing world," Richardson said.

"Though his international appearances for the Proteas were limited to just three ODIs, Clive was a hugely inspirational figure for those of us who had the privilege to represent our country.

"Clive was hugely regarded across the world game as a player, but later as a coach and mentor where he inspired the likes of Lance Klusener, Shaun Pollock and Jonty Rhodes, and he will be greatly missed by those who knew him," he added.

© Copyright 2022 Reuters Limited. All rights reserved. Republication or redistribution of Reuters content, including by framing or similar means, is expressly prohibited without the prior written consent of Reuters. Reuters shall not be liable for any errors or delays in the content, or for any actions taken in reliance thereon.
Related News: South Africa, Nottinghamshire, Allsport UK, Clive Rice, Wisden Cricketer
COMMENT
Print this article 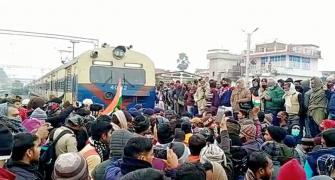