South Africa too good for New Zealand in first T20

South Africa humiliated the touring New Zealanders with an embarrassingly one-sided eight-wicket victory in the first of three Twetnty20 Internationals on Friday.

The hosts dismissed their hapless opponents for just 86 before captain Faf du Plessis (38 not out) and debutant Quinton de Kock (28 not out) wrapped the game up with 7.5 overs to spare following the early dismissals of openers Richard Levi and Henry Davids.

Six of New Zealand's top seven batsmen were dismissed for single figure scores as seamer Rory Kleinveldt claimed figures of three for 18 and spinner Robin Peterson produced his country's most economical four-over analysis in the format with figures of two for eight. 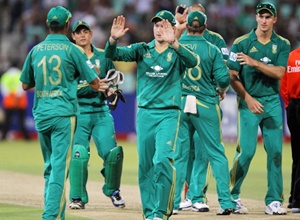 Dale Steyn, who previously owned the record with just nine runs conceded, was not far behind once again with an analysis of two for 13 from three overs.

Consolation was scarce for the tourists' batsmen but at least they could claim to have been too positive rather than too cautious. In fact, they were reckless and failed to assess a pitch which was uncharacteristically dry and produced uneven bounce.

Debutant Colin Munro briefly impressed with 23 from 18 balls and Doug Bracewell finished with an unbeaten 21 but it was not enough to avoid a desperate start to the tour for a New Zealand team in disarray before they even arrived following the controversial sacking of captain Ross Taylor.

The second game is in East London on Sunday and the third in Port Elizabeth on Wednesday.

© Copyright 2022 Reuters Limited. All rights reserved. Republication or redistribution of Reuters content, including by framing or similar means, is expressly prohibited without the prior written consent of Reuters. Reuters shall not be liable for any errors or delays in the content, or for any actions taken in reliance thereon.
Related News: New Zealand, South Africa, Quinton de Kock, Faf du Plessis, Henry Davids
COMMENT
Print this article
How South Gujarat saved Narendra Modi 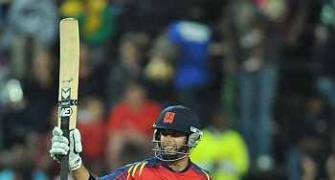 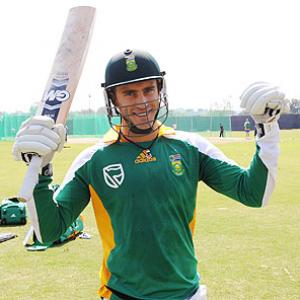 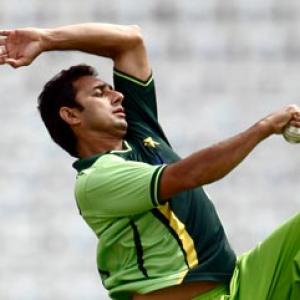