Graeme Smith and Hashim Amla led South Africa to a remarkable comeback, eight-wicket victory over Australia in the topsy-turvy first Test at Newlands on Friday.

Chasing 236 for the win, after a bizarre second day in which 23 wickets fell and parts of all four innings took place, Smith (101 not out) and Amla (112) put on 195 for the second wicket to stun Australia.

The tourists had established a 188-run lead after the first innings but were then promptly bowled out for 47 -- their lowest test total in 109 years -- and only narrowly avoided the lowest Test score of 26 when they were reduced to 21-9. 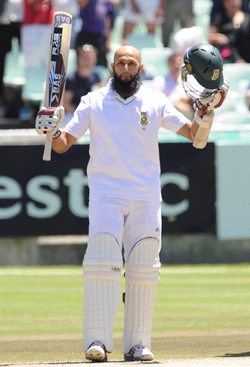 Australia captain Michael Clarke, who scored 151 in their first innings, was extremely critical of his team's performance.

"We played disgraceful shots and our execution with the ball today wasn't great," he said during the presentation ceremony.

"We've got a lot of work to do before the next Test on Thursday.

"(My century) was useless, it was a waste of time. You want to help your team win. I'll certainly forget about it very quickly. I guarantee you this is one tough time for that team up there."

Australia's attack bowled well in the first hour as South Africa resumed on 81 for one, and were unfortunate not to separate Smith and Amla. But they lacked precision thereafter as South Africa's second-wicket pair seized control.

Smith and Amla grew increasingly aggressive, hammering 36 boundaries between them as South Africa won in 50.2 overs, four minutes after the scheduled lunch break, which was pushed back due to the closeness of victory.

Australia could have gained a foothold in the game, but Amla was dropped by Mike Hussey at backward point on 29 off the last ball of Thursday's play, and again on Friday at first slip by Shane Watson on 30. Seamer Ryan Harris was the bowler on both occasions.

The two teams will now travel to Johannesburg where the second and last Test of the series begins on Thursday.

© Copyright 2020 Reuters Limited. All rights reserved. Republication or redistribution of Reuters content, including by framing or similar means, is expressly prohibited without the prior written consent of Reuters. Reuters shall not be liable for any errors or delays in the content, or for any actions taken in reliance thereon.
Related News: Graeme Smith, Hashim Amla, South Africa, Australia, Ryan Harris
SHARE THIS STORYCOMMENT
Print this article 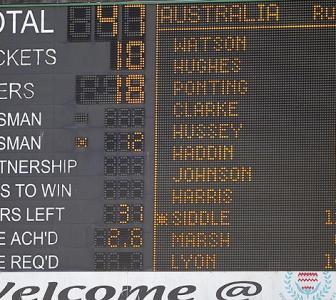