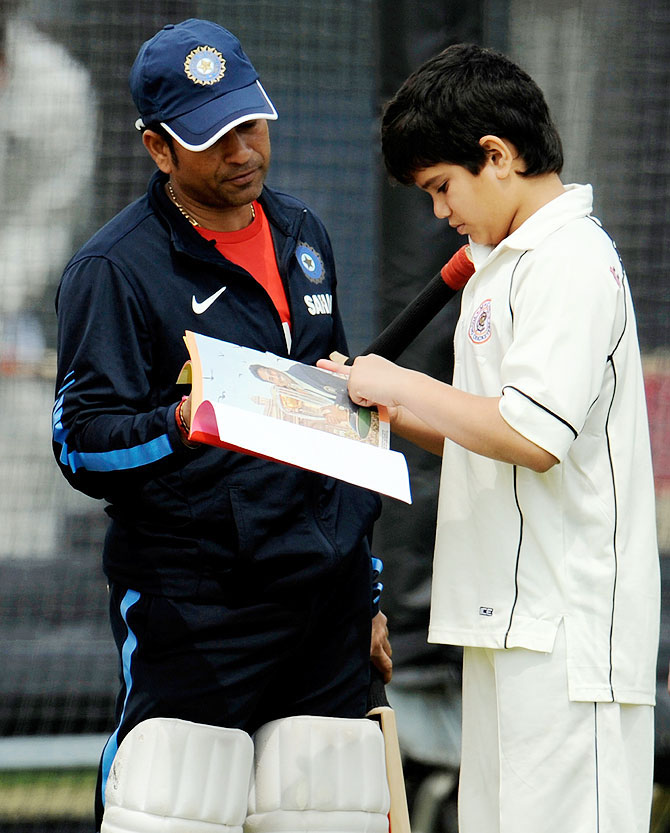 The Mumbai legend's presence at the academy created quite a stir as hundreds arrived to catch a glimpse of him.

Tendulkar, 40, bowled long spells to the Mumbai batsmen and so did Arjun, who looked as focussed as his father, the Gulf News reported.

The Master Blaster bid adieu to the game after helping MI do a double last season – winning the IPL and the Champions League Title -- but this year he will be seen wearing his No.10 jersey in the team's dugout after the management decided to retire the shirt.

"We had decided to retire the No.10 jersey worn by Sachin. He is our icon and he will inspire us from the dugout wearing it," Leeladhar Singh, the media manager in charge of the Mumbai Indians, told the Gulf News.