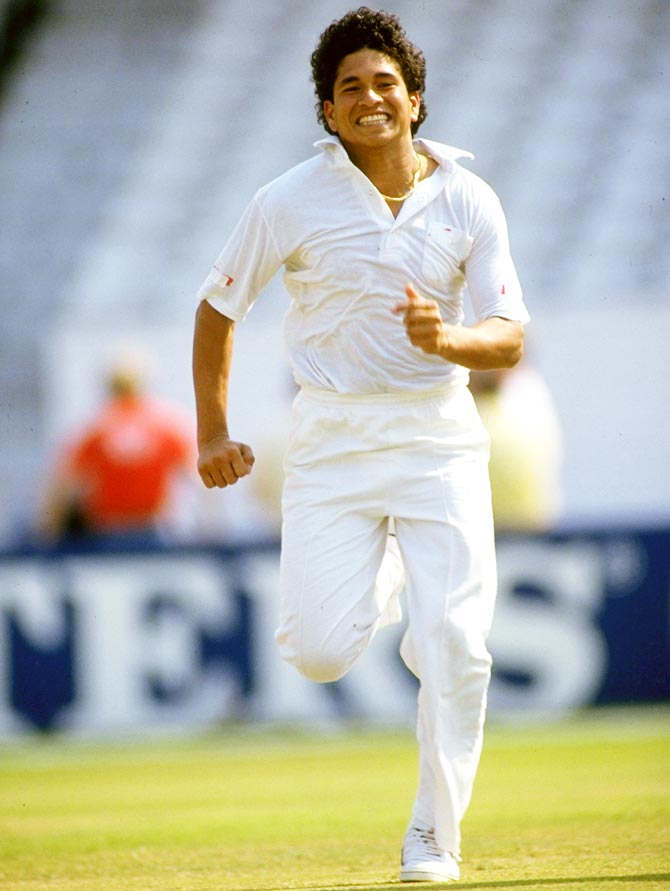 Sachin Tendulkar announced his decision to retire from Test cricket after playing his landmark 200th match against the West Indies next month.

The 40-year-old Tendulkar, who has not been in the best of form in recent times, informed the Board of Control for Cricket in India about his decision to quit Test cricket after a glorious career, spanning 24 years.

Though the BCCI is yet announce the venues for the two Tests against the West Indies, his 200th Test is most likely to be played at his home ground in Mumbai from November 14.

The Eden Gardens in Kolkata is also a contender for hosting that historic match.

As the batting legend prepares to sign off, we take a look at his glorious career.

- Playing for his school Sharadashram against St. Xavier's at the Azad Maidan in February, 1988, he was associated in the then world record unbroken stand of 664 runs with Vinod Kambli for the third-wicket. Both players remained unbeaten on 326 and 349 respectively.

- He scored a hundred (100*) for Mumbai against Gujarat at Mumbai in 1988-89 season on his first class debut, to then become the youngest to do so on debut in Indian first class cricket and the second youngest to score a hundred at the age of 15 years & 232 days.

Tendulkar was the third youngest debutant in Tests 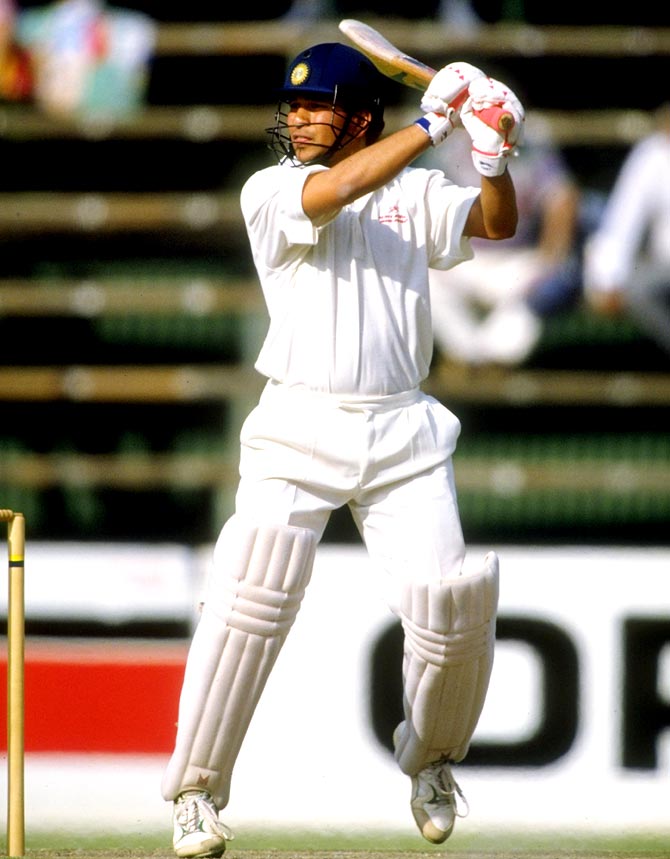 - When Tendulkar scored his maiden century in 1990, he was the second youngest to score a century. Only Mushtaq Mohammad had scored a century at a younger age by 1990. Tendulkar's record was bettered by Mohammad Ashraful in 2001-02 season. The record for previous youngest Indian centurion was held by Kapil Dev. 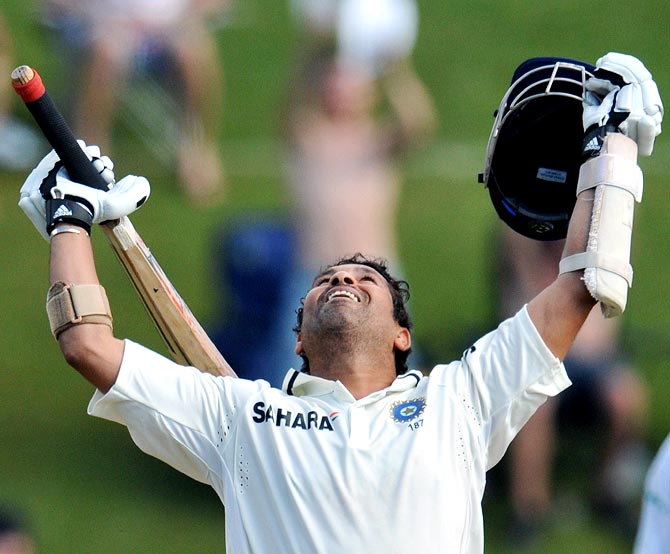 - Tendulkar has played the most number of Test Matches (198) in Test cricket. - Tendulkar has the distinction of scoring the most runs at any position in Test cricket. In 273 innings, he has amassed 13408 runs at his favourite batting position (# 4) with the help of 44 centuries and 57 fifties.

- Tendulkar has scored centuries against all Test playing nations. He was the third batman to achieve the distinction after Steve Waugh and Gary Kirsten.

Tendulkar holds the record of aggregating most runs in away Tests 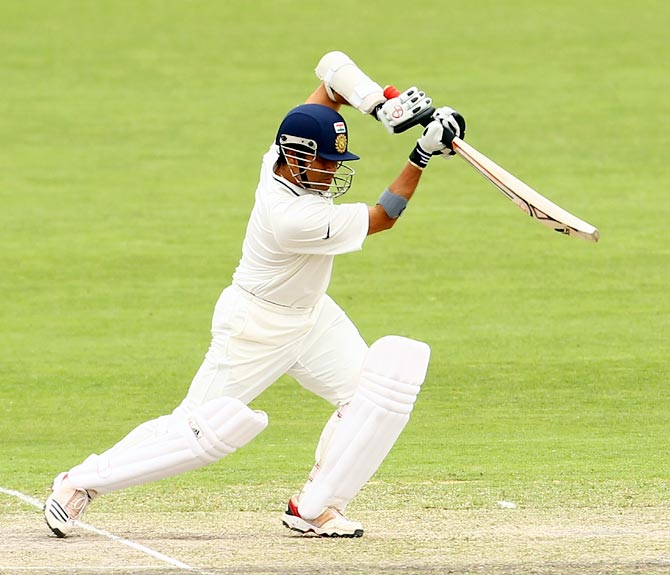 - Tendulkar has the distinction of scoring most fifty-plus innings (51 centuries and 67 fifties = 118) which remains the world record for any batsman.

- Holds the record of aggregating most runs in AWAY Tests (8705).

- Tendulkar's record of five centuries before he turned 20 is a current world record.

- His seven centuries in 2010 are the most by an Indian batsman in a calendar year. 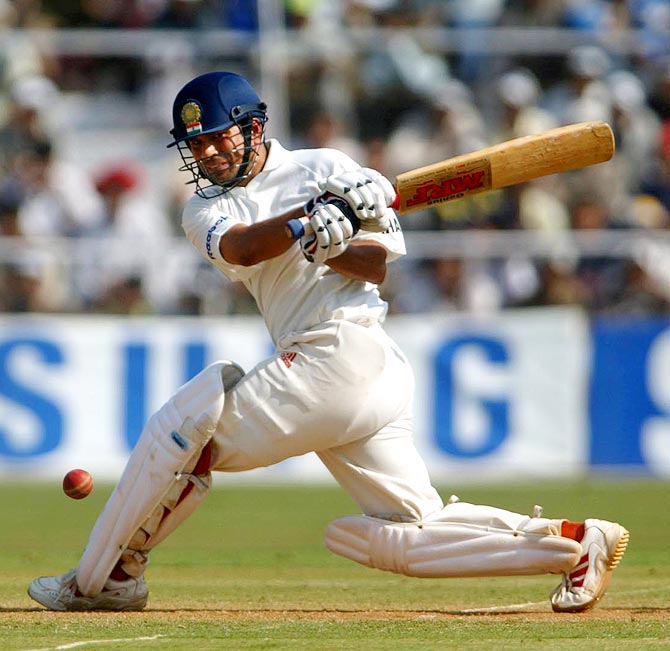 - Is the first batsman to have aggregated 1,000 runs against SEVEN different countries in Test cricket.

- First Indian to score 300 runs in a Test without getting dismissed. 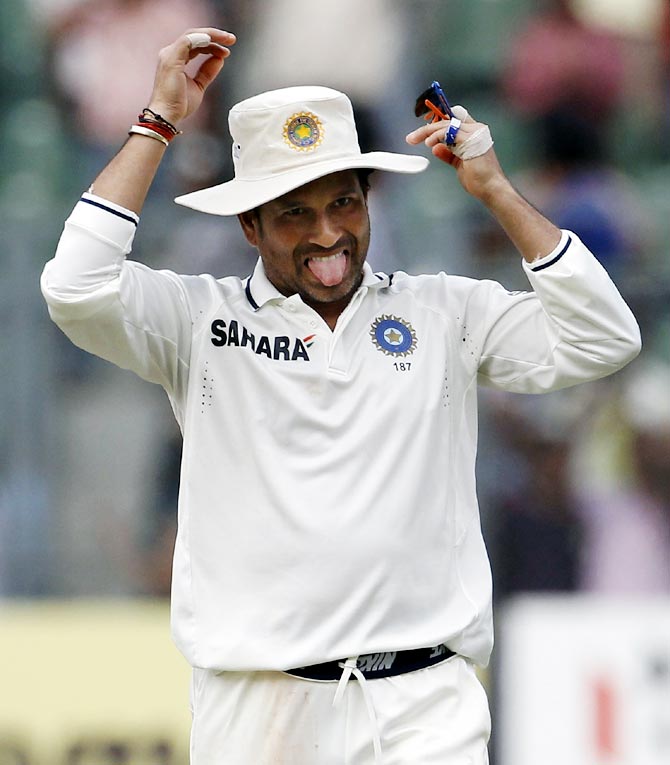 - Only batsman to have scored at least TWO centuries against all other Test playing countries.

- Has completed his hundred with a six on SIX occasions in Test cricket -- a world record.

Tendulkar holds with Dravid the world record for most hundred partnerships 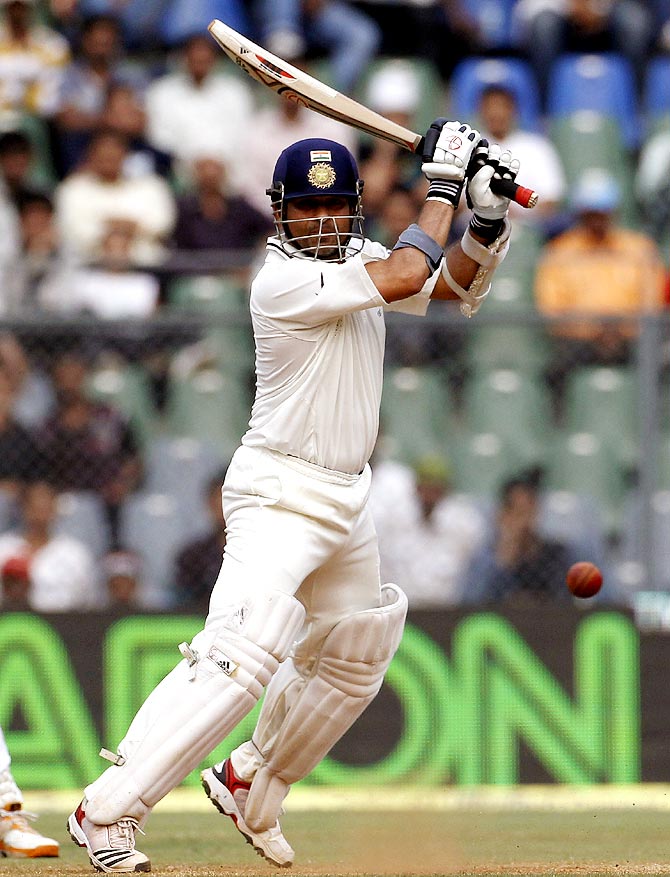 - Holds with Rahul Dravid the world record for the most hundred partnerships (20) by a pair in Test cricket. 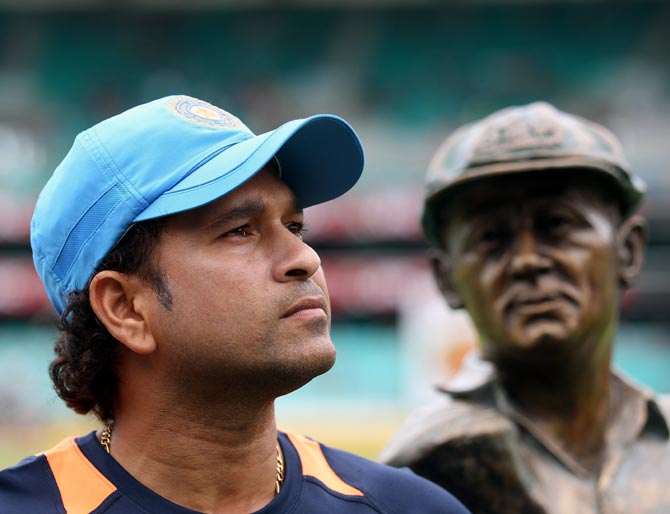 - Holds the unique record of having appeared in most WON (70) and most LOST (56) Tests for India. 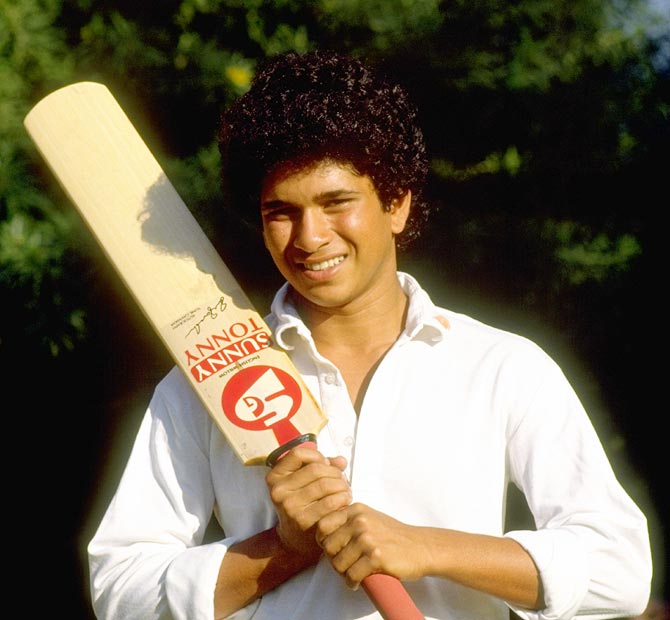 - His 463 matches are the most by any player in ODI history.

Tendulkar has played on 96 different grounds 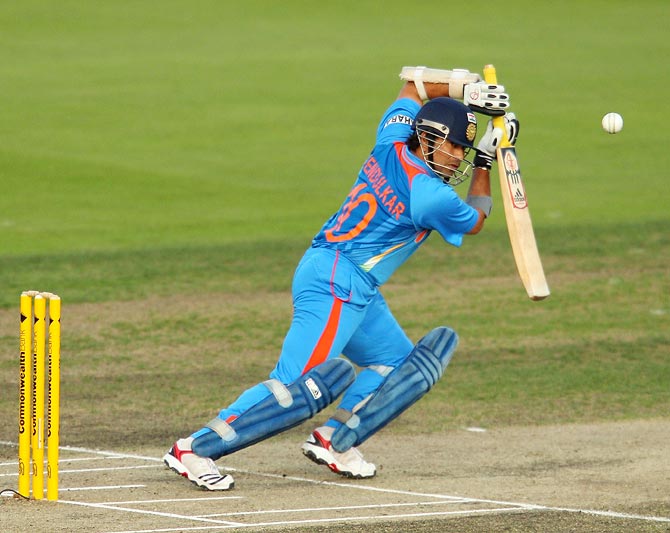 - Tendulkar has played on 96 different grounds -- most by any player. 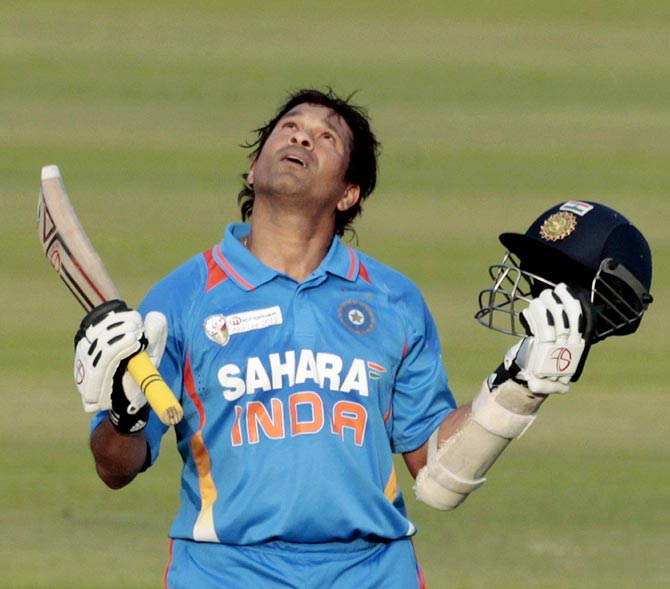 - Is the only player to have made three scores of 175 or more.

Tendulkar's 49 centuries are the most by any batsman in ODIs 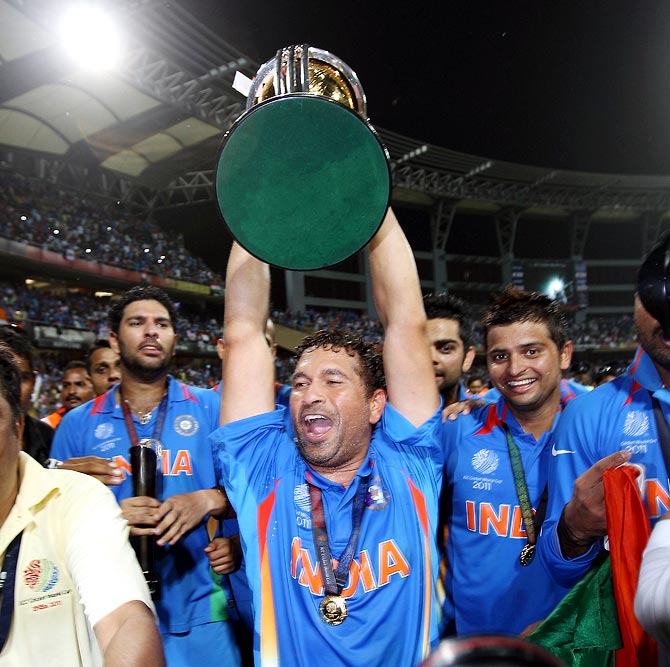 - His 49 centuries are easily the most by any batsman in ODIs. Ricky Ponting is distant second with 30. 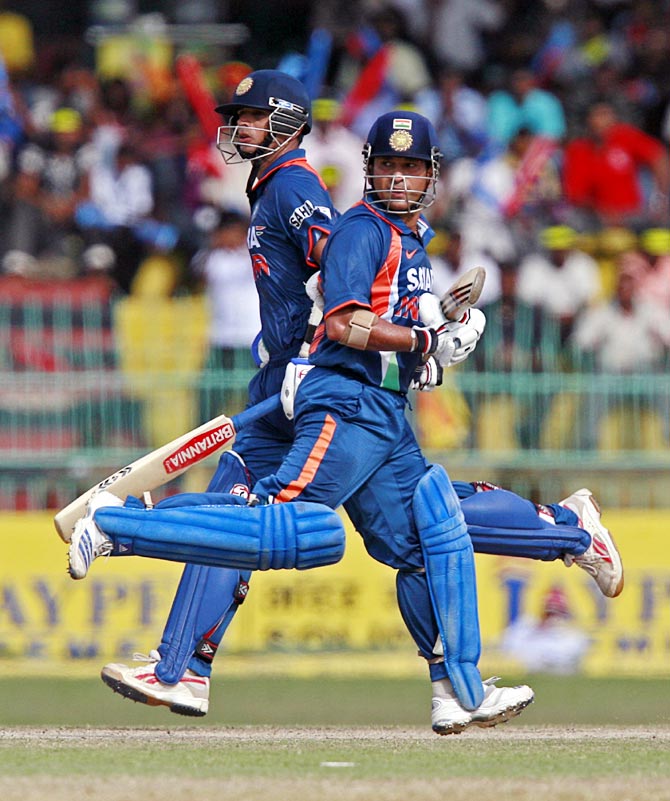 - Tendulkar and Dravid hold the world record for the highest partnership in ODIs when they scored 331 runs for the second wicket against New Zealand in 1999-00 at the Hyderabad.

- Tendulkar was the first Indian player to score a century and capture four wickets in the same ODI (v Australia at Dhaka on October 28, 1998).

- Played ODIs with 866 players (team mates and opponents) -- most for any player in ODI history.

- Tendulkar was dismissed on 99 on three occasions in ODIs -- most such occasions for any batsman. 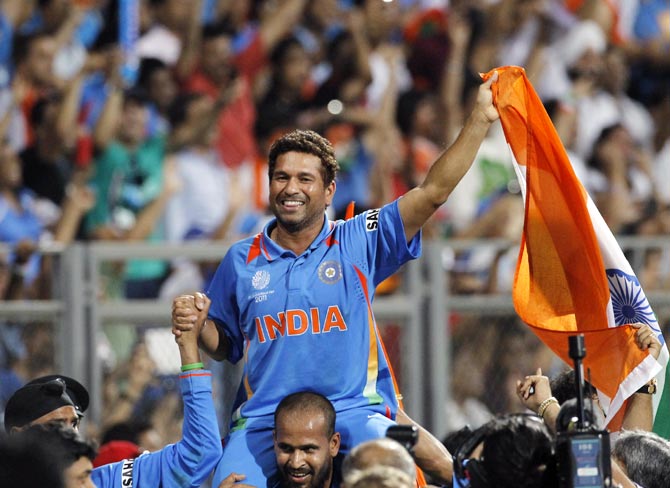 - Player of the Tournament in ICC Cricket World Cup 2003

- Only batsman in cricket annals to score over 100 centuries in international cricket.

- First batsman in history to score over 50 centuries in international cricket.

Tendulkar's 20 centuries against Australia are the maximum by any batsman 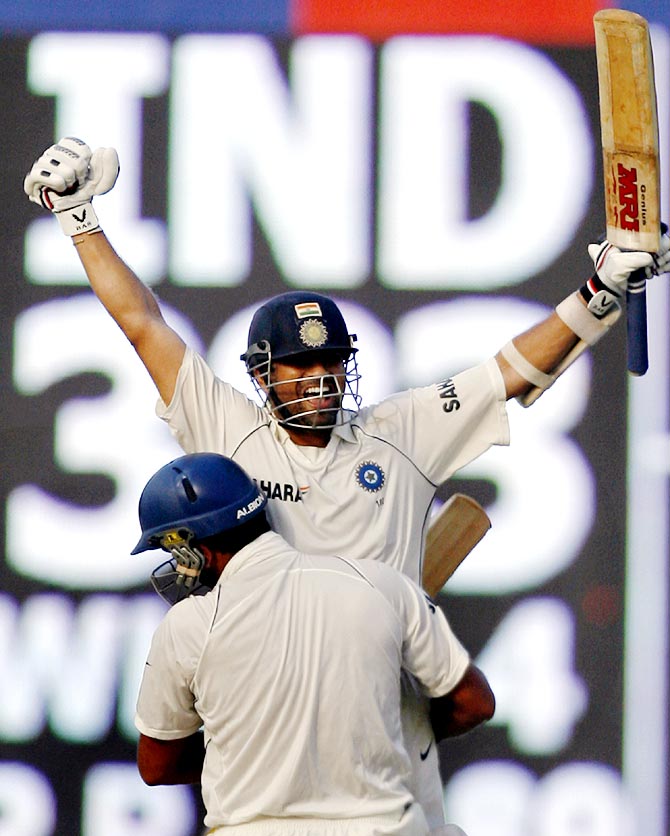 - Holds the record of getting out the maximum number of times on 90s in international matches. He has been dismissed 27 times (17 in ODIs and 10 in Tests) on scores of 90-99. On one occasion in ODIs he remained unbeaten on 96. The 18 nineties in ODIs is an ODI record too.

- Holds the record of aggregating most runs against a particular opponent in all forms of International Cricket (Tests, ODIs and Twenty20s). Tendulkar has aggregated 6,707 runs against Australia in all international cricket with 20 centuries and 31 fifties at an average of 49.68

- Tendulkar's 20 centuries against Australia are the maximum by any batsman in all forms of international cricket against a particular country, surpassing Don Bradman who had made 19 Test centuries against England.