Sign in  |  Create a Rediffmail account
Rediff.com  » Cricket » Pressure mounts on Srinivasan as ex-players, BCCI VPs urge him to quit 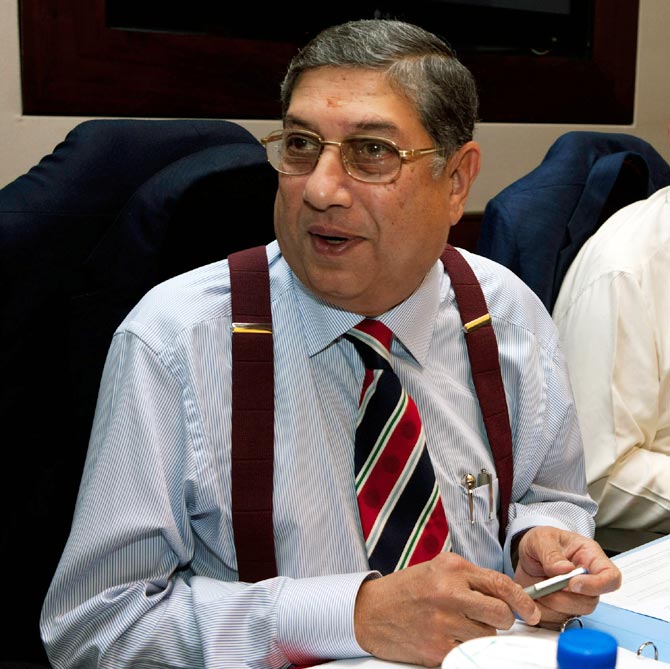 Board of Control for Cricket in India president N Srinivasan is under tremendous pressure to quit.

After the Supreme Court came down on him heavily on Tuesday morning, former cricketers and administrators added to his woes by asking him to respect the Supreme Court's views and step down to facilitate a fair probe into the Indian Premier League match-fixing scandal, in which his son-in-law Gurunath Meiyappan has been implicated.

The beleaguered Srinivasan appears isolated even within the Board as three of the five vice-presidents -- Shivlal Yadav, Ravi Sawant and Chitrak Mitra -- asking him to abide by what the Supreme Court observation.

"SC has given the order, nobody can challenge it. We have to accept it. Since the SC has given an order, there is no question of going back on it or giving an opinion on that. It has to be carried out in total and BCCI will have to follow whatever the Apex Court has given," Yadav, a vice-president representing South Zone, told a television channel.

Asked if he was willing to do the duty, he said, "Absolutely, I am ready to accept any responsibility given to me."

Another vice-president Ravi Sawant, who is representing West Zone, asked Srinivasan to resign within the next two days, before the matter comes up before the apex court.

"Supreme Court is the highest authority. It the SC has said, nothing can be done. If the Supreme Court has said he should resign, then he should step down within these two days," Sawant said.

"If there is a vacancy (in the post of BCCI president), the General Body Meeting of the BCCI will decide (who will occupy the vacant chair)," he added.

Chitrak Mitra, who is the vice-president from East Zone, said that a full-fledged president will take over after Srinivasan steps down.

"The SC verdict said Srinivasan should step down for a proper investigation (into IPL fixing scandal). If he does not stepped down, the SC will pass an order to that effect on March 27. That's all about it," Mitra said. 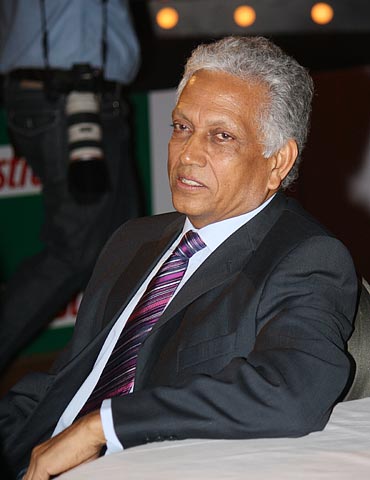 Asked if he is willing to take up the role if Srinivasan steps down, Yadav replied, "Absolutely, I am ready to accept any responsibility given to me."

Former cricketer Amarnath, a member of the 1983 World Cup-winning team, said the "game was bigger than an individual" and Srinivasan should step down in the interests of Indian cricket.

"He should respect the law and honour what the Supreme Court has suggested. Let's see how it goes," Amarnath said. 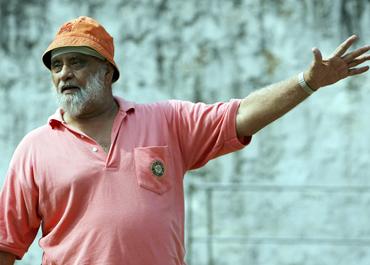 Bishen Singh Bedi took to Twitter to express his opinion.

'BCCI touches lowest low-thanks SC' nudge 'Srini must step down' and out of all matters cricketing! What happens to all his cronies in BCCI and ICC?! Hail SC!' he tweeted shortly after the court's observation.

In his second tweet, Bedi wrote, 'Justice M Mudgal arrived on Indian cricket scene most providentially/aptly to clean up corrupted culture-any culture good or bad stems from top down!!'

Rungta was scathing in his criticism of Srinivasan.

"I am happy that Supreme Court has asked him to resign. This was absolute arrogance that he was continuing as president of the BCCI," Rungta said.

"The conduct committee [earlier] had said no Board member would indulge directly or indirectly with the game [IPL team]. An Exception was made for Srinivasan, which was wrong. I wish Supreme Court had taken a view at that time," Rungta added.

Srinivasan had stepped aside in June 2013 after Meiyappan's name cropped up in the spot-fixing scandal, which had to led former India pacer Shantakumaran Sreesanth and two of his Rajasthan Royals teammates being banned.

However, at the BCCI’s Annual General Meeting in September 2013, Srinivasan was re-elected president.

The BCCI's own two-man probe panel, which had exonerated Meiyappan of any wrongdoing and its verdict was challenged in the courts.