With three consecutive half-centuries already in the Champions Trophy, Shikhar Dhawan continues his love affair with ICC tournaments.
Rajneesh Gupta tells us all about Dhawan's superb showing with the bat. 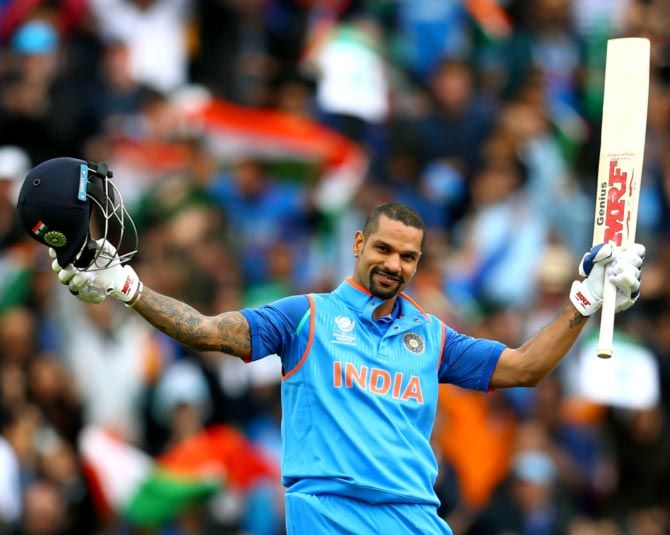 If K L Rahul was fit, Shikhar Dhawan may not have been part of the Indian team for the ICC Champions Trophy.

As destiny would have it, the left-hander made an unexpected comeback and has made the most of the opportunity, hitting half-centuries in all three league games to silence all doubts over his recall to the ODI side.

Dhawan continued his love affair with ICC tournaments as can be seen from his three innings in this tournament: 68 (vs Pakistan), 125 (vs Sri Lanka) and 78 (vs South Africa), which was instrumental in India finishing top of the group and advancing to the semi-finals.

In the last ICC Champions Trophy in 2013, Dhawan had played a key role in India's title triumph, finishing as the tournament's top scorer with 363 runs.

He was rightly named as the player of the tournament.

Dhawan's batting average of 69.73 is the second highest for any batsman scoring 500 or more runs in the ICC ODI tournaments.

Only Australian all-rounder Andrew Symonds is ahead with an average of 76.66. In the game against Sri Lanka, Dhawan completed 500 runs in ICC Champions Trophy.

In doing so, he became the quickest to reach this milestone, taking only seven innings.

Dhawan's run tally of 634 runs is now the fifth highest for any batsman in the ICC Champions Trophy.

Most runs in ICC Champions Trophy:

Dhawan's hundred against Sri Lanka was his third in the ICC Champions Trophy. He now shares the record of most hundreds in this tournament.

Most centuries in ICC Champions Trophy:

Of his eight innings in ICC Champions Trophy tournaments, Dhawan has scored at least a fifty six times -- that's a phenomenal conversion rate of 75%.

Only four batsmen have scored more hundreds than Dhawan in ICC ODI tournaments.

The Indian opener has the lowest innings per hundred ratio.

Also, his average is the best among the lot.

Most centuries in ICC ODI tournaments: 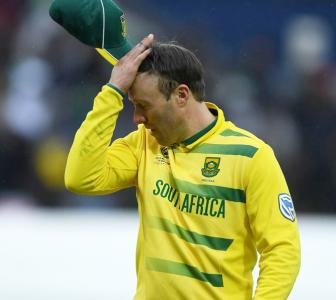 Here Dhawan is ahead of Kohli 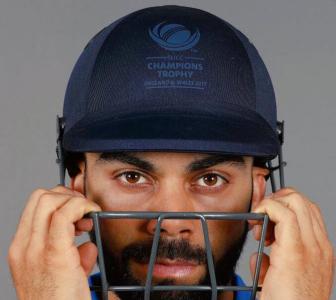 Everyone wants to see an India-England final: Kohli 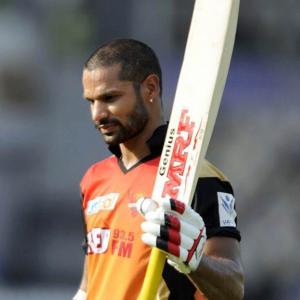 Dhawan felt sad over not being part of the Indian team 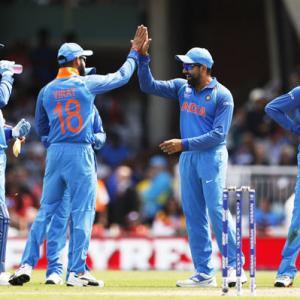