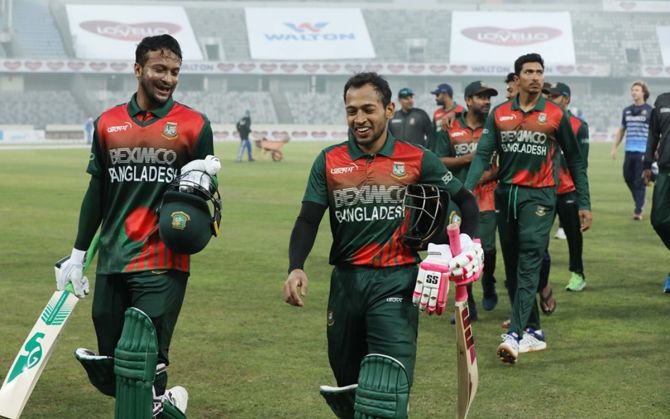 With this win, Bangladesh not only clinched the ODI series 2-0 but also moved up to the third spot in the ICC Cricket World Cup Super League standings.

Bangladesh first folded West Indies for 148 and then wrapped up an easy win on the back off skipper Tamim Iqbal's half-century and Shakib's unbeaten 43.

Chasing a paltry total of 149, Bangladesh openers were off to a solid start. Liton Das looked good during his stay in the crease before getting trapped in front of the stumps by Akeal Hosein.

Najmul Hossain Shanto and Tamim stitched a brief 47-run stand to deny any chances West Indies had in the first half an hour of Bangladesh innings.

Najmul was dismissed in the 17th over but Tamim and Shakib added a quick 32 for the third wicket as the skipper completed notched up 48th half-century in the ODIs.

Tamim departed soon after his fifty but Shakib and Mushfiqur Rahim ensured West Indies don't make any further inroads as Bangladesh chased down the target in the 33rd over to seal the series.

Earlier, West Indies had another below-par batting performance. The visitors failed to combat the spin threat of the home side. Despite the batting collapse in the first match, West Indies opted to bat first after winning the toss.

But their fate remained the same from the last match. Mustafizur struck early to dismiss Ambris for 5. Then it was all about spinner Mehidy Hasan and all-rounder Shakib. The duo shared 6 wickets together to dismiss the Caribbeans for just 148 in 43.4 overs. 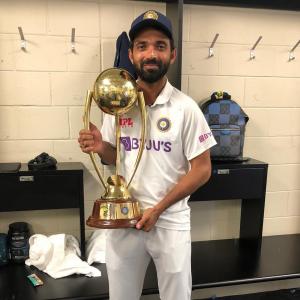 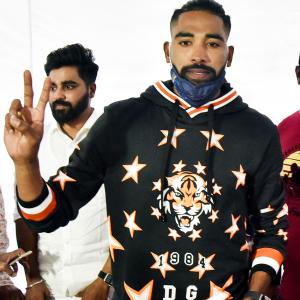