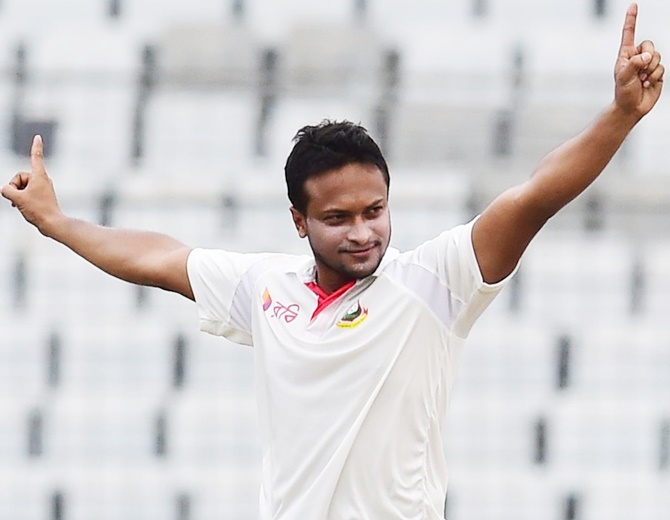 Bangladesh all-rounder Shakib Al Hasan will miss the two-match Test series against South Africa after he asked the Bangladesh Cricket Board (BCB) for time off to recover from exhaustion, BCB CEO Nizam Uddin Chowdhury said.

Shakib has played 50 international matches across all formats since 2016, scoring 771 runs and taking 41 wickets in nine Tests during this period. He has played in 51 Tests overall since 2007.

He also plays for Twenty20 teams in multiple franchise-based leagues around the world.

"Shakib has formally written to the Board with the request for some time off from Test cricket temporarily due to the demands placed on him physically and mentally from playing continuously in recent times," Chowdhury said in a statement.

"While he remains very important to the Bangladesh team in all formats, especially in Test cricket, the Board nevertheless acknowledges Shakib's need for a rest and has decided to keep him out of the Test squad for the Tour of South Africa 2017."

The 30-year-old was impressive in the recent two-match Test series against Australia, where he picked up 10 wickets and scored 153 runs in the first Test to help his side register a historic victory.

Shakib will return to the squad for the three-match one day international and two-match Twenty20 series that will be played in October.

The BCB recalled all-rounder Mahmudullah in Shakib's absence and dropped Nasir Hossain from the 15-man squad for the series, with the first Test to start on September 28 at SenwesPark.

© Copyright 2020 Reuters Limited. All rights reserved. Republication or redistribution of Reuters content, including by framing or similar means, is expressly prohibited without the prior written consent of Reuters. Reuters shall not be liable for any errors or delays in the content, or for any actions taken in reliance thereon.
Related News: Shakib Al Hasan, Bangladesh Cricket Board, Sri Lanka, South Africa, Jalal Yunus
SHARE THIS STORYCOMMENT
Print this article 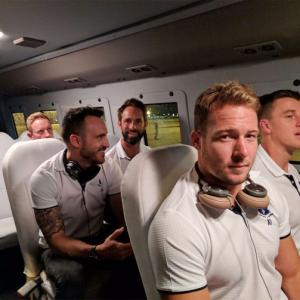