In reply to East Zone's first innings score of 232, almost all the Central batsmen barring opener Tanmay Srivastava found it difficult to survive on a slow track which also offered appreciable turn as they were shot out for 189 in 83.5 overs.

Srivastava made a patient 94 off 252 balls with eight fours and was Iresh's fifth victim as he gave a simple catch to Ishank Jaggi at forward short-leg to become ninth central batsman to get out.

Left-arm spinner Iresh had career-best figures of five for 58 while Majumdar, who had done the star turn with bat during their maiden triumph last season, bamboozled the opposition with his leg-breaks and googlies to end with 4/29 in 7.5 overs.

The East Zone team management had read the pitch wrong when they left out leg-spinner Samar Quadri with only Saxena being the specialist slow bowler but it didn't take too long for skipper Natraj Behera to understand that spin was the key on the final day.

The turning point came when Behra handed the ball to Anustup in the 70th over which tilted the match decisively in East's favour. He immediately got Rawat caught behind with leg-break and his googly got rid of the dangerous Bhuvneshwar Kumar (0). From 147 for four, they were suddenly 165 for seven. There wasn't any looking back for the East after that.

Starting the day at 74 for two, Robin Bist (2) became the first batsman to be dismissed as he got short-pitched delivery from Basant Mohanty which kicked up as Dheeraj Jadhav at gully took the catch.

Iresh, got his third victim when scratchy Ashok Menaria pushed at a flighted delivery to be caught at first slip.

At 97 for four, Mahesh Rawat (22) joined Srivastava as they added 50 runs in the next 20 overs where East couldn't make any inroads before Anustup's twin strike and Iresh dismissing Jalaj Saxena proved to be vital.

"I happy to have contributed to team's cause but at the same time would like to congratulate the bowlers for their brilliant effort. For me, sticking to the wicket was key and I did just that. I got an able partner in SP Gautam who encouraged me to go for my shots. Also the performance against tail-enders in the South Zone game gave me confidence," a delighted Jaggi said after the match.

Skipper Natraj Behra did admit that he had "never seen Anustup bowl in a competitive match."

"I have never seen him bowl in a competitive game. When he got one wicket, he said that he wanted to bowl more. I will certainly tell him to continue bowling leg-spinners," Natraj said while collecting the coveted trophy.

Source: PTI© Copyright 2022 PTI. All rights reserved. Republication or redistribution of PTI content, including by framing or similar means, is expressly prohibited without the prior written consent.
COMMENT
Print this article
Jayawardene, Malinga rested for NZ T20 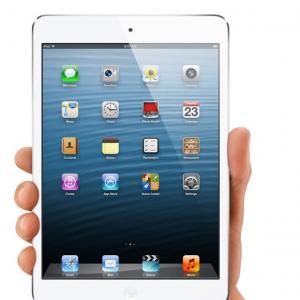 Apple iPad Mini: Will YOU buy it for Rs 18k?