Ravi Sawani, the former head of the ICC's Anti-corruption and Security Unit (ACSU), has been roped in by the Board of Control for Cricket in India to head its new domestic anti-corruption agency.

The BCCI, during its working meeting in Chennai on May 12, decided to set up an Anti-Corruption Unit on the lines of the ICC's ACSU.

"We want our own ACU unit because at the moment, for tournaments like the IPL, we need to hire people from the ICC and then there is also a lot more domestic cricket played in India," said senior BCCI official and IPL chairman Rajiv Shukla.

"So the BCCI felt we should have our own watchdog," he added.

While India will be the fourth country after Pakistan, Australia and England to have an independent ACU unit, the ICC Executive Board has already made it mandatory for all member boards to have a domestic anti-corruption code of their own.

The unit will be formed to keep a close watch on IPL and India's domestic tournaments and keep betting and match-fixing at bay.

Sawani last year retired from his full-time post in the ACSU after holding it since November 2007. He went on to become a consultant at the ICC, but his term ends at the end of this month.

Sawani has 30 years of experience in the Indian Police Service, including seven years with the Central Bureau of Investigation.

In the CBI, as Joint Director in charge of Special Crimes, he worked on the enquiry into match-fixing in cricket.

Besides the IPL and domestic duties, Sawani and his team are also likely to educate young players at the various BCCI state academies about the anti-corruption code. 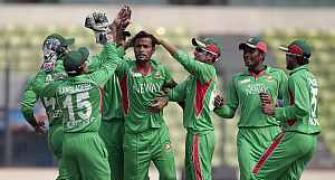