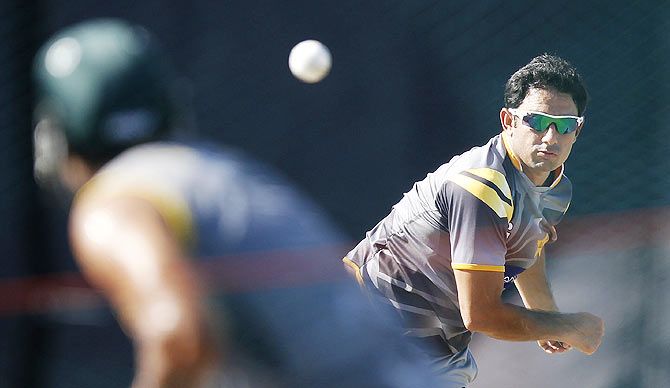 Suspended from international cricket for an illegal bowling action, Pakistan's star off-spinner Saeed Ajmal on Friday returned to the national side for the tour of Bangladesh after his modified action was approved by the International Cricket Council.

The new national selection committee headed by Haroon Rasheed named separate squads for the Test, ODIs and Twenty20 matches in Bangladesh and Ajmal found a place in all three sides.

The selectors axed experienced players Umar Akmal, Nasir Jamshed and restricted opener Ahmed Shehzad to the T20 format only while announcing the squads for the Bangladesh tour which begins tentatively from April 17 with three one-day matches followed by two Tests and a T20 match.

Saeed's new action is yet to be tested in competitive cricket after his bowling action was declared illegal by the International Cricket Council (ICC) last September during the tour of Sri Lanka.

Also back is experienced all-rounder Muhammad Hafeez, who had to return home from New Zealand before the World Cup due to fitness problems.

Hafeez is also due to appear for a ICC bowling assessment Test in Chennai on April 9 as his bowling action was also declared illegal by the ICC last November.

Also recalled was pacer Junaid Khan, who has recovered from a leg injury that ruled him out of the World Cup, while the seasoned Umar Gul has not been considered for selection since last year.

The selectors have also included some uncapped players in the three squads with two new openers in Sami Aslam and Babar Azam in the Test squad and other youngsters like wicketkeeper batsman Muhammad Rizwan and opener Mukhtar Ahmed.

Sami and Babar will partner Hafeez in the Test matches. 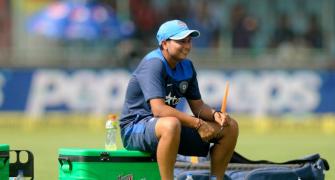 'Will see a lot of chinaman bowlers in the near future' 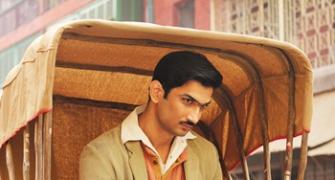 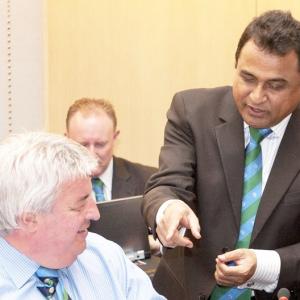 Nothing but TRUTH...on why Kamal was removed from World Cup ceremony 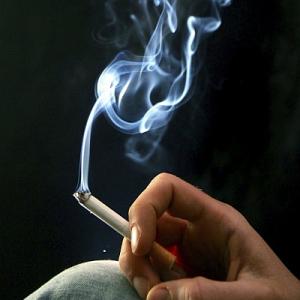