Parthiv has been a brilliant ambassador for Indian cricket: Ganguly The Board of Control for Cricket in India (BCCI) president Sourav Ganguly praised Parthiv Patel after the latter announced his retirement, on Wednesday, and also said that Parthiv's performance in the 2016-17 Ranji Trophy final will remain etched in the history of Gujarat cricket.

The wicket-keeper batsman had scored a ton in the final to power Gujarat to their maiden title win. He also played 193 List A games and scored 5172 runs, with a best score of 119.

The former Indian skipper congratulated Parthiv on a 'fantastic career' and said his work was the main factor behind his success in international and domestic cricket. Ganguly also felt overwhelmed to captain the 'brilliant ambassador' of Indian cricket.

"Parthiv has been a brilliant ambassador for Indian cricket. He has always been a team man and it was a pleasure to captain him when he made his international debut at the age of seventeen. His hard work has earned him laurels in international and domestic cricket," Ganguly said in a statement issued by BCCI.

"I congratulate him on a fantastic career and wish him the very best for his future endeavours. His performance in the Ranji Trophy final to win Gujarat their only title will always be remembered in the history of Gujarat cricket," he added.

Sachin Tendulkar congratulated Parthiv Patel for a wonderful career and said the wicketkeeper's 'never say never' attitude always stood out for him.

Tendulkar also lauded Parthiv's 69-run knock against Pakistan as an opener at the Rawalpindi Cricket Stadium in 2004. India won the match by an innings and 131 runs after scoring 600 runs in the first innings. The visitors bundled Pakistan out for 224 and 245. In that game, Rahul Dravid played a knock of 270 runs, which remains his highest score in the longest format of the game. He was also awarded the Player of the Match trophy.

Taking to Twitter Tendulkar wrote," Congratulations on a wonderful career, Parthiv! Your never say never attitude is something that has always stood out for me and I still remember the gutsy innings you played against Pakistan at Rawalpindi as an opener. All the very best for your future endeavours my friend."

Earlier in the day, Parthiv announced his retirement from all forms of cricket. Former India batsman VVS Laxman wished Parthiv luck for his second innings.

"Congrats PP on a wonderful career. Will forever cherish some of the memorable moments we shared together. I am sure you will continue to contribute to the game. Good luck for your 2nd innings," Laxman wrote on his Twitter post.

Pacer Jasprit Bumrah congratulated Parthiv Patel on a wonderful career and wished him luck for his future endeavours. "Good luck for what the future holds,@parthiv9 and congratulations on a superb career! It was a pleasure playing alongside you," tweeted Bumrah.

Many former teammates of Parthiv, including Virender Sehwag and Yusuf Pathan, also took to Twitter to congratulate the wicket-keeper on a wonderful career.

"Congratulations #ParthivPatel on a very good career. Your determination to continue to work hard and dream big despite many challenges was fantastic and I wish the best for you in the future. Happy retirement Nikke," tweeted Sehwag.

"Congratulations on your wonderful career @parthiv9. Many moments to cherish in your long career. Wishing you all the best for your 2nd innings. Happy retirement. #ParthivPatel," tweeted Yusuf Pathan.

Former India spinner and captain Anil Kumble also said that it was wonderful to play alongside Parthiv.

"Well done PP on a fantastic career. It was wonderful to have played with you. Will cherish those memories. Have a good second innings buddy. Best wishes to you and family," tweeted Kumble. 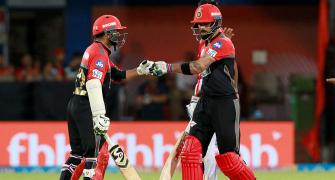 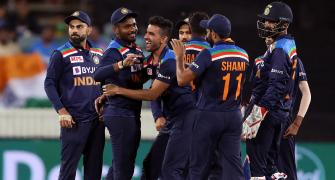 How India bounced back after a difficult start in Aus 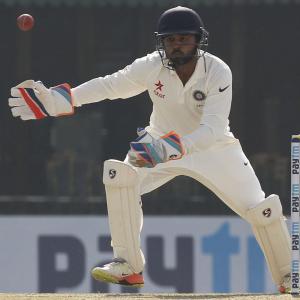