Revealed: How Virender Sehwag got into the Indian team

Former BCCI secretary Jaywant Lele wants discarded Indian opener Virender Sehwag to be recalled and made an integral part of the Indian team in all three formats of the game for his match-winning abilities.

"He is a batsman who has scored two triple hundreds and one near triple hundred in Test cricket. He's a match-winner. Sehwag should be in the Indian team in all three forms of the game as long as he is fit and available," Lele said at the Cricket Club of India on Monday, while delivering the keynote address at the 'Legends Club' on former captain Vijay Hazare's 98th birth anniversary. 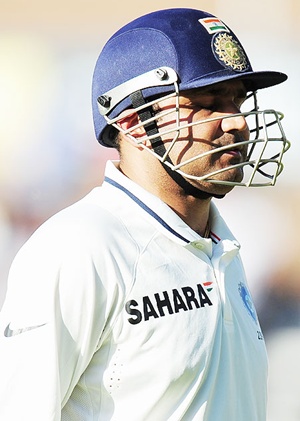 The outspoken Lele claimed how he had played a role in Sehwag getting a firm foothold in the Indian team through the ODI route early on in the Delhi dasher's career.

"Selector Madan Lal used to bring up Sehwag's name consistently in selection committee meetings chaired by Chandu Borde as the player used to score 40, 50 regularly batting at 7 or 8 in domestic matches and after a lot of persuasion was included in the squad of 15 in the ODI series against Zimbabwe (December, 2000)," Lele recalled.

"When captain Sourav Ganguly was banned from the Rajkot game due to the over rate penalty, Madan asked me to try and convince Borde to give Sehwag a chance. I persuaded Borde to include him in the XI."

"Borde agreed only on the condition that I take up the entire responsibility by saying he could not be contacted. I agreed. Sehwag is still playing," Lele said.

Lele recalled Gary Sobers' lofty praise of Sehwag's abilities during a talk show in Mumbai a few years ago when the greatest all-rounder ever said the opening batsman was the Indian player he liked most for his attacking play.

"When I met Sandeep Patil before the Test series," Lele added, "I told him about Sehwag's match-winning qualities and he agreed."

Lele also revealed how Raj Singh, as BCCI president, had not okayed a squad to Zimbabwe with Sourav Ganguly as its vice-captain following talks he had previously had with captain Mohammed Azharuddin and coach Anshuman Gaekwad who had not liked the Bengal stalwart's attitude.

"There is a clause in the BCCI's constitution that all touring squads need to be approved by the president. In one instance, when the squad was picked for Zimababwe (1998) with Azhar as captain, Raj Singh did not okay it as it had Ganguly named as vice-captain."

""He confronted the selectors after having heard Azhar and Anshu speaking against Ganguly prior to the meeting and asked them how was he was named as vice-captain. It got changed and Anil Kumble became the vice-captain and the team was given the nod by the president," Lele said.

India played a one-off Test and 3 One-dayers on that tour.

The former BCCI secretary was against the idea of paid selectors introduced by the Board a few years ago, but agreed to the idea of selection committee meetings and the Board AGM being telecast 'live'.

"There is no harm in telecasting the AGM. But there are some secrets in the Board and they will not like them to be made public. I am against the concept of paid selectors. They should be given some extra money as compensation but not like Rs 50 lakhs, Rs 60 lakhs (em>Rs 5 million, Rs 6 millionper year," Lele said, answering a question. 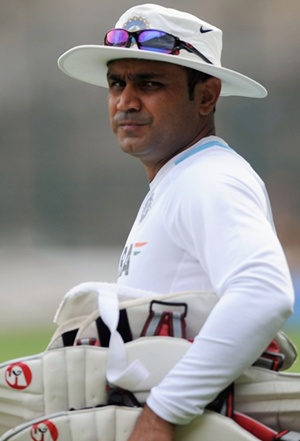 Though the Board rakes in moolah from the lucrative Indian Premier League, Lele felt that the T20 format was harming Test cricket.

Lele recalled the days when the BCCI was in the red to the tune of Rs 75 lakh (em>Rs 7.5 million) when the late Madhavrao Scindia was at the helm of its affairs and Lele was the Board's joint secretary in 1990-1991.

"Scindia wanted his green signal to conduct even routine meetings as the Board had suffered a loss of Rs 75 lakh. It was only from 1993 when the I S Bindra-Jagmohan Dalmiya team took over, that money started flowing into the coffers with the first sign of it coming when Star Sports agreed to pay Rs one crore (Rs 10 million) annually to the Board for the next five years for getting telecast rights for matches," he said.

"After five years, when the contract ended, Star Sports were willing to double the amount, but on the insistence of Dalmiya, tenders were called for and we were shocked to see Doordarshan, which was telecasting matches free of charge from 1980 to 1993, bidding for the rights by offering Rs 235 crore (Rs 2.35 billion) for the next five years and the Board became rich," he reminded the audience.

Lele praised former IPL chairman Lalit Modi for multiplying this amount several times when he headed the T20 tournament for three years from 2008 to 2010 and criticised the BCCI for taking disciplinary measures against Modi for alleged financial irregularities.

"He brought in Rs 9,500 crore (Rs 95 billion) to the Board's coffers from 2008 to 2010. They should have simply thrown him out if they wanted to punish him, but should not have pursued the matter and forced him to leave the country," Lele said.

"It was in 1994 or 1995, when he met me with Amrit Mathur, who was with the Indian Railways, and offered to sponsor Baroda for Rs one lakh (Rs 100,000) per year and we accepted it. But on the eve of the the next BCCI AGM, he wanted me to give him a letter to attend the meeting as Baroda's representative which I refused without getting the managing committee's approval."

"Modi was the one to come up with the idea of the IPL-like league at that time," Lele said, adding that Dalmiya scuttled the move.

Lele was in favour of day-night Test matches and Ranji games being played under lights, but was against India playing Pakistan at neutral venues. 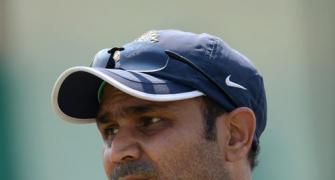 'Sehwag could have been given a chance in Mohali' 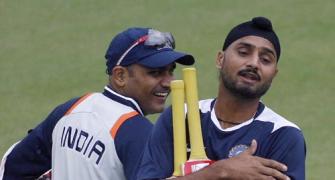 'Sehwag is a pure match-winner' 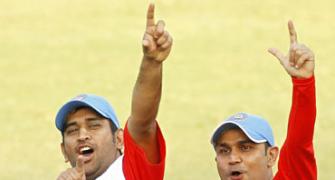 'His thinking is entirely different' 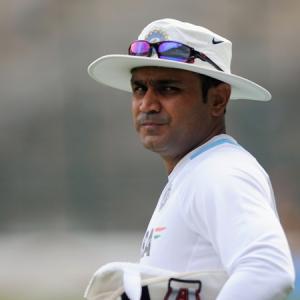 Is there a way back for Sehwag? 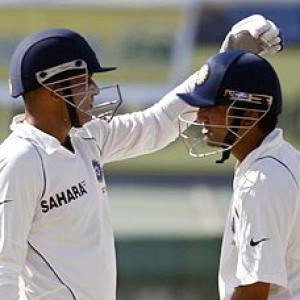 Why Sehwag and Gambhir got the axe