Veteran Syed Abbas Ali smashed an unbeaten century to guide Tripura to 228 for six against Andhra Pradesh on the opening day of their Ranji Trophy Group C match in Ananatapur.

Ali's 103, which came off 187 balls, rescued Tripura from a precarious position as the visitors were tottering at 54 for three at one stage.

The left-handed Ali was cynosure of all eyes as he stitched three vital partnerships -- 32 runs with skipper Ajay Ratra, 44 with Abhijit Dey and 67 with Debabrata Chowdhury -- to single-handedly steer Tripura's innings.

Middle-order batsman Parvez Rassol scored an unbeaten 90 to help Jammu and Kashmir reach 196 for seven against Goa on the opening day of the Ranji Trophy Group C match in Porvorim.

Coming into bat after the fall of Arshad Bhatt with the score reading 36-2, number four batsman Rassol played patiently and anchored the innings with his 90 runs which came off 205 balls with 10 hits to the fence.

However, apart from Rassol, none of the other batsmen could stay longer as J&K kept losing wickets in regular intervals at District Institute of Education and Training Ground.

Earlier, opener Ian Dev Singh scored 36 runs in 148 balls with four boundaries but once he was gone it was left to Rassol to anchor the innings after J&K won the toss and elected to bat first.

Sher Yadav and SS Bandekar were the best bowlers for Goa as they snapped two wickets each, while SS Dhuri, SB Jakati and AS Desai took one each.

Jharkhand spinners Shahbaz Nadeem and Sunny Gupta spun a web around Assam batters to bundle out the hosts for 179 on the opening day of their Ranji Trophy Group C match in Jamshedpur.

Gupta (4/56) and Nadeem (4/65) polished off the middle and lower order with only Hokaito Zhimomi (48), Gokul Sharma (37) and Tarjinder Singh (37) making significant contribution for Assam.

At stumps, Jharkhand were two for 0 with Manish Vardhan (2) and Rammez Nemat (0) at the crease.

After being put in to bat at Keenan Stadium, Assam openers Pallavkumar Das (0) and skipper Dheeraj Jadhav (13) departed in quick succession. While Das was scalped by left-arm seamer Jaskiran Singh, Jadhav was caught by wicketkeeper Shiv Gautam off Gupta.

Amit Sinha (1) was castled by pacer Shankar Rao as the hosts were left tottering at 26 for 3.

Zhimoni and Sharma then steadied Assam's sinking ship with a vital 75-run stand for the fourth wicket but both were sent back to the pavilion within a span of three runs.

Gupta struck again to get rid off Syed Mohammad (12) as the hots were looking down the barrel at 135 for six in 69.5 overs.

Gupta then went on to claim wicketkeeper Rajdeep Das (5) while Nadeem picked up Tarjinder, Abu Nechim (19) and Arlen Konwar (1) to wrap up the Assam innings. 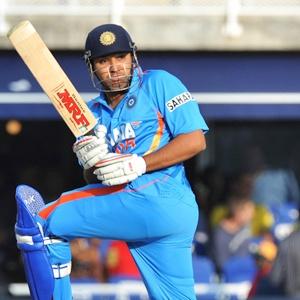 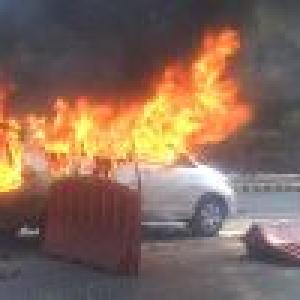 'Syed Kazmi framed in conspiracy that goes beyond India'