Young middle-order batsman Mandeep Singh scored an unbeaten 158 to guide Punjab to 329 for 5 against Uttar Pradesh in the opening day of the Group A Ranji Trophy Elite division match in Mohali on Thursday.

Mandeep hit 25 boundaries en route to his century-plus innings that came off 264 balls.

Karan Goel (68 off 141 balls, including 11 fours) and Mayank Sidhana (37 off 57 balls) chipped in with useful knocks to swell Punjab's total.

However, Punjab's start was far from rosy after out-of-favour India off-spinner Harbhajan Singh won the toss and elected to bat at the PCA stadium.

But Mandeep and Goel joined hands and stitched 167 runs for the third wicket to resurrect the innings.

At stumps, Sandeep Sharma (5) was at the crease with Mandeep.

Captain Manoj Tiwary's unbeaten 120 guided West Bengal to 261 for 4 on the opening day of their Ranji Trophy Super League Group B match against Gujarat at the Eden Gardens in Kolkata.

Tiwary shared an unfinished 105-run partnership with Wriddhiman Saha (41 not out) while former India captain Sourav Ganguly chipped in with 34 off 63 -- packed with seven boundaries.

While Tiwary hit both medium pacers and spinners all around the wicket to garner 120 off 234 balls, including 20 hits to the fence, Saha scored 41 off 73 deliveries, inclusive of seven fours.

Gujarat struck early, claiming the wickets of openers Arindam Das and Parthasarathy Bhattacharjee with 3 and 26 runs respectively on the board.

The visitors tightened their stranglehold as they got Arindam Ghosh, who scored 29, with the total reading 78.

But once Ganguly joined Tiwary, the hosts gained momentum and runs were scored from all corners. However, while going for a big hit Ganguly mistimed spinner J T? Makla and was caught at cover by P K Panchal.

Saha joined Tiwary after Ganguly's exit and both played judiciously to take the total to 261 at the draw of stumps.

Opting to bat after the coin landed in skipper Wasim Jaffer's favour, Mumbai were off to a sedate start, as openers Kaustubh Pawar (31) and Jaffer (33) put on 56 runs in 17 overs.

Both, however, fell in quick succession, to Ranjitkumar Mali and J P Yadav.

One-down bat, Prashant Naik could not do much, falling to Sanjay Bangar for 10.

The show then belonged to Sharma and Yadav who stitched together a 180-run partnership for the fourth wicket that put the 39-time champions on top.

During his 263-minute stay at the wicket, Sharma struck 14 boundaries and a six while facing 214 balls.

Yadav too found the fence an equal number of times and faced 121 balls during his 157-minute tenure at the Karnail Singh Stadium.

Anureet Singh provided the breakthrough, trapping Yadav, with the scoreboard reading 277 for four.

Iqbal Abdullah then fell to Shreyas Khanolkar for 25, but Onkar Gurav negotiated the day along with Sharma to ensure that Mumbai did not lose another wicket.

An unbeaten century by Ravindra Jadeja catapulted Saurashtra to a formidable 305 for 5 on the opening day of their Ranji Trophy match against host Orissa at the Barabati stadium in Cuttack.

Put in to bat after Orissa won the toss, the visitors put up an impressive show riding on Jadeja's explosive 141 not out, inclusive of 17 hits to the fence and one over it off 213 balls. The batsman stuck around for 277 minutes.

Adding punch to Saurashtra's batting was an equally valiant knock by Bhushan Chauhan, who grabbed 83 runs that included 15 boundaries. He faced 171 balls during a 240-minute stay at the crease before being caught by Nataraj Behera off pacer Basant Mohanty.

K B Pawan struck an unbeaten 121 to help Karnataka post a strong 273 for three on Day 1 of their Ranji Trophy Elite Division match against defending champions Rajasthan in Udaipur.

Put in to bat by rival skipper Hrishikesh Kanitkar, Karnataka were off to a disastrous start, losing Robin Uthappa without a run on the board, pace spearhead Pankaj Singh doing the damage in the first over of the match.

Pawan and Satish then steadied the innings with a 45-run stand for the second wicket and the former then added another 88 runs for the third wicket with Pandey.

However, it was the century-plus stand between Pawan and Verma that enabled Karnataka take the day's honours at the Filed Club ground.

For Rajasthan, Singh, Deepak Chahar and Sumit Mathur picked a wicket each.

Pradeep Sangwan and Parvinder Awana shared five wickets between them, helping Delhi reduce Haryana to 256 for 7 on the opening day of their Group A Ranji Trophy Elite division match in Delhi.

For most of the day, Haryana were in command with Sachin Rana (80), Abhimanyu Khod (68) and Sunny Singh (51) contributing with fine half-centuries each. But a mini collapse just before the draw of stumps helped Delhi gain the upper hand.

While Sangwan finished with impressive figures of three for 54, Parvinder Awana chipped in with two for 72.

From 241 for four at one stage, Haryana ended the day on 256 for seven, losing three wickets for just 15 runs.

The opening day's play of the Super League Group B Ranji Trophy match between hosts Tamil Nadu and last year's finalist Baroda was washed out without a ball being bowled.

After several inspections of the wet ground, umpires K Hariharan and Bharti Vij called off the first day's proceedings at 3.30 pm. 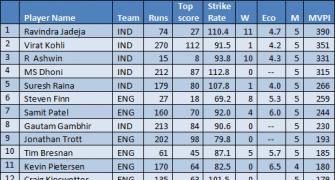 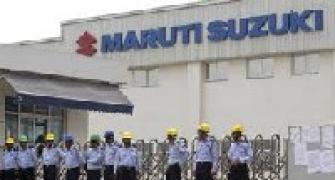 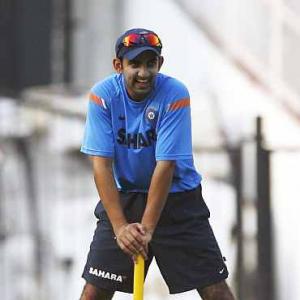 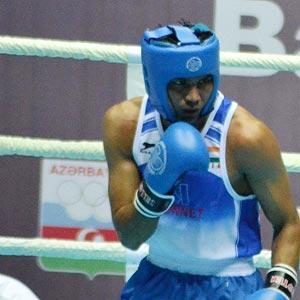 One year after CWG, Manoj waits for promised promotion