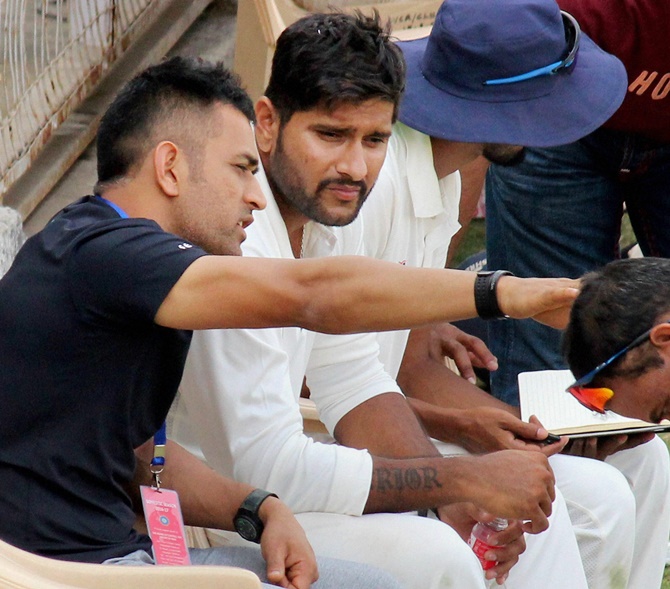 Mumbai picked up four wickets after a third-wicket stand of 110 to keep Tamil Nadu to 261 for six on Day one of their Ranji Trophy semi-final, in Rajkot, on Sunday.

Baba Indrajith top-scored with 64 for Nadu Nadu, who opted to bat after winning the toss, and Kaushik Gandhi (50) was the other half centurion for the team.

At stumps, Vijay Shankar (41) and A Aswin Crist (9) were at the crease, and the duo will look to help Tamil Nadu go past 300, on Monday, at the Saurashtra Cricket Association Stadium.

Seamer Shardul Thakur and Abhishek Nayar picked up two wickets each, while there was one each for Balwinder Sandhu and Vijay Gohil.

Batting first, Tamil Nadu were off to a sedate start as openers Abhinav Mukund (38) and V Ganga Sridhar Raju (19) put on 45 runs in just under 17 overs.

It was Nayar who gave Mumbai their first breakthrough when he had Ganga Sridhar Raju, making his first-class debut, caught behind by Aditya Tare.

Skipper Mukund was dismissed when he was looking good, again caught by Tare off Sandhu's bowling, and it was then left to the duo of Gandhi and Indrajith to steady the Tamil Nadu innings.

Mumbai staged a fightback of sorts as they took four wickets after tea, including the important ones of Indrajith, who was caught down the leg side off Shardul, and Gandhi.

Vijay Shankar and Aswin Crist ensured there was no further damage with an unbroken 30-run stand late in the day, but with Mumbai having taken the new ball they will have their task cut out on the second day.

Red hot Priyank props up Gujarat to 283/3 vs Jharkhand

Gujarat opener Priyank Panchal's dream season in first-class cricket just got better as his unbeaten 144 enabled Gujarat to reach a comfortable 283 for 3 against Jharkhand on the first day of the Ranji Trophy semi-final, in Nagpur.

Panchal and skipper Parthiv Patel's 62 were the two significant contributions after Gujarat won the toss.

The day certainly belonged to Panchal, who again showed fantastic temperament during his 252-ball undefeated knock that had 21 boundaries.

He blended caution with occasional aggression adding 139 runs for the third wicket with Parthiv, whose 62 had six fours and a six.

Panchal now has scored five centuries in the current season and his accumulated runs in the national championship has swelled to 1264 runs already with a staggering average of 114.90.

Gujarat started cautiously with world record holder Samit Gohil once again playing his defensive game as he crawled to 18 off 52 balls before seamer Vikash Singh removed him caught by Virat Singh.

It was the 173rd delivery and just at the stroke of tea that Panchal struck a boundary to complete his 10th hundred in first-class cricket.

Gujarat went into the tea at 192 for 2 and scored 91 runs in the final session even though Parthiv was well set. It was Kaushal Singh delivery that trapped him leg before as the ball straightened after pitching.

Former India A and Delhi Daredevils player Manprit Juneja (12) is at the crease alongside Panchal as Gujarat would be looking at a first innings total in excess of 450 to put pressure on Jharkhand. Vikash with 2/48 in 13 overs was the most successful bowler for Jharkhand. 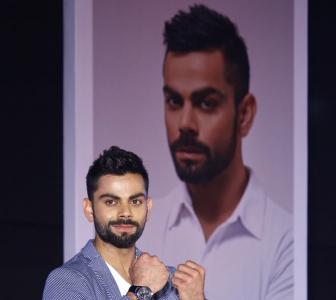 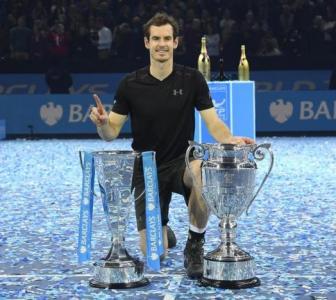 You can call him Sir Andy Murray from now on... 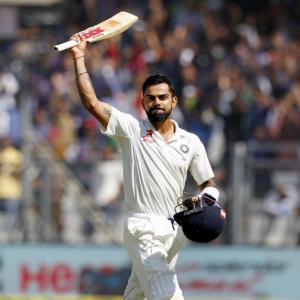