All-rounder Karan Sharma grabbed a career-best eight-wicket haul as Railways crushed defending champions Rajasthan by an innings and 12 runs to record their first Ranji Trophy win of the season in Bhubaneshwar on Tuesday.

Replying to the Railways' mammoth first innings score of 405, Rajasthan were following on after being dismissed for 135.

Their second essay ended at 258 with Karan being the wrecker-in-chief in the Group A encounter.

With this win, Railways, who had drawn their previous five matches, have jumped to fifth position with 14 points.

Rajasthan, in contrast, remained at the bottom of the heap with five points from six matches after succumbing to their third successive loss.

While Rohit consumed 194 deliveries for his 68-run knock, which included five fours and a six, Menaria proved to be the aggressor with his 69-ball 56 which was studded with 10 boundaries, including a six.

Menaria was the first to fall with the team score reading 185. His departure triggered the spectacular collapse during which five batsmen failed to touch double-digit scores.

Dishant Yagnik teamed up with Bist for a while with a 42-ball 27 but the two could not save the day for Rajasthan as Railways cruised to a thumping win. 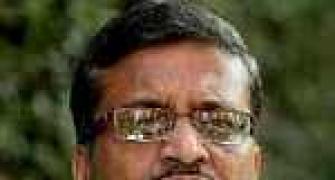 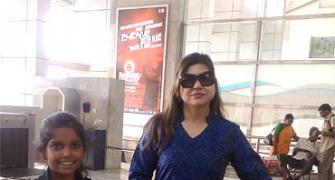