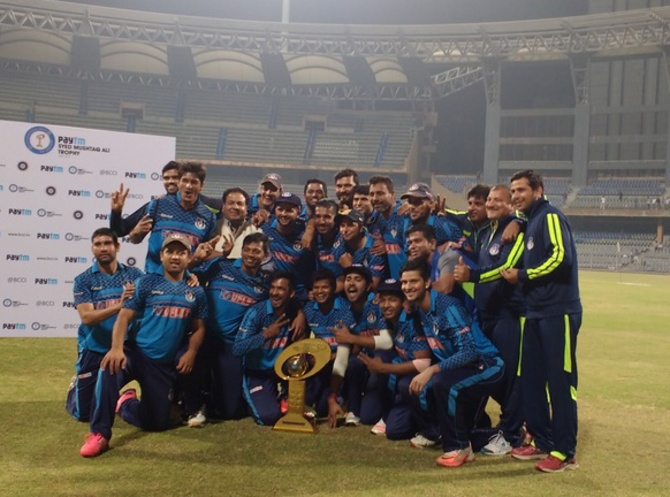 Uttar Pradesh clinched their maiden Mushtaq Ali T20 title with a thumping 38-run victory over two-time champions Baroda in the final under flood-lights, at the Wankhede Stadium in Mumbai, on Wednesday.

Displaying a fine all-round show, the Suresh Raina-led team pulled out all stops -- even overcoming the loss of the toss -- to put it across the champions of 2011-12 and 2013-14 and win the summit clash in front of a crowd of 5,000 spectators.

This was UP’s ninth straight win in the tournament, including five in the preliminary league phase and three more in the Super League stage, held in Mumbai.

UP built their innings around opener Prashanth Gupta’s 49 off 41 balls and Raina’s unbeaten 47 off 37 balls to post a challenging score of 163 for 7.

In reply, Baroda lost half their side for 84 and were then stopped at 125 for 7 wickets.

Yadav’s dismissal of Baroda’s most successful batsmen of the tournament, the Australia-bound Hardik Pandya (13) and Deepak Hooda (15), tilted the game UP’s way.

Medium pacer Ankit Rajpoot picked an early wicket in his opening spell and then returned to snap two more to finish with figures of 3 for 30.

Yusuf Pathan, known for his big-hitting prowess, flopped miserably, crawling to 14 off 27 balls.

Captain Irfan Pathan came in at No. 7 but, by that stage, the asking rate had climbed beyond 12 per over.

And when he smacked a full toss to the deep fielder, the game was as good as over for Baroda for whom Soaeb Tai top-scored with an unbeaten 26 off 24 balls, which included three fours.

Earlier, put in to bat, Uttar Pradesh benefited from some poor work in the field by Baroda. 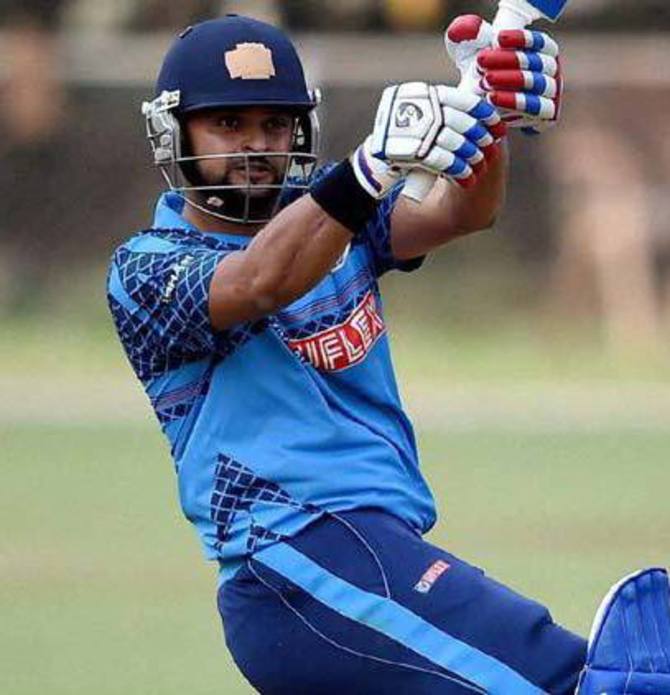 Shah dropped Gupta on 5 off Munaf Patel in the second over and then missed an easy stumping chance off Raina when the batsman was on 32 off the bowling of off-spinner Tai in the 16th over.

Gupta and Raina, whose previous highest score in five games in the tournament was 28, put on 60 runs for the second wicket in 46 balls to lay the platform.

Gupta was also lucky to be caught off a no-ball when on 17. He and opening partner Samarth Singh gave a brisk start to the innings by putting on 37 in 31 balls before the latter dragged the ball on to his stumps.

Later, Bhargav Bhatt grabbed the wickets of Gupta and UP’s leading scorer, Eklavya Dwivedi, in three balls at the same total of 97 to peg the side back.

But Raina, though not at his fluent best, held one end up and stayed till the end, smacking two sixes, the second over mid-wicket off the last ball from Irfan Pathan, followed by two fours.

Piyush Chawla played a cameo of 17 off 13 balls after he was let off on one by Yusuf Pathan at mid-on off Tai.

Pathan finished with one wicket for 44 while, surprisingly, Bhatt was not given his full quota of overs after having taken 2 for 13 in his two overs.

Irfan also did not utilize his brother, Yusuf. 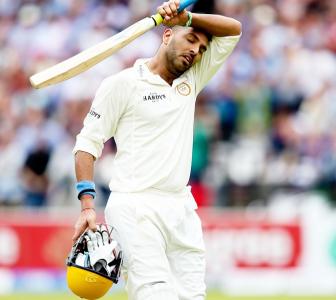 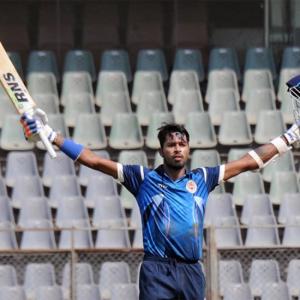 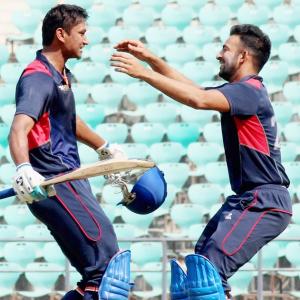