Tiwary, Pandey star in big win over South Africa 'A' 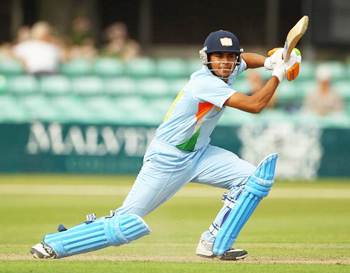 Manoj Tiwary and Manish Pandey missed out on the three-figure mark, but their contrasting knocks were enough to guide India 'A' to a comprehensive 70-run victory over South Africa 'A' in the second match of the quadrangular series, in Darwin, on Tuesday.

In reply, medium fast bowler Dhawal Kulkarni ran through the middle-order, claiming five for 54, as the Proteas were dismissed for 256 in 47.1 overs.

Tiwary and Pandey added 124 runs for the third wicket to lay the foundation for the huge total. The Bengal batsman faced 73 balls, hitting nine fours and a six, while Pandey dropped anchor during his 108-ball innings that was studded with seven fours and a six.

Former India Under-19 captain Unmukt Chand (47) then joined forces with Pandey but the duo failed to score at a quick clip during their 84-run second-wicket partnership.

Chand hit three fours and two sixes in his 62-ball innings before perishing to a rank bad shot, caught by Rilee Russouw in the deep and giving off-break bowler Simon Harmer his only wicket.

While South Africa scored 54 runs for the opening stand, they were never in the match as they lost wickets at regular intervals.

Kulkarni bowled to a good channel as he got movement off the pitch.

Off-spinner Parveez Rasool (2-48) was instrumental in providing the initial breakthrough.

Reeza Hendricks (52) was the top scorer for the South Africans. 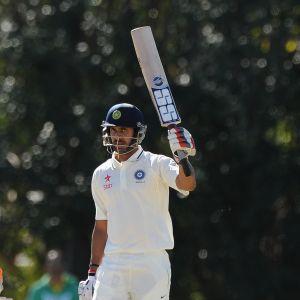 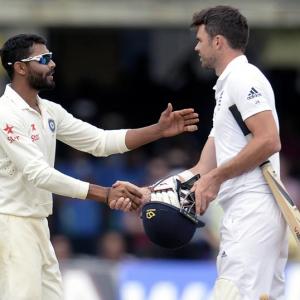