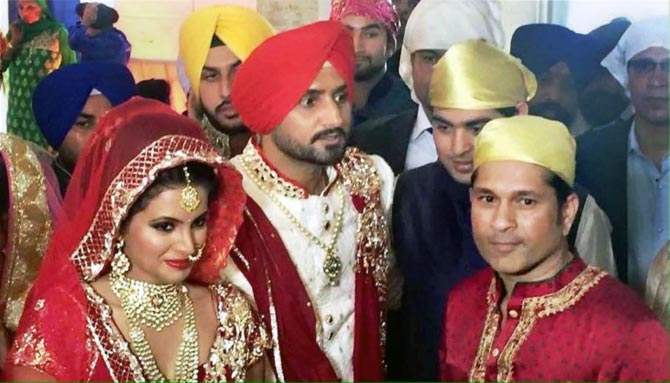 A shimmering embroidered curtain falls on one of the speculated-upon celebrity-romances in recent times.

Cricketer Harbhajan Singh and actress Geeta Basra, who were rumoured to be a pair for more than eight years now, have finally made it official.

They tied the nuptial knot in a gurudwara in Jalandhar.

While the groom looked dapper in a off-white sherwani and red turban, the bride was looking resplendent in a traditional red and gold lehenga.

The wedding was attended by some close relatives and friends, including cricket icon Sachin Tendulkar and wife Anjali. 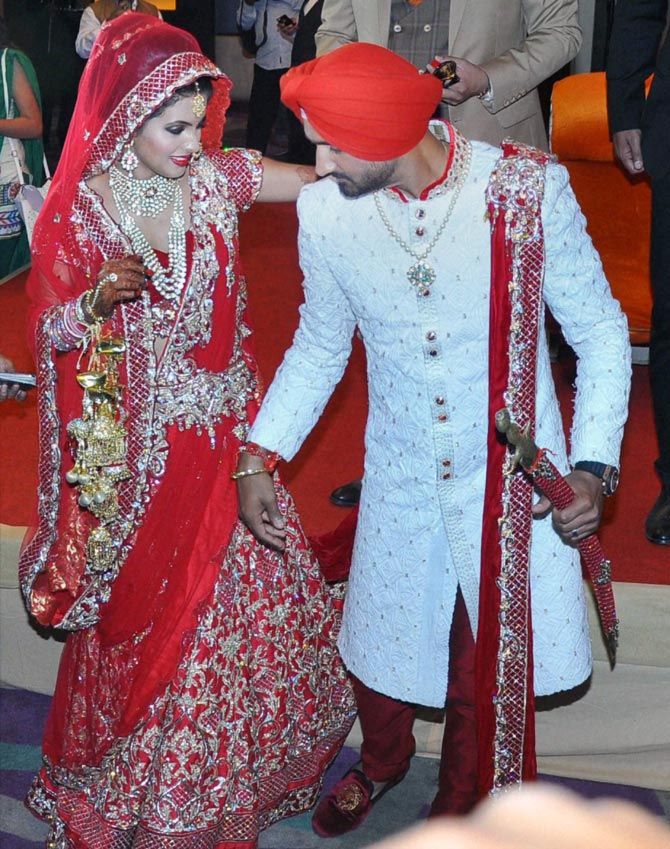 In a ceremony attended by close relatives and friends the couple exchanged marriage vows through Sikh rituals. No member of the film industry was in attendance.

Says a source from Jalandhar: "Only Sachin Tendulkar and his wife from Harbhajan's side was seen. No one from the entertainment industry attended from Geeta's side."

A lavish reception would be hosted later in the day. Among the invitees was Archana Kocchar, who designed the bridal look of Geeta, who she referred to as "the future Mrs. Harbhajan Singh,"

Geeta and Harbhajan never acknowledged their relationship in public.

However on July 3 this year, as cricketer Harbhajan Singh turned 35, he went public with his long-standing relationship with his girlfriend actress Geeta in a very unusual way. 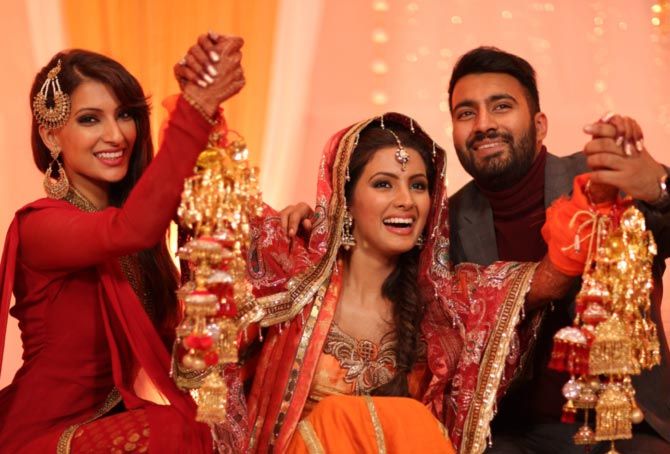 In Smeep Kang's Second Hand Husband where Geeta played one of the leads Harbhajan made a surprise guest appearance at the end as the man she chooses to marry.

Sources close to the couple say this was their way of going public with their relationship.

"Bhaji and Geeta have always firmly denied any marriage plans. But the entire cricket fraternity calls Geeta 'Bhabhiji'. We all knew their marriage was definitely happening,” says a source. Earlier, a mehendi and sangeet ceremony were also held at Harbhajan's family home.

The high-profile reception is slated for November 1 in New Delhi with Prime Minister Narendra Modi also expected to grace the occasion.

Apart from his Team India team mates like Yuvraj Singh and Virat Kohli, Bollywood celebrities like Amitabh Bachhan, Shah Rukh Khan and Priyanka Chopra are also likely to attend the reception in the capital.