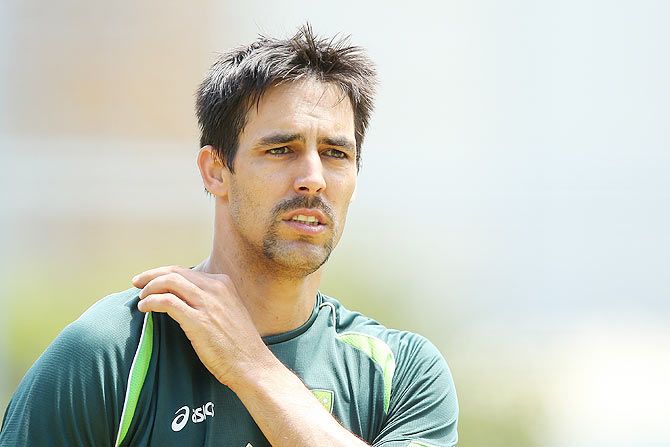 Mitchell Johnson looks on during an Australian nets Session at The Gabba. Photograph: Chris Hyde/Getty Images

In what will be a dress rehearsal of their opening game in the World Cup, an unbeaten Australia take on England in the cricket tri-series final, in Perth on Sunday.

Having accumulated 15 points from four matches, George Bailey-led Australia undoubtedly start as overwhelming favourites with a fit-again Mitchell Johnson set to bolster the attack at the WACA.

Despite the absence of Michael Clarke, the Aussies appear a gelled unit, with both their batting and bowling clicking during the tournament.

Perhaps the biggest question mark for them is the form of Bailey. He has scored 10 and 5 in his two outings thus far, before being suspended for the Hobart match against England. 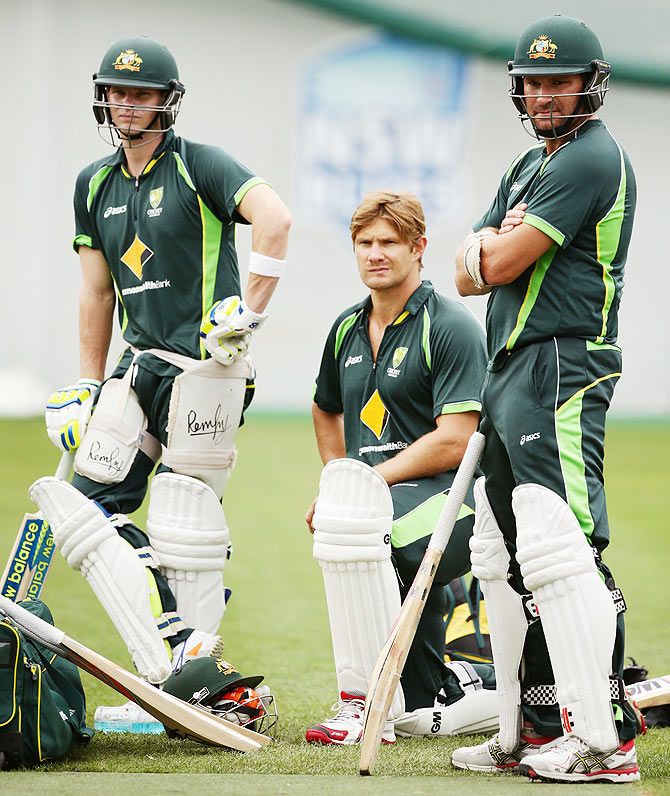 With Shane Watson still under an injury cloud, it is expected that the team management might give Bailey another go at number three in the batting line-up. The rest of the batting line-up picks itself. With Mitchell Marsh, Steve Smith, Glenn Maxwell, Brad Haddin and James Faulkner slotting in, they bat as deep as number eight.

The hosts will certainly bank on their pace battery led by Johnson and Mitchell Starc on a fast and bouncy track.

Australia have been quite comfortable throughout this series, only to be run close in the chase against England at Hobart. And this marks a remarkable turnaround for the Eoin Morgan-led side in this last one month. 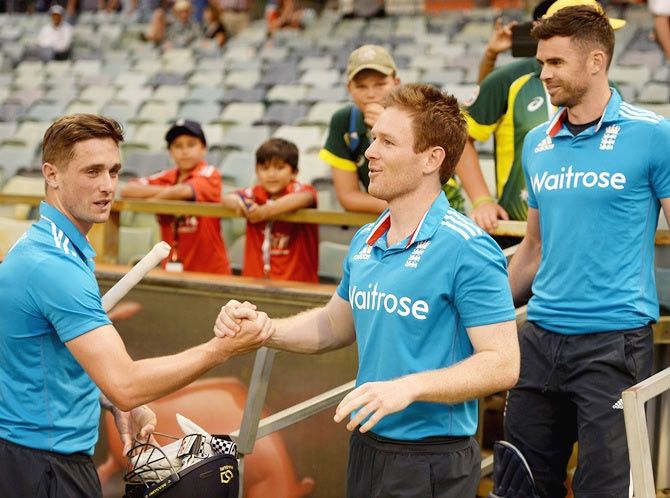 England look a completely different side to the one that played in Sri Lanka, a series they lost 5-2. It meant the end of the road for then-skipper Alastair Cook with Morgan taking over the reins.

Since then it has been an upward curve for England. Their batting hit form early, with Ian Bell in particular, getting runs in the practice games. The real test remained in facing India, having lost 3-1 at home in the ODI series the past summer.

But they brushed aside that challenge, winning comprehensively by nine wickets in Brisbane before the victory here in Perth on Friday to push the Mahendra Singh Dhoni-led side out of the tournament. 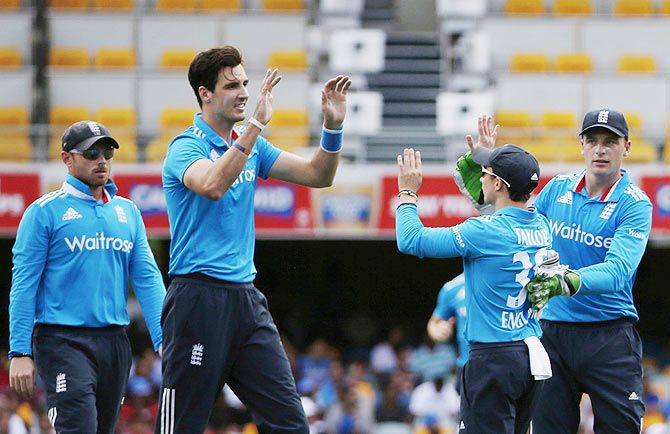 It is clear that their bowling attack, led by James Anderson and Steve Finn is relishing the Australian conditions.

The big question-mark for England will be their consistency. They need to sustain this climb in form going into the World Cup.

Even if they lose to Australia in the final, they won't mind it too much if they can continue to perform and run them close as they have done in the last two weeks, a completely different scenario from the Ashes summer twelve months ago.

Their encounter at Perth was perhaps the brightest spark on that tour, with England winning by 57 runs. It gives them more confidence heading into this final, with their opening clash in the World Cup nearly visible on the horizon. 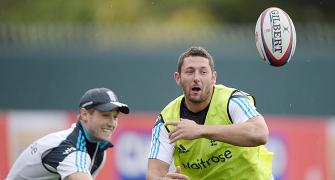 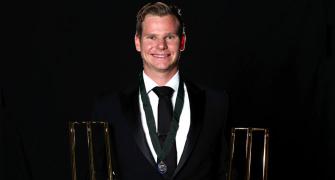 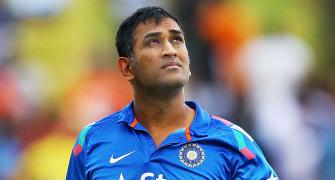 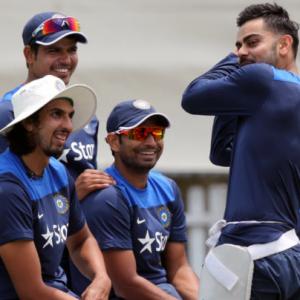 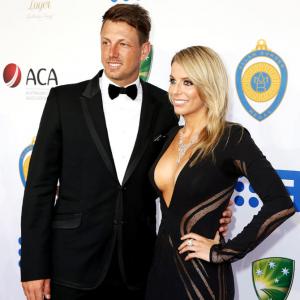